The FACP Retrovirus-The Doctor Is In 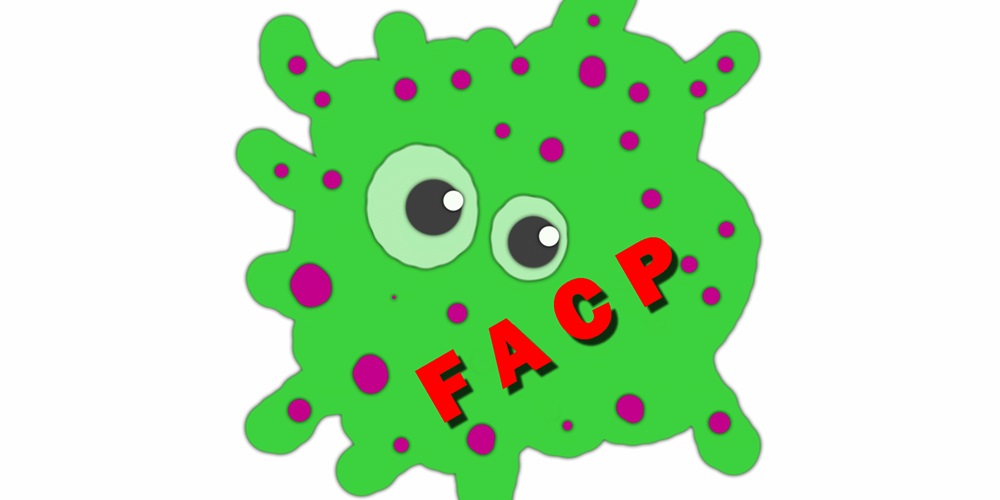 In layman's terms, a retrovirus is a virus that inserts a DNA copy of its genome into the host cell to replicate and is very hard to kill. The life cycle continues on ... and on ... and on. Here in the electrical world, we experience certain violations that have characteristics of a retrovirus that never seem to go away. I find one such violation with regard to fire alarms. Very simply, the labeling for the fire alarm circuit always seems to be written as, "FACP."

Just what is an FACP? FACP is supposed to relay "fire alarm control panel" to the person reading the panel schedule. But it falls way short of the mark. Would the typical layperson be able to understand that abbreviation? Would they really know what that means? Proper electrical panel labeling is an important code requirement, and labeling is supposed to be easily understood by people who are not involved in the electrical trade. Would the building occupant be able to decipher this abbreviation?

The virus has spread, and it has spread far and wide over many years. More often than not, I find the term FACP contained within the signed and sealed electrical plans, written on the panel schedule. This is a blatant Code violation. When I perform plan review, I list it as a correction. I estimate that as many as nine out of ten plans examiners will miss this item when performing plan review. Subsequently, when it comes time for the electrical worker to label the panel, he uses the same (incorrect) wording that is contained on the approved plan. In turn, the journeyman electrician or electrical helper learns incorrect labeling requirements. Finally, the electrical inspector gets there and doesn't know or think enough to correct this violation and passes the job.

In my experience, I've found many electrical inspectors check to see that the panel is labeled but fail to pay attention to exactly what the labeling says. This endless cycle seems to go on … and on … and on. Architects, engineers, electrical inspectors, contractors, master electricians, journeyman electricians, and helpers all need to pay attention to what the code actually requires; there is no one party at fault here. Everyone is responsible for producing a Code-compliant end result.

In the 2017 National Electrical Code (NEC), Article 760.41(B) states specifically that the circuit must be labeled using the wording, "FIRE ALARM CIRCUIT." It states: "The branch circuit supplying the fire alarm equipment(s) shall supply no other loads. The location of the branch-circuit overcurrent protective device shall be permanently identified at the fire alarm control unit. The circuit disconnecting means shall have red identification, shall be accessible only to qualified personnel, and shall be identified as 'FIRE ALARM CIRCUIT.' The red identification shall not damage the overcurrent protective devices or obscure the manufacturer's markings. This branch circuit shall not be supplied through ground-fault circuit interrupters or arc-fault circuit-interrupters."

In the 2016 edition of the National Fire Alarm and Signaling Code, the section number remained the same, but the language became less restricted. Now it states, "Methods for marking shall be permitted to include, but not be limited to, one of the following ... ." I don't mean to suggest that the wording is no longer mandatory—because it is. We must remember the standard is different from the Code. Codes are based on standards. A code is something that is adopted by a legislative body and effectively becomes the governing law. Use of the term "shall" in the NEC makes it mandatory that the term be fully written out (emphasis in caps no less).

I may seem like I'm splitting hairs, or straining to see a gnat. However, the Code is clear, and it is important that we all refresh ourselves with the many labeling requirements contained therein. It is very easy to become lax (myself included). The intent of the NEC, even as we can infer from Article 408.4, is that "... identification shall include an approved degree of detail that allows each circuit to be distinguished from all others." We all must re-educate ourselves from time to time and reread the exact requirements to achieve a Code-compliant product. As Code professionals, we all have to make the effort to do this.

It's easy to inoculate ourselves from the FACP retrovirus. Just DO the following:

It could be a matter of life and death should something need to be identified and checked during an emergency condition. Did you just cure yourself? Feel free to leave a comment in the section below! Doctor Nick wishes you all happy and safe wiring!

Nick Sasso has worked as an electrician's helper, journeyman electrician, master electrician, electrical contractor, electrical inspector, electrical plans examiner, chief electrical inspector and building official. He is an electrical contractor in four states and has served in court cases as an electrical, ADA and building-code expert. In 2005, Nick was appointed by Gov. Jeb Bush to the Florida Building Code Administrator's and Inspectors Board. He was subsequently reappointed by Gov. Charlie Crist.  In 2014 Nick was appointed by the National Fire Protection Association (NFPA) to Code Panel 5 – National Electrical Code. In addition, Nick Sasso serves on UL standards committees STP 1081 (Swimming Pool Pumps, Filters and Chlorinators), STP 2452 (Swimming Pool and Spa Cover Operators), STP 22 (Amusement and Gaming Machines), and STP 3030 (Unmanned Aerial Vehicles - Drones).  He works as an electrical plans examiner and can be reached through his website, www.electrical-code-expert.com. The comments and views expressed herein do not necessarily reflect the views of his employer, the NFPA, UL, or any code panel. Follow Nick on Twitter! @ChiefNickNEC.