In Black And White For Years: Concealment of flexible cords and cables 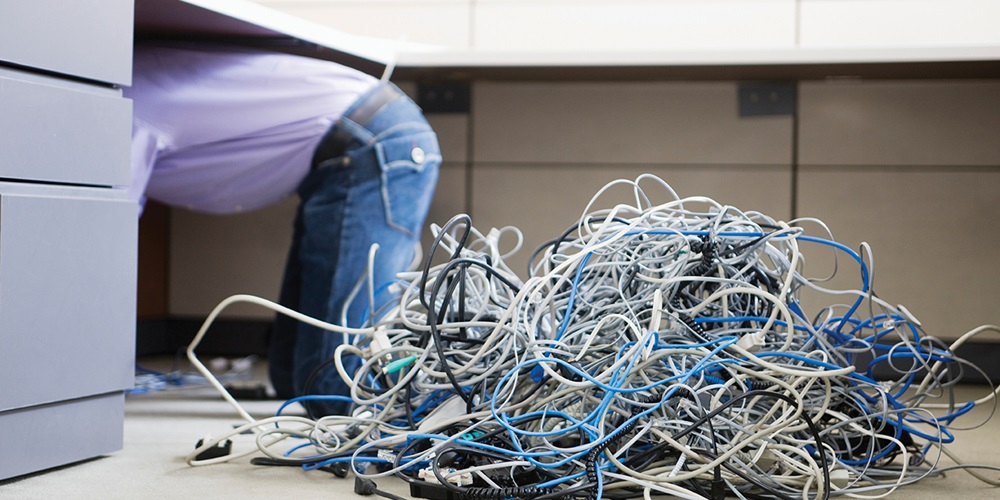 Concealment of flexible cords and cables that are installed as an integral part of appliances—or when used for connecting other electrical equipment—is an ongoing issue for the electrical industry. The history of the National Electrical Code (NEC) provides some insight.

Rubber-sheathed cable (later incorporated into Article 400) was permitted for exposed wiring in cold-storage areas and similar locations where trouble with moisture was an issue. Part III, “Installation of Materials and Apparatus,” consisted of chapters 3 through 17, which covered the installation of these general wiring methods. For example, Chapter 3 applied to conductors based on American wire gauge (AWG), and Table 1 applied to fixture wire; general power wiring, such as T, TW (these two insulated conductors were the precursors of TWN and THHN), R, RH, RW (general-use rubber, heat-resistant rubber, and moisture-­resistant rubber); and flexible cable. Chapter 6 covered cable assemblies, such as NM cable, AC cable, service-entrance (SE) cable, rubber-sheathed (flexible) cable, and nonmetallic surface extension (a nonmetallic cable assembly designed to be installed as surface-mounted cable between surface-mounted receptacle and switchboxes).

While many articles have been added to Chapter 4 since it was created in 1949, the general layout and intent of power connection using flexible cords and cables to general electrical equipment has not changed.

Two very pertinent sections of Article 400 are 400.7, covering uses permitted, and 400.8, covering uses not permitted. Section 400.7 states flexible cords and cables shall be used only for the following 11 applications: the connection of pendants, wiring of luminaires (both permanent and portable), portable and mobile signs, appliances, as elevator cables, for wiring of cranes and hoists, connection of utilization equipment to facilitate frequent interchange of equipment, prevention of transmission of noise or vibration, ready removal of appliances, connection of movable equipment, connection of movable parts (such as steam lid covers), and a new permission in the 2014 NEC to connect between an existing receptacle outlet and an inlet that provides power to an additional single receptacle outlet for a wall-mounted television or similar application (the assembly must be listed, the wiring within the wall from the inlet to the receptacle behind the television must be a Chapter 3 wiring method, and the exposed flexible cord is only used between the existing wall receptacle and the inlet without attachment to the wall).

Unless permitted in 400.7, as described in the previous paragraph, 400.8 states flexible cords and cables shall not be used as a substitute for a structure’s fixed wiring; run through holes in walls, structural ceilings, suspended ceilings, dropped ceilings or floors; run through doorways, windows or similar openings; attached to building surfaces (except in accordance with 368.56(B) from busway plugs to equipment with extra-hard usage cord or listed bus-drop cable); concealed by walls, floors or ceilings or located above suspended or dropped ceilings; installed in raceways except where specifically permitted elsewhere in the NEC; or where subject to physical damage.

Next month’s article will discuss installation issues for flexible cords and cables, focusing on common violations.