Another Autumn, Another New NEC 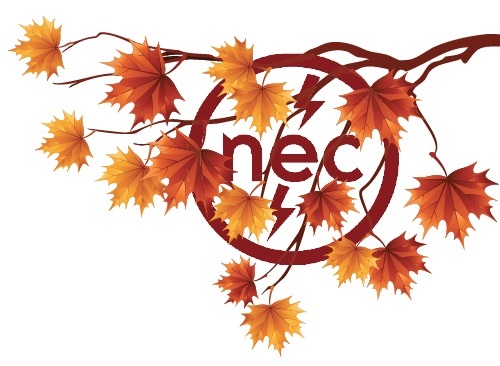 As we enter the fall, crops are ready for harvest, the leaves on trees are turning color, the evenings have a slight chill, baseball season is nearing an end, football season is just getting started, and we have a new 2014 National Electrical Code (NEC). While summer ends every year, the NEC is issued only every third year, always in August. The older I get, the closer these events seem to happen. I always eagerly anticipate the fall, especially the changes in the NEC.

These numbers reflect the state of the construction economy over the past few years. And rest assured, they certainly don’t reflect a lack of safety concern or interest in the electrical industry. That topic of discussion is as active as ever.

This article provides a brief but general description of the changes reflected in the new 2014 NEC. Over the next few years, I will provide the usual in-depth analysis of individual changes to the Code.

There are three new articles in the 2014 NEC. Article 393 expands the use of low-voltage, suspended-ceiling power distribution system for nonlighting systems, as well as 30-volt (V) or lower low-voltage lighting systems. The article identifies associated listed components and installation requirements for functions other than just lighting, such as audio/video equipment, HVAC actuators, air/temperature sensing devices, information technology equipment, and numerous other uses.

New Article 646 covers modular data centers (MDC). An MDC is a prefabricated unit rated at 600V or less, consisting of an outer enclosure housing information technology and various support equipment, which may be electrical service and distribution equipment, HVAC and UPS systems, and other similar devices. The original modular data center was a standard ISO shipping container that was modified to contain cooling systems and racks of information technology equipment servers. These data centers can be shipped in by truck and hooked up as self-contained units, and they permit quick expansion and contraction of computer data systems without having to spend the money building a fixed information technology equipment room.

There are also changes that occur throughout the NEC, such as ensuring that informational notes are located immediately after their appropriate rules, incorporating requirements for direct current (DC) in various locations with updates on DC applications in Article 480 for battery rooms, and ensuring consistency of text wherever the NEC requires lockable disconnecting means.

In the 2014 NEC, the phrases “600 volts or less” and “over 600 volts” will now be “1,000 volts or less” and “over 1,000 volts” to address the issue of higher voltage applications than the old Standard for Electrical Safety in the Workplace at 600V based on emerging technologies, such as wind turbines that develop power with voltages at 690V and photovoltaic systems with voltage at the 1,000V level. The terms “metal-enclosed switchgear,” “metal-clad switchgear” and “power switchgear” have been changed to a more generic term of switchgear throughout the NEC.

Article 690, which covers solar photovoltaic systems, has been totally revised for the new NEC with easier to understand and use text; the requirements also have been placed in a more logical order to make it easier to use the article.

Editor’s note: Look for a series of articles on 2014 NEC changes starting next month.