Rights-of-Way Are for the Birds: Managing power line corridors to help wildlife 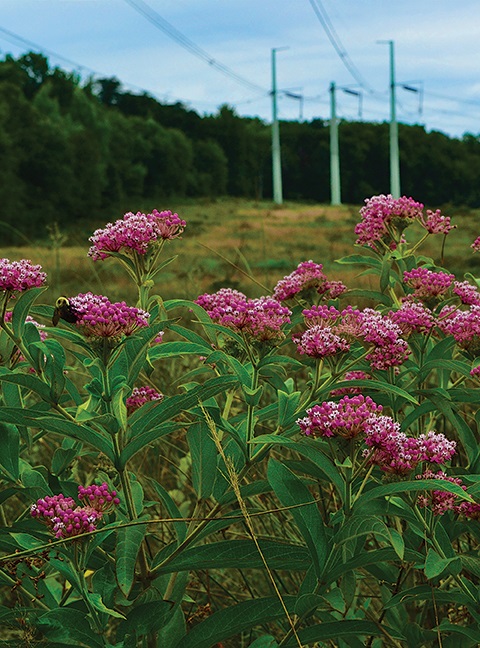 Vegetation along high-voltage transmission corridors and local distribution systems must have a low profile to prevent trees, tall vegetation and climbing vines from growing into or falling onto power lines. Such interference with the cables can cause power outages within the system, and, as we have seen on the West Coast, can spark devastating wildfires.

There are federal and state requirements associated with managing vegetation along power line corridors, such as the North American Electric Reliability Corp.’s FAC-003-04, “Transmission Vegetation Management,” as well as voluntary consensus standards, such as the American National Standards Institute’s ANSI A300.

Utilities, however, have an opportunity to take vegetation management along their power line rights-of-way (ROWs) beyond simple trimming and mowing, by promoting native low-growing vegetative communities, which offer numerous benefits. Most important, they meet requirements for vegetation compatible with the safe, reliable operation of transmission infrastructure and its access by lineworkers.

Power line ROWs cover a significant amount of land across the United States, which means the potential for significant benefits. A study in the journal Biological Conservation found that high-voltage power line corridors alone can potentially provide approximately 5 million acres of habitat where pollinators and other wildlife can find food, shelter and nesting areas.

Rick Johnstone, president of IVM Partners Inc., a Newark, Del., nonprofit, explained that using integrated vegetation management (IVM) best practices is an ideal way to achieve all these objectives. IVM involves the strategic deployment of a combination of appropriate, environmentally sound, cost-effective methods to control incompatible vegetation. Some common techniques used in IVM include mowing/bushhogging, selective tree cutting, herbicide application, biological controls and seeding. The trick is to deploy the right methods for the species present and the general state of the plant community. If it’s overgrown, you might start by bushhogging first to get the vegetation down to a manageable height and then follow up by spot-treating incompatible plants with an herbicide to keep them from growing back.

Johnstone explained that the traditional strategies of frequent mowing and tree cutting usually promote the regrowth of incompatible vegetation, particularly invasive species (aggressive, nonnative plants), which provide little to no benefit to pollinators, birds or other wildlife. The constant regrowth of incompatible vegetation means frequent maintenance is needed, making it cost- and labor-intensive.

“If you use the right techniques and the right [herbicide] chemistry, you’ll restore the habitat that used to be there but hadn’t been allowed to be there due to routine cutting,” he said. “If you kill the root systems of unwanted species, the seeds in the soil will have a chance to grow.”

In instances where the soil seed bank has been lost, such as in eroded lands or former agricultural areas, planting a native seed mix can supplant this function.

Of course, there’s no one-size-fits-all approach when it comes to IVM. What works on a ROW in the Midwest might not work on another ROW in the Southeast, where the plant communities, soil and growing seasons are very different. Each invasive or undesirable species is best controlled by specific methods. A technique appropriate in one location might harm sensitive wildlife species harbored somewhere else. To get the best results, it’s necessary to tailor the approach for each ROW and to make adjustments along the way when conditions change.

“The vegetation pretty much manages itself” once you get to a compatible plant community, which usually takes a couple of years, Johnstone said. Then only periodic treatments will be needed, keeping down long-term maintenance costs.

Founded in 2003, IVM Partners works with utilities to implement and document the results of IVM on their ROWs and uses this documentation to educate industry professionals and government agencies about its use. The documentation they’ve gathered underscores the significant value that utility ROWs can offer in protecting native species, especially pollinators—animals such as butterflies, bees and hummingbirds that pollinate flowers, including many crops. (In fact, pollinators are responsible for about 1/3 of the food we eat.) For example, IVM Partners demonstrated how switching to low-volume, selective herbicide treatments to remove incompatible vegetation along a stretch of electrical transmission ROW passing through the U.S. Fish and Wildlife Service’s Patuxent Research Refuge in Laurel, Md., resulted in the creation of optimal habitat for pollinators and significant increases in the diversity and abundance of butterflies and bees using it.

Numerous scientific studies over the past 20 years, as well as informal documentation by utilities, confirm how beneficial IVM is for pollinators and many other species, such as songbirds, birds of prey, deer, salamanders, tortoises and even snakes.

Sandy Spencer, supervisory wildlife biologist at Patuxent, described how using IVM has dramatically improved wildlife habitat along the ROW that runs through the refuge.

“Since we began monitoring the ROW for birds, bees and lepidopterans [butterflies and moths], there’s been a great deal of habitat use, particularly by shrub-­dependent birds such as the Yellow-Breasted Chat and Prairie Warbler. In five years of bird surveys in that ROW (2012–2017), we have seen end-to-end occupancy of these two species in the breeding season,” Spencer said.

She further explained that if these birds are using the habitat for the full length of the breeding season, this means the native vegetation along the ROW is supporting adequate levels of the insects—particularly caterpillars and spiders—that the birds need to feed their young.

According to Mike McNulty, ITC’s manager, environmental, “We implement IVM system-wide, wherever the circumstances allow,” based on factors such as landscape, land use, ownership and easement agreements. Some easements only allow tree removal or restrict herbicide use.

The role of lineworkers

Seeing birds, butterflies and other wildlife in their day-to-day work outside and having the chance to help improve conditions for them can also offer a significant boost to lineworkers.

“We’ve had [lineworkers] get pretty excited if we have a rare species in a right-of-way in a project,” McNulty said.

ITC’s lineworkers and contractors often help identify rare species and, when safe and permitted to do so, remove them from harm. In one case where the federally threatened Eastern Massasauga Rattlesnake was found along an ITC ROW, the lineworkers took great pride in sweeping the area to find the snakes, identifying them and moving equipment away from the habitat until biologists could get out to the site to assess the situation and determine how to proceed, McNulty said.

In these cases, he said, “They took it upon themselves as a bit of a challenge. They took serious pride in it.”

A multitude of benefits

In terms of animals benefiting from IVM, McNulty noted that along ITC’s ROWs, “There’s a pretty rich diversity in terms of songbirds, raptor species, amphibians, reptiles, and for sure pollinators.”

However, he remarked that the primary reasons for using IVM are its operational benefits such as elimination of threats to electrical lines, “reduction of heavy labor, equipment and costs over time, and realizing efficiency in the right-of-way.”

The linear nature of power line ROWs also confers another benefit for pollinators and other wildlife: movement corridors. The long strips of habitat basically serve as “highways” along which animals can travel, whether for migration (such as with monarch butterflies) or simply to seek new places to forage and reproduce. This function will be increasingly important as climate change causes animal populations to move to new areas in response to increasing temperatures and changing weather patterns.

Developing strong relationships and building trust with local agencies and organizations can be valuable for future work, such as during the permitting process for new construction or system upgrades.

An advantageous result of deploying IVM is “strengthening of partnerships and relationships—you’re taking a softer approach in general, and you’re collaborating more with public land managers,” McNulty said. “Our partners see a vast improvement in biodiversity [from IVM], they see an ecological impact that they feel is of benefit to the community.” 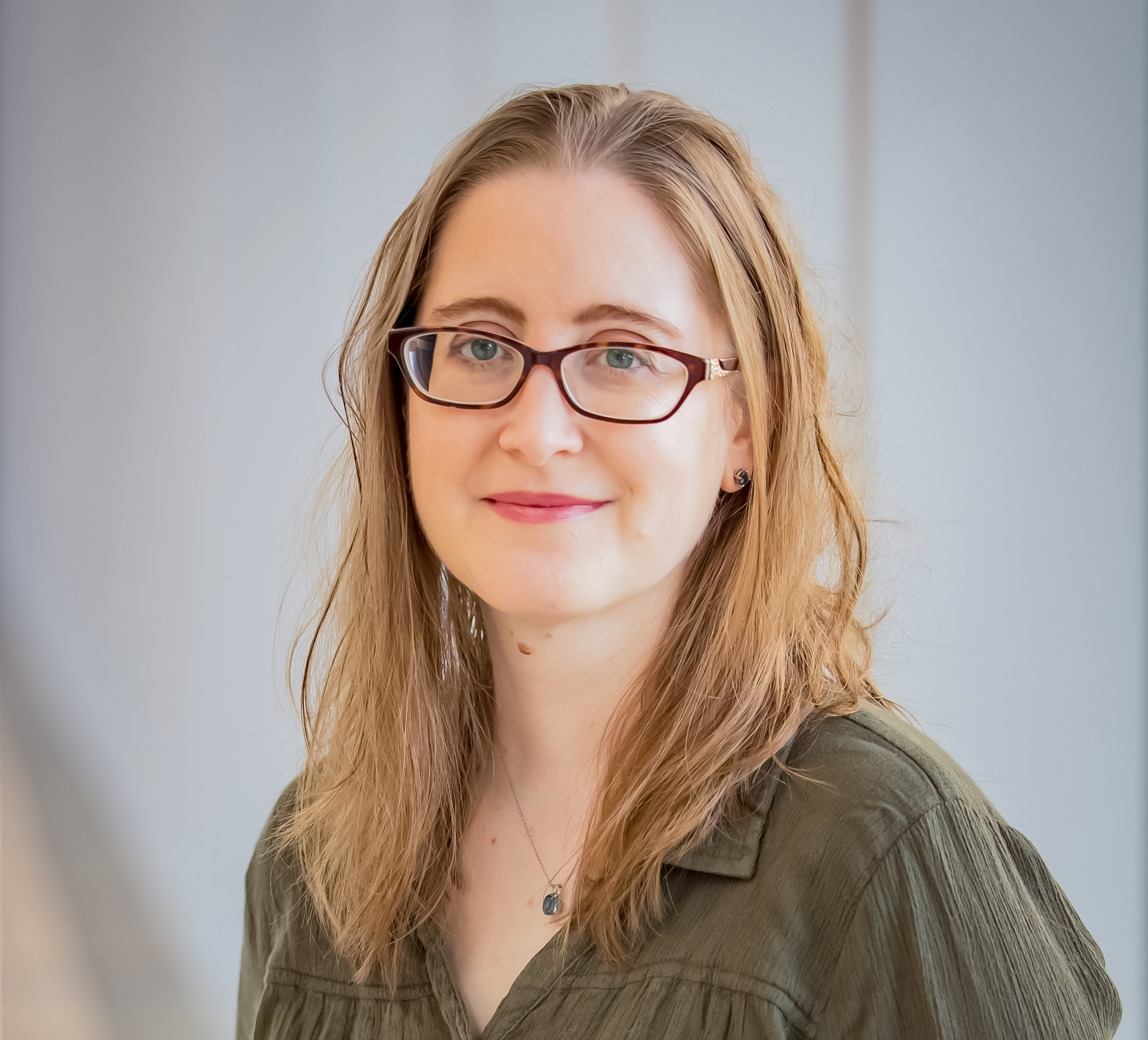 Colleen Beaty is Senior Editor at ELECTRICAL CONTRACTOR magazine. Reach her at colleen.beaty@necanet.org.