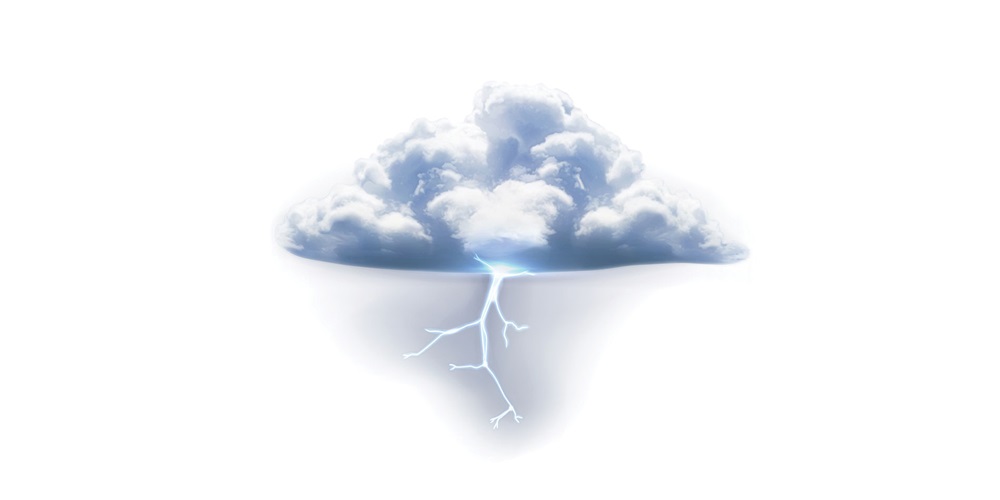 Another excessive heat wave and a severe thunderstorm warning had just been issued, and as I pulled in the driveway to go inside and write this month’s article, a neighbor came running over to tell me that their lights were very dim and asked if I could take a look.

Sure enough, the lights in their house and the other houses on the block were dim, and electrical appliances either didn’t work or made strange noises. Of course, the air conditioning units were the most wanted.

Though I was drawn more to the approaching storm (and the interesting power quality events it could produce), I decided to see about this one—a sustained undervoltage, formerly called a brownout. The trusty digital volt meter found 92V on both phases, L-N. A 77% reduction in line voltage isn’t your typical electric utility attempt to reduce demand on its systems during high heat/high usage periods. I advised the homeowner and other neighbors to shut off all their appliances and every light but one, as operating on such low levels can cause overcurrent problems for constant power loads. As the voltage goes down, the current goes up to keep the wattage the same, until it can’t.

The good news is that full voltage levels were restored to several thousand customers just before the late evening thunderstorm rolled through. A “good” thunderstorm can generate impulsive transients, arcing transients from tree branches being blown against conductors or downed power lines, sags for those not on the circuit with the downed line and interruptions for those unfortunate to be downstream from the faulted line.

When backup generators kick in, there can be frequency deviation events as loads are added and the generator tries to recover its speed to maintain the voltage within specifications. About the only typical PQ disturbance that thunderstorms aren’t known for is harmonic distortion.

How do you prevent equipment damage and loss of production from PQ disturbances? In a residence, a prudent (but rarely done) method is to shut off and unplug susceptible equipment. However, just turning off many appliances and IT equipment doesn’t really protect them, as their power supplies are always connected and sleep-mode circuits are operating. Such isolation also isn’t practical for a business to maintain productivity levels. The best alternative is mitigation equipment.

For transients, a transient voltage surge suppressor (TVSS) protects against destructive high-voltage levels that lightning can produce, if properly installed and rated. They are often called “power strips,” but not all have adequate clamping and grounding circuitry. Equipment that is interconnected by communication cables should be on the same protection device where possible. TVSS protection at the service entrance for the entire building is a good alternative, but lightning can still damage equipment that is electrically distant from it or through telecom wiring.

For sags, TVSS devices can’t provide any energy to fill the missing voltage. Line conditioner can provide ride-through for short-duration sags, while a properly maintained uninterruptible power supply (UPS) can provide voltage for as long as the secondary power source (usually batteries) can.

Two keys to using UPS units are to properly size them for the power needed and to regularly maintain the batteries. The UPS or battery manufacturer, as well as maintenance documents such as NFPA 70B, Recommended Practice for Electrical Equipment Maintenance, can provide details on how to do that. Heat and aging are the downfall of battery life, so your UPS should be in the same climate-controlled area as the IT equipment. Don’t forget to test the UPS monthly.

For longer-duration protection, a backup generator with an adequate fuel source is a typical alternative. One of the lessons learned during the 2003 Northeastern blackout was the ability to get more fuel when needed. Like the UPS, test it monthly. I still remember the discussion at an NEC CMP meeting with a generator expert who was astonished at how many of his customers refused to test their generators because they didn’t want to take a chance they might fail.

Since most harmonics are produced within a facility, they require harmonic filters, or replacement with equipment that generates less harmonic power. A common technique now is to go to higher switching techniques on the power supplies, so instead of six pulse converters generating the 5th, 7th, 11th and 13th harmonics, they generate much higher-order harmonics at much lower current levels.

I did write this column during the storm. I used my laptop running on the battery with a wireless connection to the router. Short of a direct strike, it was pretty much immune to all mentioned PQ disturbances.