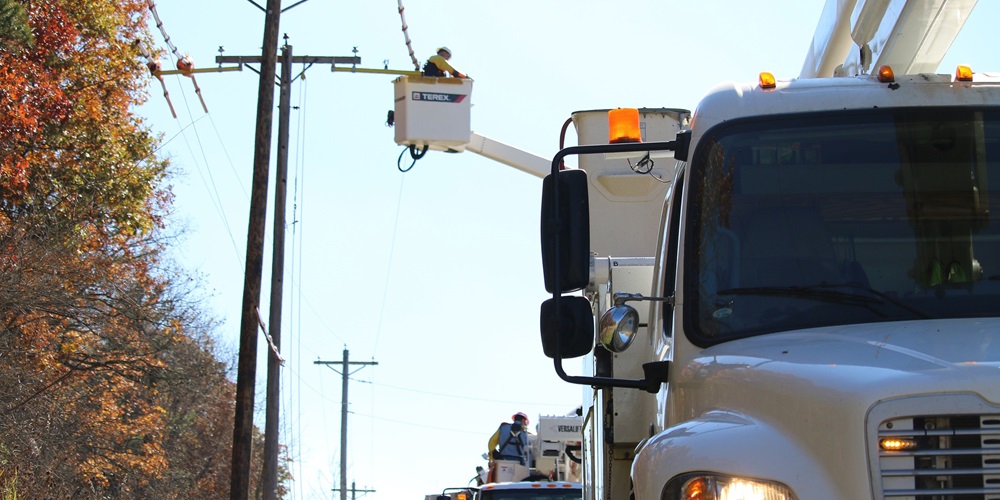 In July 2021, the Holland Board of Public Works (HBPW) in Michigan announced that its newest utility truck was going to be a hybrid vehicle, which is cleaner, quieter and less expensive to maintain than traditional utility trucks. Equipped with an advanced lithium-ion auxiliary power system, lineworkers can work from the truck nearly all day on a single charge without the need for idling.

“A good portion of the working hours of our bucket trucks are spent idling, so this technology will significantly reduce the overall emissions of the vehicle,” said Dave Koster, HBPW general manager.

The 13.2-kWh system runs hydraulic equipment, power tools and exportable work site power. The system charges from the alternator while driving to maximize engine efficiency. It also charges at the garage overnight without requiring specialized equipment. The vehicle will save the utility up to $14,000 per year in reduced fuel and maintenance costs.

As an added benefit, the idle-free system enables the utility to run quietly for nighttime and emergency repair work, with minimal disruption to sleeping neighborhoods.

This represents one more step in what seems to be a nationwide transition from traditional to hybrid electric trucks.

And, by 2014, PG&E, San Francisco, had almost 3,500 alternative fuel trucks in its fleet, including approximately 1,000 electric and electric hybrid units. The utility also operates several innovative electric hybrid utility trucks that can provide power for up to 100 homes during outages.

Even more recently, FirstEnergy Corp., Akron, Ohio, announced on Sept. 22, 2020, that 100% of its new fleet purchases of aerial and light-duty trucks would be electric or hybrid vehicles beginning in 2021. Transitioning its vehicle fleet to these cleaner-powered options is part of the utility’s larger efforts to support transportation electrification efforts in its six-state service area.

In addition, FirstEnergy expects to electrify 30% of its approximately 3,400 light-duty and aerial fleet vehicles by 2030, representing 1,034 vehicles, with the goal of reaching 100% electrification by 2050.

“This is an important step in our larger, company-wide responsible replacement program that allows us to replace vehicles in need of replacing with electric models that can be added to our utility fleet without affecting the service we provide our customers,” said Steven E. Strah, president and CEO of FirstEnergy. “A team of employees tested versions of the hybrid vehicles in the field and determined we could get comparable operational benefits while substantially reducing emissions. We believe our efforts to lead by example in this area will help spur customer adoption of electric vehicles in the coming years.”

According to FirstEnergy, because fully electric aerial trucks are still under development, some of the new hybrid vehicles will feature plug-in idle mitigation units powered by battery packs for the lift or bucket, along with operating the truck’s heating and air conditioning systems. These hybrid aerial trucks significantly reduce the amount of time the diesel engine operates, which also reduces air and noise pollution.