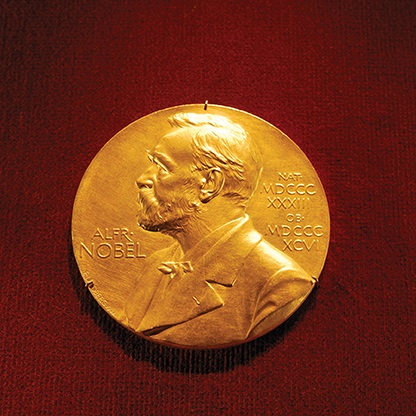 In October, the Royal Swedish Academy of Sciences awarded the 2014 Nobel Prize in Physics to Isamu Akasaki, Hiroshi Amano and Shuji Nakamura, for the invention of efficient blue light-emitting diodes (LEDs), which enabled LEDs to generate white light and has led to their use in general service lamps.

“The Nobel Prize is richly deserved,” said Craig DiLouie, principal of ZING Communications Inc. and lighting columnist for ELECTRICAL CONTRACTOR. “While LEDs have been around a long time, it was the breakthrough development of the blue LED that allowed this source to produce white light for general lighting and start a revolution that will transform how we light buildings and spaces.”

Red and green LEDs have been around since the 1950s. However, because of the way the color spectrum works, blue light is necessary to create white light. The ability to create a blue LED eluded the scientific community for decades.

“When Isamu Akasaki, Hiroshi Amano and Shuji Nakamura produced bright blue light beams from their semiconductors in the early 1990s, they triggered a fundamental transformation of lighting technology,” the award committee stated in a press release.

“The LED lamp holds great promise for increasing the quality of life for over 1.5 billion people around the world who lack access to electricity grids; due to low power requirements, it can be powered by cheap local solar power.

“The invention of the blue LED is just twenty years old, but it has already contributed to create white light in an entirely new manner to the benefit of us all,” the award committed stated.

According to the Royal Swedish Academy, “Incandescent light bulbs lit the 20th century; the 21st century will be lit by LED lamps.”

The prize is 8 million Swedish kroner, which is about $1.2 million, and the trio was awarded an even three-way split.