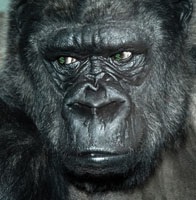 Spending tax season at the zoo:

Remember the party game where you asked, “If you could be any animal, which one would you be?” In honor of the spring tax season, here are a few glimpses of the Internal Revenue Service, morphing into the roles of different animals. All stories are true, but the names are removed to protect the innocent.

This animal makes its own rules and smashes anything that gets in its way. One subcontractor experienced a rude awakening after closing the family business.

Two years after the final details were supposedly settled, a notice from the IRS arrived at the owner’s home, claiming that it never received the last two quarterly employment tax reports. Oddly, the agency had simply created its own version. The fact that the company had downsized payroll substantially during the final six months meant that the demand amount exceeded the actual calculations, and penalties and interest for two years had inflated the total.

After another eight years, the owner’s lawyer is still attempting to settle the dispute and obtain a refund on seized assets, including the illegal taking of retirement funds. The district director of the IRS has been cited twice for contempt of court for ignoring the orders of a federal court judge to deal in good faith. Staff changes have stalled negotiations with the U.S. Attorney’s office, and a new judge has yet to appoint a mediator.

Unusual? Hardly. Cases as old as 15 years are still moving through the court system.

Little dogs dart out from under the couch, take nips from a leg or ankle and disappear to plan the next sneak attack. They are annoying and tenacious in doing small amounts of damage over time.

The subcontractor whose quarterly tax payments were applied incorrectly year after year had felt these small bites. It was not enough to write the appropriate numbers and dates on the checks or include the correct coupons when the deposits were made at the bank. The overpayments for the first quarter of the new year weren’t the problem; it was the constant negotiating to remove interest and penalties.

Sometimes, it’s not the size of the problem, but the constant repetition of the same mistake, and the cost to correct it, that is most annoying.

For the subcontractor faced with the following situation, it seemed that everyone at the IRS “had the brains of a gnat.” No one could solve the problem or answer his questions logically.

A notice arrived stating that the company had overpaid its tax obligations by $500. The subcontractor was pleasantly surprised, and prepared to allocate the windfall until he read further. Interest and penalties of $1,000 had been applied, adjusting the credit of $500 to create a $500 deficiency. It took several calls, letters and, eventually, legal fees to get someone to understand that the company did not owe any money. Perhaps it is so rare for a subcontractor to receive a credit that there was nothing in the system to address the situation, or any notice automatically triggered penalty and interest calculations.

After reading these anecdotes, you may feel less persecuted if you have had similar experiences. In fact, an informal survey of business owners who have operated for more than a few years or have sold, transferred or closed their companies will produce many such stories.

The tiger or the kitty cat?

At least one subcontractor enjoyed a small personal victory after receiving an audit notice without an Office of Management and Budget number on the form. Having testified for the reenactment of the Paperwork Reduction Act, she knew that all forms were required to include an OMB number, verifying that this agency had affirmed the estimated compliance time. When she refused the request, the auditor replied that the regional office used personal computers and did not print those numbers on their forms. Eventually, they managed to issue a corrected form.

When the auditor arrived, the owner worried that her protest would provoke this imposing woman, who was already under pressure to perform well on her first audit. Instead, other family staff members were asked to defend their expense reimbursement requests, while the owner was presumed to have her papers in order.

Sometimes, knowing a little more about the rules allows you to poke a stick at the tiger and realize it is just a little kitty cat. Small victories are rare, and it is still important to pick your battles carefully. In any dispute, the IRS is only as accurate, compassionate and responsive as the people who work there, and even when you win a dispute, you lose time, money and the positive attitude that keeps you going through the rough patches. So be prepared, and keep your paperwork current because you never know what kind of animal will appear at your door.       EC

NORBERG-JOHNSON is a former subcontractor and past president of two national construction associations. She may be reached via e-mail at [email protected].