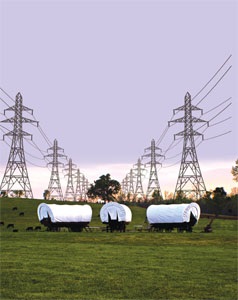 A federal judge in Nashville has declined to hold up a transmission project by the Tennessee Valley Authority (TVA). His ruling ended a long-running battle between the utility and local residents, allowing the so-called Algood Transmission Line to be completed.

The project has touched off controversy since it was announced. The Buck Mountain Community Organization has been fighting it since February 2007 on the grounds that it would damage the local environment. In that time, comment periods have been extended twice, and nearly 200 residents attended one information hearing. The state’s historical commission also requested that part of the line be rerouted to avert potential damage to an old historic wagon road.

In March 2007, the Buck Mountain group invoked the Freedom of Information Act in attempting to obtain the project’s planning report from TVA. In May 2008, as part of its lawsuit, the group sought a temporary restraining order and a preliminary injunction order on the project. The request for the restraining order was denied, but U.S. District Judge William Haynes Jr. issued a tempo-rary stop-work order until he made his decision on the injunction. Work on the 5.5-mile line has been held up since.

In his ruling, Judge Haynes asserted that the plaintiffs failed to support their claim that the TVA violated the National Environ-mental Policy Act by releasing an inadequate and erroneous environmental assessment. He conceded that valid questions about the need for the project were raised, but he concluded that, without the project, reliable delivery of power to customers in the Algood area could be jeopardized during the summer months.

Once completed, the line will upgrade an Upper Cumberland Electric Membership Corp. substation from 69 to 161 kilovolts.