The Calming Effect Of Offshore Wind 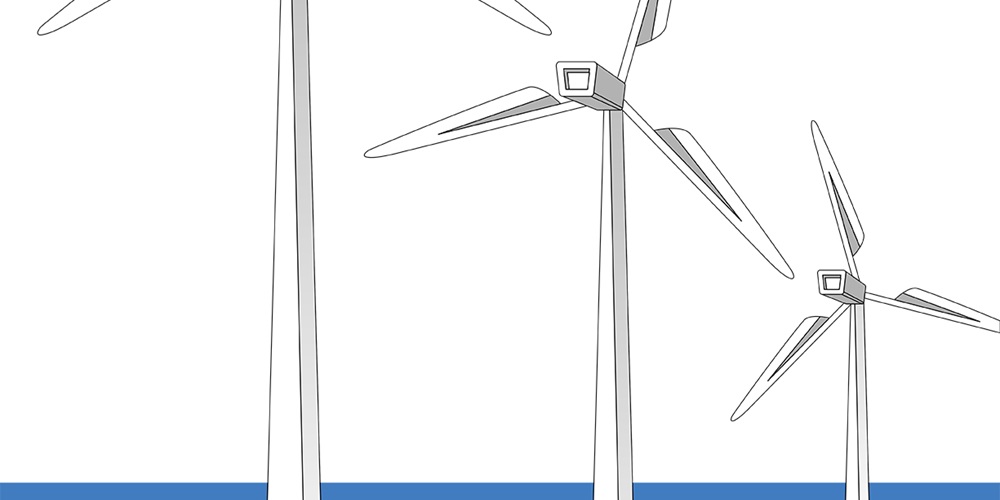 Wind power’s role in the transition to renewable energy and the fight against global warming has been well established. With its ability to harness a plentiful, free natural resource and convert it into electricity, the technology has become the cornerstone of many nations’ efforts to minimize or eliminate their dependence on carbon-emitting fossil fuels.

Now there may be another benefit. Offering a slightly different twist on the concept of climate change, a group of researchers claim that turbines can not only harness the wind, but also can slow it down. We’re not just talking about an afternoon breeze. The claims concern nothing less than one of nature’s deadliest forces: hurricanes.

Mark Jacobson is a professor of environmental engineering at Stanford University. Recently, he teamed up with Cristina Archer and Willett Kempton of the University of Delaware to study the effects of offshore wind farms on hurricanes. They claim that, by extracting or absorbing energy from the wind, depriving a hurricane of its primary weapon, turbines can reduce these devastating forces to little more than a mild summer rain.

It’s all hypothetical, of course. The scientists constructed computer-simulated models of actual hurricanes Sandy, Isaac and Katrina. In their models, the offshore wind turbines reduced wind speeds by nearly 100 miles per hour and storm surges by nearly 80 percent.

This would also not be your average offshore wind farm. The models used by Jacobson and his team included 78,000 turbines off the coast.

To put that figure into perspective, consider the world’s largest offshore wind farm. The London Array sits in the Thames Estuary off the coast of the United Kingdom. The farm is so large satellite photos have captured it from space. Yet, it is only a fraction of the size used in the simulated models with only 175 turbines.