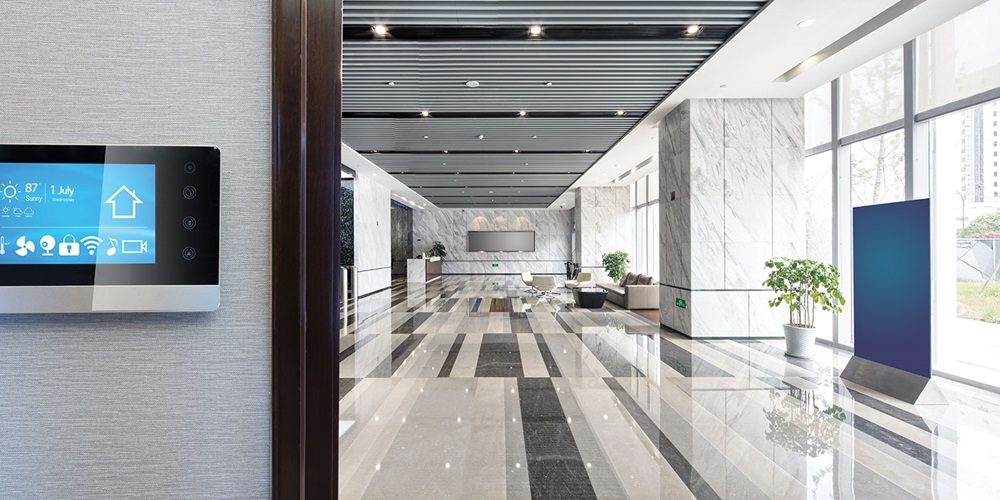 A new generation of building automation technology, as well as new open standards, are prompting contractors to upgrade the wiring and hardware for each facilities’ intelligence. The changes in standards and trend toward IP-based networks are driving this movement, while other technology might be stalling some intelligence shifts—e.g., in some cases, LEDs are making lighting controls less necessary.

Most new construction includes some level of building automation with an aim at energy management, said Kelly Robinson, principal at 3C Engineering, Sam Luis Obispo, Calif. But the technology has continued to develop since many of these systems were installed. In fact, a large number of existing buildings have intelligence systems in place that—sooner or later—will create challenges.

Years back, energy management systems (EMS) were installed as singular solutions with each one serving as the low-hanging fruit in building automation. The EMS would control HVAC equipment, for instance, and could be installed by the mechanical contractors.

These early systems were provided by technology companies that then conducted any maintenance or service, exclusively, because the systems were proprietary. This kind of installation spread across large public buildings, such as hospitals and universities.

That model hasn’t worked well in the long term, though, as systems expand and integrate and building owners are unable to keep up. The American Society of Heating, Refrigerating and Air-Conditioning Engineers (ASHRAE) has been among the agencies trying to resolve that issue.

“The intent is to prevent anyone from getting into a headlock with one manufacturer,” Robinson said.

Now, with the majority of systems using universal protocols, such as BACnet or LonWorks, facility owners have new options. That comes with a caveat, though. Even if the hardware is proprietary, the software isn’t. That said, standardization has benefitted building owners and contractors. Robinson has seen a shift in how folks are approaching their decisions about building automation installations based on open standards.

Typically, as a building is upgraded or renovated, facility managers look at the building automation. They may note this is the opportunity to begin migrating into an open-source plan, and that’s where the contractors already on-site come in to play.

With an EMS strategic plan or master plan, a project can be done with a measured, intelligent approach that considers the building’s future needs and its occupants. In many cases, such a plan enables a phased approach to modifying the building intelligence.

“They don’t have to rip everything out. They can slowly migrate to something more open,” Robinson said.

Building controls contractors have created a niche for themselves. However, the majority of the work is still trending toward the mechanical contractors, he said. In the future, contractors can expect to see more IP-based, wireless controllers.

“I think we’ll continue to see a shift from the guys in the field [in a construction project] to engineers behind computer screens,” Robinson said.

Peter Brown, director of energy and industrial business at Convergint Technologies, Fort McMurray, Alberta, has seen a movement away from lighting controls.

“The whole lighting control retrofit business was torpedoed by compact fluorescents and now LEDs,” he said.

LEDs use about 30 percent of the power of incandescents. For that reason, from the perspective of facility owners, the focus is on refixturing and relamping to ensure LEDs are in place to bring energy costs down.

“Overall, the retrofit business is steadily increasing due to improvements in technology,” he said. “It’s hard to find a building that’s not already automated.”

Brown estimated 90 percent of commercial buildings now have intelligence built into their HVAC, lighting or other systems.

As more systems go wireless, opportunities are shrinking for traditional installations within buildings, even if cable and wire are still needed to provide power to those wireless gateways.

“What we do see is contractors opening security automation [divisions] or other specialized areas,” Brown said. “It’s increasingly competitive for contractors.”

Specializing in automation or parts of automation installations can be a niche source of revenue. Brown said he sees more renovations ahead in markets such as hospitals and extended care or recreational facilities that cater to an older audience. Data centers will continue to grow, as well.

“I think the future bodes well for electrical contractors,” Brown said. “Everything we’re doing these days has something to do with data.”

Wireless control is only a local option. In the long range of most data management systems, power has to be provided through cable.

Many building owners are still delaying their automation upgrades as long as they can, said Ron Bernstein, CEO of RBCG Consulting, Encinitas, Calif. That may be shortsighted, since one breakdown can force a facility owner to make critical decisions and large expenditures under pressure.

Whether to recover from failure or prevent loss, renovations of automation systems require the involvement of IT departments, facilities managers and security system managers. As a result, many companies opt to install IP-based systems that never require input from the IT department because the data never touches the network, a potential solution to what is proving to be significant challenge for project teams with varying objectives.

“The IT department cares about the pipe, not what’s in it,” Bernstein said. “On the facilities side, they have to know what’s in the pipe.”

This includes the data coming from the system itself—temperatures, energy consumption or equipment failures. With these contrasting interests, getting the different departments to collaborate causes challenges. In many cases, the question is who could best manage the system without requiring that collaboration.

“Dealing with this discrepancy of priorities is often a key architecture driving factor for designers of IP-based control networking systems,” Bernstein said.

In the long run, keeping the facilities management and IT departments separate could be accomplished through dedicated IT infrastructures separating networks into different areas of concern, or even providing an “air gap” between facilities and IT data networks. Concerns of data access, cybersecurity and privacy can now be managed on a system-by-system basis rather than a one-size-fits-all basis. Challenges still exist in many cases, but the concept appears to have merit.

Sometimes, challenges begin with the system that is being replaced. For instance, what if there is no documentation about how a previous system was installed?

The specification includes those divisions most pertinent to ECs—Divisions 25 through 28. Industry watchers argue Division 25, Integrated Automation, is open for some improvement, especially when it comes to integrated specifications.

In fact, an independent working group composed of industry experts, representatives of ASHRAE, CSI, PNNL, and consulting engineers is now working to create an International Integrated Automation Specification (IIAS) following the CSI Master Format known as Division 25 and modeled after the ASHRAE Guideline 13 Designing Building Automation Systems. The goal of the IIAS is to better define the requirements for integrated automation and the roles and responsibilities of participants in a common infrastructure IP Control Network.

Bernstein refers to this as a top-down approach, rather than bottom-up.