Under The Right Conditions 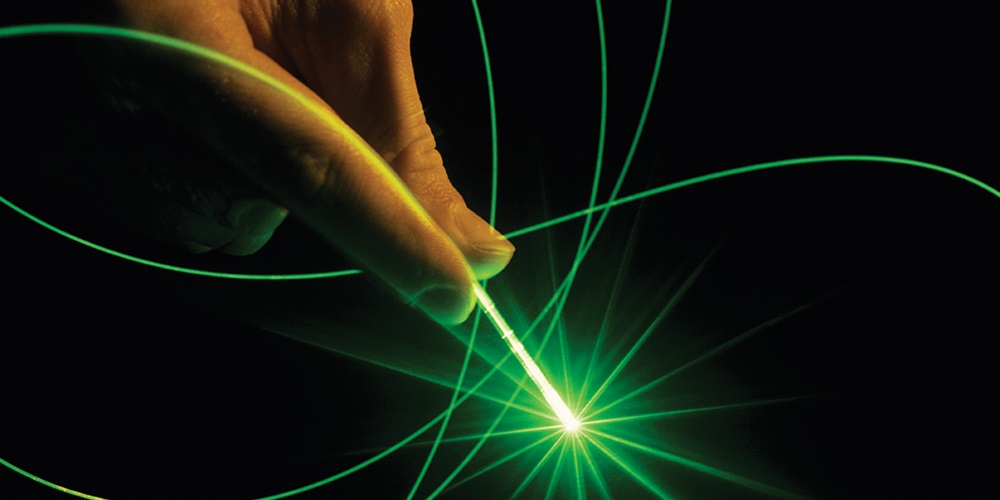 Now that we’ve covered the test equipment and learned how to estimate the measured loss using a loss budget, it’s time for one more related topic: creating the test conditions to get the “right answer.” And what, you might ask, is the right answer?

In any measurement, there is uncertainty due to test conditions. For example, when you measure length, there may be errors due to the temperature, since most materials expand and contract with heat and cold (even that metal ruler you  use sometimes).

In fiber optic loss testing, the most important condition is properly setting the 0-decibel (dB) reference with the light source, power meter and reference cables. As I discussed last month, there are three different ways to set the 0-dB reference using one, two or three reference cables, with the method chosen to fit the cable plant’s connector types.

The final consideration is how the light from the light source and launch cable is conditioned. When you couple a 2-meter (~6 foot) fiber optic launch cable to the source, there is a lot of variability in what the light output of the launch cable looks like. That variability can make a big difference in a cable plant loss measurement.

There is a difference between single-mode and multimode cable, but the basic method of conditioning the output of the launch cable is the same. You simply put a few loops in the launch cable to condition the light in the cable.

Single-mode cable is the simplest to condition. You use a laser source and put a couple of 50-millimeter (mm) loops in the launch cable. That ensures the light is only single-mode, even if the cable is short.

Multimode fiber is more complex because of the core structure in the fiber and the variability of light-emitting diode (LED) sources used for testing. This complexity has led to decades of controversy over how to condition sources properly. International standards groups thought they had a “new, improved” solution a few years ago with a more sophisticated way of measuring the output of the launch cable called “encircled flux” (EF), which was adopted into international and U.S. standards.

EF, however, was not without its problems and critics. It took two years to see if labs could even measure it, and more work is needed to create a standard for measurements. EF launch conditioning devices have been available from only one source, and pricing reflects that monopoly.

There was even disagreement over what fibers needed the precision that EF promised. It was developed for 50-micron laser-optimized fiber optic cable plants intended to be used with 10-gigabit-per-second (Gbps) networks and above. Many have questioned whether it has any use with legacy fibers or slower speed networks.

Needless to say, all this controversy created confusion among contractors, installers and users. For example, one contractor called The Fiber Optic Association (FOA) asking if we knew what a “flux capacity” test was. After we stopped laughing, we confirmed that a U.S. government facility had indeed written that requirement into a purchasing document. The contractor was not amused when we suggested he contact Doc Brown from the “Back to the Future” movies.

Recently, more sensible recommendations are coming out of standards committees here in the United States. The proposed change is that the requirement for EF is to be limited to the fiber it was originally intended for: 50-micron, laser-optimized fiber for 10-Gbps networks and only at 850 nm. Other multimode fibers and all tests at 1,300 nm are going to be exempted, and new guidelines are being developed for them.

Launch conditioning for all other fibers is based on the historical method of conditioning, wrapping the fibers around a small round mandrel, but a new trick has been added; it’s a way to calibrate the mandrel wrap and is easy to do. Just connect your power meter to the launch cable before you wrap it around the mandrel, and measure the loss caused by the mandrel wrap. The loss should be ~0.2–0.5 dB, although the final value for the standards is not yet divided.

In the near future, the tests for 50-micron, laser-optimized fiber may be included in the same guidelines, but for most of your current multimode installations, the testing methods are now easy and cheap to implement.

It should be emphasized that this method is highly recommended. It will not only give you more precise measurements, but also the loss value will be lower than without using this method. Therefore, it’s going to make every fiber in every cable you install look better than if you didn’t use it.