Traffic Control on the Information Superhighway 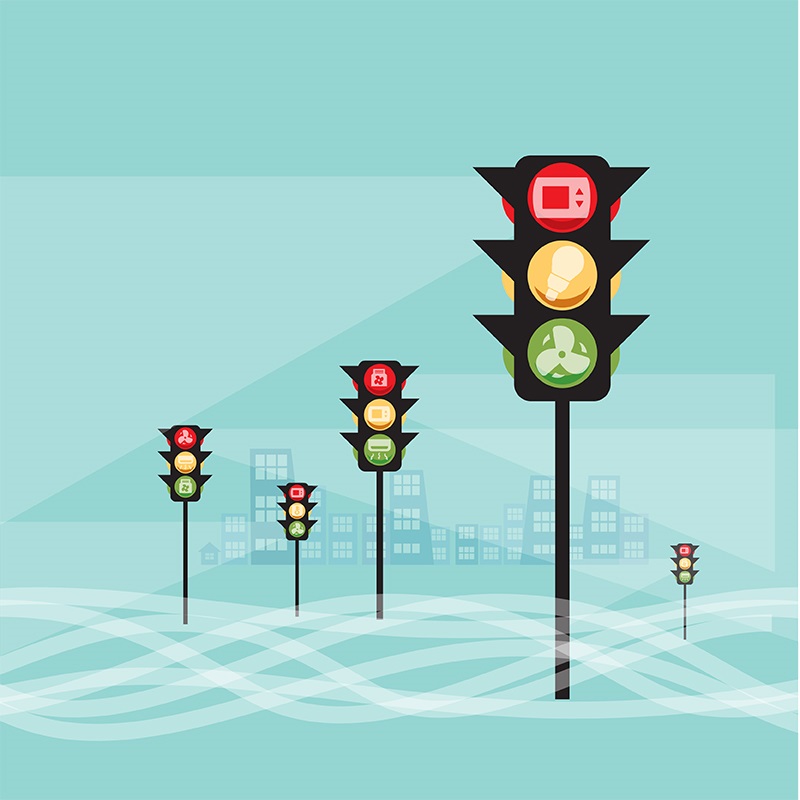 The information superhighway is about to experience bumper-to-bumper traffic snarls that—even with the best planning—will become increasingly difficult to untangle. Building automation systems (BASs) weave together mechanical, security, fire and life safety, lighting, HVAC, and humidity control and ventilation systems, and they represent a huge opportunity for electrical contractors, building owners and developers. However, the approach to the design of these systems is fraught with peril, particularly for those in it for long haul.

The assumptions driving the building automation movement are that such systems will capture energy efficiency, and they will add value to a building for potential or existing occupants. While the desirability of integrated electrical systems can hardly be denied, there are at least two chief reservations, both involving a little cost accounting. The initial cost of a fully integrated BAS is considerable and one of the biggest hurdles to overcome. Upfront costs beg the question of when, exactly, the savings and benefits will make the owner whole. Finding the answers is difficult and perhaps never entirely definitive. After all, nobody can accurately predict the future. But it would behoove electrical contractors attempting to capture a share of the BAS market to study data and automation trends and how they might affect their customers.

Not so long ago, $1 million represented serious money to a free-spending Congress. Now a billion dollars is chump change. The same, or even greater hyperbolic growth, applies to data. Forget gigabytes, terabytes, petabytes and exabytes. We now live in a zettabyte world. In 2012, global annual data center traffic reached 2.6 zettabytes, or 2.6 billion gigabytes. The current explosion of data can be attributed to a number of megatrends, including cloud computing services, mobile traffic and video (see sidebar).

Getting a handle on the data revolution surely is a challenge for owners, developers and electrical contractors. The other side of that coin is, of course, opportunity.

James Carlini, a certified infrastructure consultant, said, “If a building is not wired for high-speed data, your property is not that valuable. Carlini, author of the upcoming book, “Location, Location, Connectivity,” said opportunity lies in both existing stock and new construction. He warned that discussions with customers should not begin and end with so-called green technology. He rhetorically asks, “What is more cost-effective: a two- or three-way light switch that occupants control and that costs two or three bucks or 20 sensors and actuators? Automated dimmer switches are not the solution to every problem. Common sense is a vastly underrated virtue.”

Carlini said that organizations looking at implementing a new network infrastructure for cloud computing “better look closer at their network designs. All the cabling needed to build the network should fit the lifespan of the building, not the lifespan of the technology that hangs from it.”

“Too often, network architects, designers, and network engineers seem to be forgetting this fundamental design concept,” he said.

Frank Bisbee, president of Communication Planning Corp., editor of Heard on the Street (www.wireville.com), and a founding member of the Association of Cabling Professionals, has views similar to Carlini’s. He likens many existing networks to actual highways built 40 or 50 years ago that could easily accommodate existing traffic. Today, those arteries are hopelessly clogged and a deep source of frustration for drivers.

“The old model of building construction was to put up a building and provide a source of power, period. Today, however, a given structure requires more capability to be competitive. The brass ring is to be able to enhance or improve the productivity of the occupants, which includes such considerations as lighting, heating, security, safety and Internet connectivity,” Bisbee said.

Dr. Thomas E. Glavinich, associate professor in the Civil, Environmental, and Architectural Engineering program at the University of Kansas, said, “There are very few buildings in the inventory that have totally integrated BASs, and that represents a mammoth opportunity for electrical contractors.”

He and others agree that the best way to start selling upgraded or new systems is to speak with existing customers, people who know your project management capability and with whom you have established a certain level of trust.

So, how does one address the initial cost hurdle? There is more than one way.

In a recent webinar on BuildingsVIP, Chris Olson, chief content director of Stamats Communications Inc., cited a survey of more than 800 building owners and facility managers. Asked to pinpoint the largest obstacle to implementing an energy conservation project, 44 percent said initial cost. Lack of support from the organization’s leadership came in second at just 9 percent. Performance contracting, power purchase agreements and equipment leasing have been the leading means of getting around upfront costs. Olson set forth some financing vehicles owners and facility managers (and electrical contractors who hope to do business with them) should investigate:

• Property-assessed clean energy (PACE) features an assessment made to the building owner’s tax bill, much like any other municipal tax assessment. The assessment provides collateral for the debt and can be transferred to a new owner through the property tax. The current building owner and future owners can profit from lower utility bills made possible by the energy equipment upgrade.

• In managed energy services agreements (MESAs), the developer and its investment partners take on the roles of financier, owner of the installed energy equipment, and intermediary between the building owner and the utility. Landlords can pass costs along to tenants.

These financing programs are not available everywhere, so contractors must do their own due diligence to find out if these tools are in their toolbox. In fact, due diligence by electrical contractors seems to be a requirement if they are to be successful in the BAS market.

Glavinich said that contractors need to get up to speed on products and incentives. A lot of free information is available, but he also encourages interested parties to seek out this sort of training.

Because the technology is developing so rapidly, Bisbee said it would pay for firms who can afford it to have a full-time staffer devoted to keeping abreast of building automation and its infrastructure. At the very least, they should be active participants in industry organizations.

Most observers say that contractors need to understand the systems they are proposing and, most important, the return on investment of the installations they are considering. They agree that most building owners can be motivated by short paybacks of two or three years, but they get a bit skittish beyond that. Some green automated dimming systems, Carlini said, may have a 20- to 25-year payback. That is not a compelling case to make to an investor.

James Carlini has developed a formula for the true total cost of networks. The formula is TTC = UC +(OC +OIC) + HC, that is true total cost equals upfront costs, plus ongoing costs (external) and ongoing costs (internal), plus hidden costs. He said some argue that this expanded cost structure will spook the potential customer but said there is “a cost of disruption” for returning again and again to replace obsolete equipment and infrastructure, a cost that designing the system right the first time can avoid.

“A contractor’s worst enemy is the uneducated consumer. They are the most likely to select the lowest bid, even if the highest proposal has the best design. If the contractor can’t explain the value and life costs of the system, he stands a good chance of losing out to an inferior product,” Bisbee said.