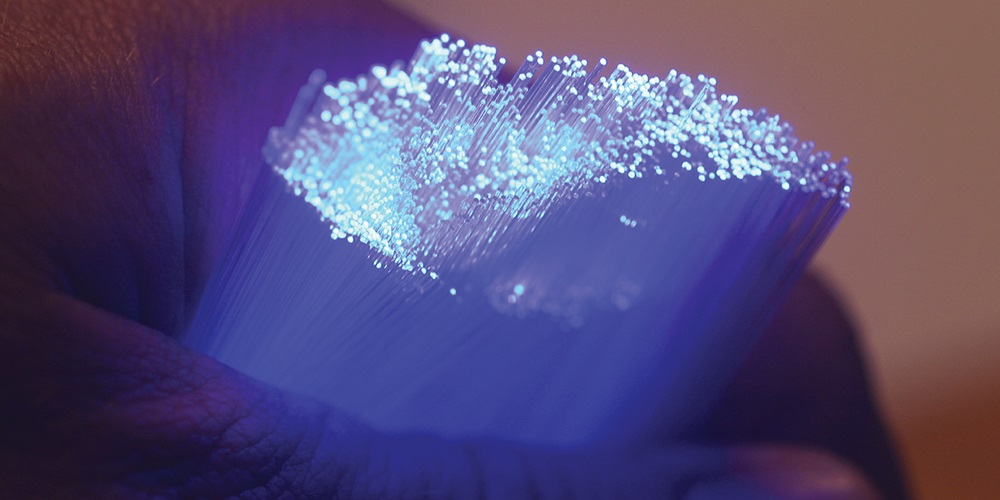 Last month, we discussed “dark fiber” and how most outside plant installations include more fibers than are needed at the time of installation. Later, those fibers will be used for expanding service capacity or leased out to provide income. It may be years before those spare fibers are used, and, as we all know, communications system speeds increase all the time. So, how does one know if the older fibers are capable of working with new communications systems?

Fiber characterization starts with a visual inspection to ensure the cable was installed properly, and then inspection with a microscope to see if the connectors are in good condition. If the connectors are not properly polished, clean and free of scratches, they are likely to have high loss and reflectance that will cause problems with newer transmission systems. Bad connectors will need to be replaced, possibly with angle-polished connectors to reduce reflectance for newer, faster systems.

All fibers should have been tested for insertion loss with a light source and power meter, and OTDR traces should have been taken for every fiber. These tests should be done again, and test results should be compared to earlier results to ensure the fibers remain in good condition. At this stage, if any problems are found, they need to be fixed before additional testing is done.

Older fibers may have been installed for use at only one wavelength, 1,310 nanometers (nm) for shorter runs, such as in a city, and 1,550 nm for long-distance links. Today, it is more common for a system expansion to include wavelength division multiplexing, where several communication links share the same fiber using different wavelengths of light.

Thus, the fiber’s loss is tested over the full range of useful wavelengths, 1,260–1,625 nm. This test may be done by special optical-loss test sets; OTDRs, which check several specific wavelengths over the range; or instruments that sweep the wavelength to test the loss continually over the full range. In particular, the fibers are checked at 1,383 nm, water absorption’s wavelength, which is a problem on some old fibers. Some instruments used for chromatic-­dispersion tests also can measure spectral attenuation in a single test.

The biggest issue for most fibers is dispersion, which causes widening of the pulses in the fiber and limits the speed of transmission. Older fibers may have been installed for use at under 1 gigabit per second (Gbps) or maybe 2.5 Gbps at most. But today, systems operate at 10, 40, 100 Gbps or more, requiring dispersion to be very low to prevent transmission errors. There are two dispersion issues: chromatic dispersion (CD) and polarization mode dispersion (PMD).

CD is the dispersion caused by light of different wavelengths traveling at different speeds due to the composition of the glass in the fiber core. PMD is caused by the variation of speed with different polarization modes transmitted by the fiber that are a function of fiber geometry and stress on the fiber.

The test equipment for CD and PMD is complicated and expensive. Both CD and PMD have several test methods that different manufacturers use in their instruments, and all are fairly complicated to explain. The test technician needs to understand the unique aspects of each test.

Both CD and PMD have limitations specified by the transmission systems that may be used on the fibers. CD is a very stable, precise measurement, and transmission system engineers can use the data to calculate the need for CD-compensating fibers that will enhance system performance. Some instruments used for chromatic dispersion tests also can measure spectral attenuation in a single test.

PMD, however, is a very difficult measurement to make and interpret. The problem is variations in stress on the fibers caused by the environment where the cable is installed, such as temperature fluctuations, wind on aerial cables, or even vibrations from traffic or trains on buried cables. Thus, PMD test data has high uncertainty and varies with time.

Testing each fiber for all of these performance factors can take considerable time, which, combined with the costly equipment, means fiber characterization is an expensive process. Add to that the time and cost to train technicians to operate the equipment and understand the test results makes this a job for specialized contractors.

Over the next few months, I will cover how dark fiber is managed, monitored and used for new and expanding communications applications.

Editor's Note: This is part two of a four-part series on dark fiber. For the other parts in the series, click the following links: part one, part three, and part four.