Supply in Search of Demand 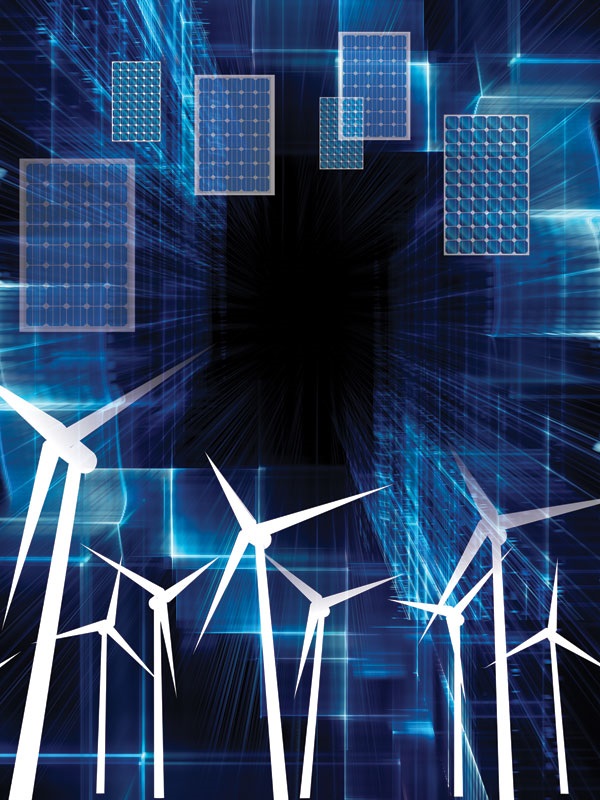 Microgrids are the hot new idea that’s been around forever. Thomas Edison’s first New York City power plants could be considered microgrids because those generating stations each acted independently from the others, serving their own “islands” of connected loads. Like much of the rest of our electrical systems, though, today’s versions are becoming much smarter. With control systems that can disconnect and resync to larger connected distribution networks almost instantaneously, microgrids offer both localized resilience and broader grid-support advantages for facilities and electric utilities.

The term “microgrid” has a broad and sometimes varying definition. For some, the presence of multiple generation resources is an implied requirement, while others in the electrical industry aren’t as specific.

According to the Lawrence Berkeley National Laboratory, “A microgrid is a group of interconnected loads and distributed energy resources within clearly defined electrical boundaries that acts as a single controllable entity with respect to the grid. A microgrid can connect and disconnect from the grid to enable it to operate in both grid-connected or island mode.”

Described in this way, at the smallest scale, a microgrid could be as basic as a residential-scale combination of rooftop solar photovoltaic (PV) panels and a connected battery storage system capable of keeping a home powered when utility power is down (though many would call such a small-scale arrangement a nanogrid). At their largest, microgrids can include multimegawatt installations on military bases that might unite a PV array with a combined heat and power generator set and battery-based storage that can help a base manage peak demand charges as well as provide essential backup-power protection.

For manufacturers and software developers, microgrid applications can pose numerous questions. Put simply, there are many microgrid markets, not just one. As Peter Asmus, associate director for energy at Navigant Research, said, “The challenge is that each segment is in a different level of maturity.”

Furthest along in maturity are those systems serving geographically isolated communities, including a number of remote towns and villages in Alaska and several islands around the world. In these settings, microgrids are more like standard distribution networks because there is no larger utility-grid connection. Primary power for such systems has historically been diesel-fuel generators, though Asmus said renewables, especially wind, have become more prevalent as supplementary power sources. Reducing diesel dependence can mean significantly cleaner operation and cuts in ongoing fuel-supply costs.

“It’s become a more difficult engineering challenge,” Asmus said, describing the technical requirements of connecting and managing a system with multiple generation sources. “But it makes it more resilient. The challenge is how you optimize the microgrid.”

“It’s a software platform that’s been out there for years,” said Clark Wiedetz, director of microgrids and renewables integration, Siemens, Atlanta.

The company has repositioned an existing SCADA package to bring utility-scale capabilities for automatic islanding, forecasting and optimization to campuses, military bases and industrial facilities.

“Now, it’s just a matter of explaining it to the different marketplaces,” Wiedetz said.

Some electric utilities are interested in developing their own microgrids to help strengthen weak points in distribution systems and, in some cases, teaming up with customers to enable demand reductions and grid-support services. Also, the U.S. military continues to push initiatives to make its bases more sustainable and resilient.

These markets are driven by differing benefit hierarchies, which all generally involve some arrangement of resilience, renewables integration, cost reductions and income opportunities. For the military, resilience tops the list, but Wiedetz said economics are less crucial.

Universities see sustainability and improving resilience as drivers, along with the possibility of using campus installations as teaching tools. For commercial and industrial facility managers, the selling point can be the opportunity to do more with the fleet of backup generators they already have on hand.

“A microgrid allows them to maximize the value of the investments they’ve already made,” Wiedetz said.

“If you’re going to have that redundancy, why not do something with that power asset?” Wiedetz said. “It’s going to pay for itself in a couple years.”

Maxine Ghavi, global head of microgrids, ABB, Zurich, sees a similarly varied list of motivators for her company’s customers, both in the United States and around the globe.

“Resilience is one of the key drivers, and it may be the initial reason to consider a microgrid, depending on the sensitivity of that operation to disruption of service,” she said. “However, once a prospective customer begins to examine the case for a microgrid, they soon discover that there are many other value streams, such as reducing demand charges, peak shifting, demand response, frequency regulation and carbon displacement.”

For commercial and industrial companies, the primary drivers are some combination of return on investment, resiliency and power quality.

“If that is the case, it is all about the cost of power from the grid, versus the cost of distributed generation and the value that resiliency brings to that operation,” Ghavi said. “For some time now, many well-known businesses are making large commitments to renewable power, and as such, they evaluate locating it on site as part of a potential renewable microgrid strategy.”

Seeing opportunities for supporting such strategies, ABB recently launched a modular solution that pairs hardware and software controls with an expandable bank of lithium-ion batteries in a standard shipping container. The company calls this a plug-and-play solution and offers it in four pre-designed configurations that range from 50 kilowatts (kW) to 4,600 kW.

Getting regulators on board

As with other distributed energy strategies, microgrid deployment in the United States can be complicated by state regulations that prevent utilities from owning generation assets. Though electric utilities and their customers could benefit from the added resilience and grid-support that a microgrid could offer to local distribution systems, most states haven’t figured out how to recover those costs under current rate schemes.

“This is a hot topic in many states that are looking for ways to implement public-purpose microgrids in disaster-prone areas,” Ghavi said. “Placing generation somewhere in the grid as part of a microgrid may be less expensive than upgrading a substation or building new transmission lines to serve a growing load pocket.”

“Resilience is probably the primary driver in North America,” Asmus said. “And, it’s what has led to state programs and funds specifically going to microgrids.”

For Wiedetz, the advantages microgrids offer in terms of resilience, integration of renewables and optimization of existing backup-generation equipment make the technology a no-brainer in today’s rapidly advancing distribution systems. The challenge lies in convincing facility owners, managers and utility regulators that the benefits are worth pursuing now.

“In the last year or two, software controls started to catch up, technology-wise, but really the technology has outpaced the business plans,” he said. “Now we have to educate and to figure out what the best financial models are out there.”