The IP Side of Casino Surveillance 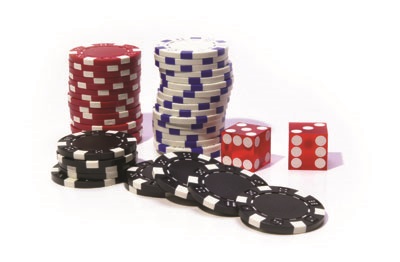 Gaming, resorts and hospitality make the move to digital

Nearly every casino in the United States is somewhere in the cumbersome transition from analog to digital recording and cameras for its surveillance systems. How far along they are in that shift depends on state standards, the size and age of the existing security infrastructure and what a casino owner is willing to spend. But everyone in the industry seems to agree that within five years, digital surveillance will dominate the casino, resort and hospitality industries.

Today, a typical casino may have 2,000 or more analog cameras of a variety of technologies. The casino has coaxial cable strung through every room, connecting each camera to the surveillance room. The IT and security directors may not work together, personnel may have changed since the system was installed. There is little paperwork about the system on record, and even the contractors may have changed several times.

With that in mind, bringing together all the surveillance technology and switching it over from analog to digital—perhaps even

incorporating an Internet protocol (IP)-based network—is a mammoth project. To further complicate matters, changing a single camera can be a major undertaking when you consider the importance of what each records. Gaming regulation requires that no gambling can take place at a table that is not covered by a camera, so having even one camera go down can result in a large loss in revenue.

Mel Davis, owner of American Video Surveillance in Las Vegas, has been in the casino surveillance business for 30 years. He said

that he has seen more changes in technology in the last three years, than in the past 30. That is because every casino either has or is preparing to transition to digital recording and eventually digital cameras as well. State gaming commissions will eventually require it. In many cases, the gaming commissions now insist on remote access to recorded or live video at any gaming facility. Also, manufacturers have simply stopped making VCRs, nudging casinos that much faster toward digital recording.

At Audio Video Systems, West Palm Beach, Fla., where the company has been repairing VCRs for casinos for years, the VCR repair business has all but come to a halt.

“That’s been a big change for us,” said Lee Barnard, Audio Video Systems director. “A few years ago, we did a lot of business servicing time-lapse VCRs for casinos, but that has dropped off to almost zero.”

Even as the manufacturers have responded to the drop in demand by selling off remaining VCRs cheaply, it is easier for some casinos than others to make the transition away from the old recording devices. For the most part, tribal casinos on reservations are flexible with a more modern and simple infrastructure and are prepared to spend more money on technology, making a transfer to digital an easier endeavor.

The Pequot Tribe’s Foxwoods Casinos in Connecticut, for example, went digital early. Until recently, it was the largest digital surveillance system in the world, according to Alan Bonaguidi, Intelligent Marketing Inc. sales engineer for the New York and New Jersey regions. Foxwoods’ digital system is PC-based with analog input.

But for any casino, a hybrid system is part of the reality. Bridging the gap is structured wiring. For instance, Category 5 and Cat 6 cabling offers the ability to carry multiple signals, a vast improvement on coaxial.

“They like structured wiring,” Bonaguidi said of casinos in general. “They all know they have to switch over to digital. Some are migrating now, and others are doing multiple systems.”

“A lot of casinos have the attitude of ‘if it’s not broken, don’t fix it’,” said Lynden Yates, regional manager for video IP technology provider IndigoVision, Hoboken, N.J. With often thousands of cameras on the premises, few casinos can afford to change everything on the floor and in the surveillance room at once. In fact, upgrading one surveillance room to digital generally costs between $1 million and $3 million, said Davis of American Video Surveillance.

Because of the cost, many are opting for something that will transfer the images from the analog cameras to digital images for recording. IndigoVision offers an encoder that accomplishes that transition.

“A lot of casinos have a huge footprint with analog, and they have very little space left,” Yates said.

When they convert their surveillance system, they need to do a “hot transition,” meaning the cameras do not go down at any point. That means running parallel systems through the transition, which requires more space than many casinos can provide.

“So they’re reluctant to jump into digital,” he said.

With an encoder, the casino can continue collecting analog video, then convert it to digital for storage and playback.

A full digital conversion worries casino owners for other reasons as well. “There’s a lot of smoke and mirrors in digital,” Yates said.

With its fast growth, many companies have sprung up with very little experience in the technology.

“Lots of people say ‘this is an exploding industry. Let’s get a piece of that,’” Yates said, adding that, “Every person in the United States is a video expert.” He pointed to people’s abilities to look at an image on the screen and determine how sharp it is, but, even so, they may not be qualified to deal with the technology.

Most casinos prefer and are required to install a system recording at 30 images per second, which makes digital video recorders (DVRs) more desirable than ever. Not only are DVR prices now as competitive as VCRs, but they are beginning to offer faster search capabilities and playback options. DVRs also offer redundancy, called the redundant array of inexpensive disks (RAID). If the primary drive fails, the user can still have a saved recording on a redundant hard drive. DVR recordings can also contain a digital watermark that indicates there was no tampering while the event was happening or after.

From digital to IP networking

The stability of an IP-based video system depends largely on the configuration of the network (the bandwidth). That problem is resolving, because equipment is requiring less bandwidth to operate.

IP systems allow casinos to operate surveillance from a remote location. This is useful when there are several casinos under one owner with perhaps one investigator per shift to review casino video from another part of town or even another state. In Las Vegas, there is an Internet hub on which casinos can rent space to back up their data, Davis said.

“It’s still in its infancy,” he said of IP networks. “All camera technology will be IP-based in the next five years.”

Until then, casinos can expect to be using a combination of technologies. However, many security managers in casinos worry that network video systems are unreliable. Most of this stems from a fear of network failure. Security professionals often worry about what would happen to IP video if the network went down, and these fears cause them to cling to analog technology.

When and how to go digital or to get on the IP network are not the only technology changes facing casino owners. Facial recognition is another technology that has begun taking off in the gaming industry. For example, Biometrica of Braintree, Mass., offers several facial recognition packages for casinos. Facial recognition allows a casino to control the thousands of faces that pass through their establishment. Although they can’t capture and analyze every picture of every player on the floor, they can respond to suspicions with a quick scan of the player’s face, said Biometrica’s James Pepin, vice president of sales and marketing.

The system comes with a database of undesirables and cheaters as well as other criminals. With a banned list, a casino can spot a suspicious person or behavior and run a check on his or her face.

Casinos can also create their own database with faces for people they have thrown out of the gaming room or former employees. A casino can also include “high rollers,” casino players who have earned VIP treatment by the casino. With facial recognition, a casino surveillance operator can run a scan on a face and receive back images of likely matches.

“It saves you a tremendous amount of time,” Pepin said.

SWEDBERG is a freelance writer based in western Washington. She can be reached at [email protected]