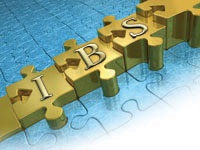 Integrated Building Systems (IBS)—which merge together all of a building’s systems, including lighting, security and fire and life safety—represent tremendous opportunities for electrical contractors; it is a market that will eventually out-grow the traditional electrical market. Success will depend on the electrical contractor being able to provide value to the customer and demonstrate that the final integrated product will fulfill its needs.

There are various ways that a building’s systems can be integrated, but they all rely on communications protocols, such as BACnet, LonWorks, Modbus and, for lighting, Digital Addressable Lighting Interface (DALI).

BACnet is a U.S. national standard, a European prestandard and an ISO global standard; it was developed under the sponsorship of the American Society of Heating, Refrigerating and Air-Conditioning Engineers (ASHRAE). It is a data communication protocol for building automation and controls networks, and its governing set of rules cover everything from what kind of cable to use to how to perform a particular request or command in a standard way.

LonWorks, developed by Echelon Corp., San Jose, Calif., is a flexible and expandable standards-based control networking platform upon which manufacturers can build products and applications. Once called LonTalk, the LonWorks platform is an international standard, alternatively known as ANSI/EIA709.1, SEMI E56.5, IEEE 1493-L and EN14908, among others. As an open technology, LonWorks allows devices from one manufacturer to communicate directly with products from another manufacturer.

Designed by Modicon for use with its programmable logic controllers (PLC), Modbus is a communications protocol that has almost become a de facto standard in industry, since it represents the most commonly available means of connecting almost any industrial electronic device. Modbus is used in master-slave applications to monitor and program devices, to communicate between intelligent devices and sensors and to monitor field devices. It is also used in applications where wireless communication is required.

On the other hand, DALI is a dedicated protocol purely for lighting control. However, it is effective for setting scenes and for getting feedback concerning faulty light sources. According to DALI-AG, this makes the technology useful to tie into building automation systems where remote supervising and service reports are required.

According to Chris Hollinger and Heath Klein, systems integration product managers for Siemens Building Technologies, Buffalo Grove, Ill., the choice of a communications protocol when designing an integrated building depends on the systems being considered.

“Each building system must be examined separately to determine what integration solution works best,” Hollinger said.

However, at the most basic level, building systems are integrated through sensors and controls that allow individuals to program specific lighting and environmental scenarios for their spaces, according to Barry Haaser, senior business director, LonWorks Infrastructure, for Echelon Corp.

“The goal is to provide a building and its users with connectivity between all systems and devices,” he said.

There are two fundamental methods of building integration; native takes parts from different suppliers and integrates them to make a single homogenous system, while system-level means building separate, discrete and fully functioning systems, such as lighting, security, etc., and then tying them together at the system level.

“Trying to integrate a building using the native method is difficult because the components come from different manufacturers, and even though they are supposed to communicate, they rarely do so well,” said Ian Rowbottom, principle application engineer for Lutron Electronics Inc., Coopersburg, Pa. However, using the system-level approach to building integration means that the fully functional system from each manufacturer can then use the correct communication protocol to tie the systems together.

“Integration is a continuum from mere communication to interoperability and interchangeability that provides the building owner with a value proposition,” he said.

However, it is estimated that less than half of completed IBS systems use the full potential of integration.

“A building’s integrated system is more likely to be separate systems that share the same network or platform, but aren’t actually programmed to interact with each other fully,” said Bob Riel, vice president of Dynalectric Co., San Diego, Calif.

Then again, as the IBS market grows and matures, more and more smart devices are being developed that are Internet protocol (IP) enabled and not proprietary, which allow building owners to integrate similar systems into the building management network for the purpose of having centralized oversight and operation of the building’s different systems.

“Smart devices include lighting sensors, occupancy sensors, and HVAC equipment that communicate with each other over the building’s Ethernet and provide sophisticated programming that automates the interoperability of different systems,” said Ross Holly, project manager at Rosendin Electric Inc., San Jose, Calif.

While there are differences between all of the widely used communication protocols, they are the same: their primary purpose is to facilitate communication between devices, according to Klein. Another common thread between BACnet, LonWorks and Modbus is that they all conform to the European Open System Interconnection standards and provide a migration path for data to be communicated to higher level devices. Furthermore BACnet and LonWorks are similar in that they are open architectures originally designed for the native integration method.

“Both of these protocols, however, are being used today for intersystem communication as part of the natural evolution of IBS,” Rowbottom said. Even DALI is the same as the other protocols in that it allows the building’s lighting control system to communicate with individual fixtures, although it is not really used, Rowbottom added, for building-wide integration purposes.

The differences among the protocols, however, is what electrical contractors need to be most concerned about when providing customers with an integrated building solution. According to Hollinger, BACnet is a system-level protocol designed specifically for building automation, while LonWorks is more useful for device-to-device communication.

“Modbus has its roots in industrial processing control, while DALI is specific for use in lighting applications,” he said. In addition, according to Rowbottom, BACnet and LonWorks are more complicated to program than Modbus and DALI and require formal training and software from ASHRAE or the manufacturer, respectively.

It is important to realize that each of these protocols is also different in the way it communicates, in its functions and features, how it is installed and configured, and in the way it is managed.

“But they were all developed to provide building owners with a way to expand, extend and enhance their building automation systems without being confined to any one particular manufacturer,” McGowan said.

A large percentage of building automation systems being installed today use system-level solutions, such as BACnet or LonWorks, rather than proprietary protocols.

“I think most solutions providers can provide these system protocols but not necessarily support them,” Klein said.

This fact requires that those electrical contractors who want to take advantage of the opportunities this market provides need to understand the protocols as well as the actual media cabling involved. For example, LonWorks requires specific wiring be used to enable devices to talk to each other, while BACnet has five network types that it supports.

“To succeed, contractors need to understand more than the electrical system of the building but also its automation, HVAC, information technology and security systems,” McGowan said. They need to know how these other systems operate and interact so that they can provide an integration plan for the owner that fits its needs. In the future, McGowan said, contractors need to be aware of technological migrations toward the use of Ethernet communication and XML language protocols as buildings become smarter and operate as individual microcosms.

“To survive and prosper in the future building construction industry and to provide owners with the intelligent building systems that they will demand, contractors need to become full building integrators rather than providers of electrical systems.”

It is also advised that contractors have people on staff with knowledge about the various other building systems involved in a complete IBS because the operation of HVAC, life safety or security systems are not a normal part of the electrician’s established skill set, Riel said.

“It is not difficult for the electricians to learn how these other systems operate and are controlled, but experts in other systems can train field personnel on exactly how to install and connect them properly,” Riel said.

Of course this means contractors need to make an investment in examining the market and in providing training.

“As integration becomes more vital, it also provides a great opportunity for contractors to add value to their offerings and to differentiate themselves from the completion,” Haaser said.

Contractors can start the learning process on the Internet by visiting nonmanufacturer sites that provide information about the various communication protocols.

“Contractors can also talk to system vendors, attend their training, and develop relationships with them,” Hollinger said. According to Holly, manufacturers are the key to success in this market.

“Manufacturers are working with architects to get their products specified into jobs. Working with them allows contractors to learn and adapt to technological advancements,” he said.

When entering the field of integrated buildings, Riel suggested starting with smaller jobs to begin exposing field personnel to the installation and programming requirements of IBS.

“You can then start sending those electricians and low-voltage technicians that demonstrate an aptitude for either the programming or start-up and commissioning aspects of integration to specialized training,” he said.                EC

BREMER, a freelance writer based in Solomons, Md., contributes frequently to ELECTRICAL CONTRACTOR. She can be reached at 410.394.6966 or by e-mail at [email protected].
Share this article