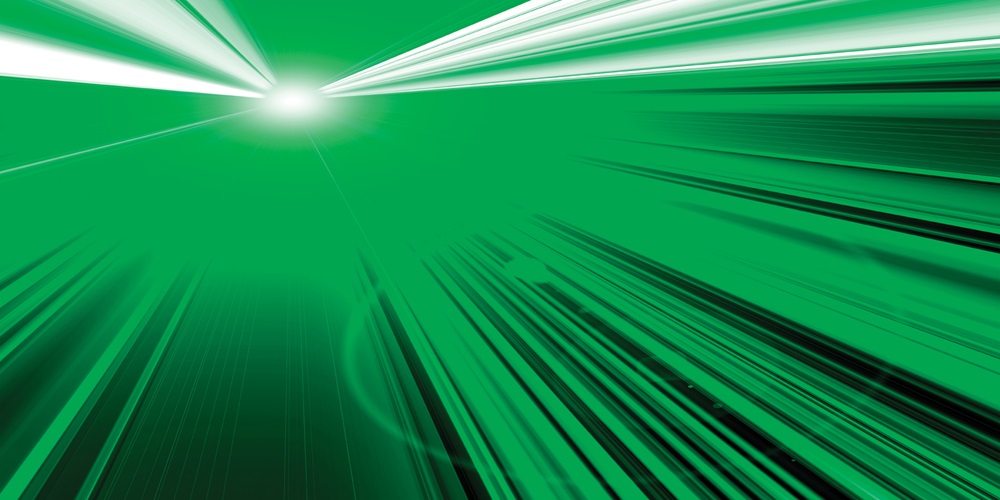 Integrated Systems On the Market

For data centers that still use copper, Category 8 (Cat 8) cabling promises to quadruple speed to 40 gigabits. Cat 8 could operate at a bandwidth frequency of 2 gigahertz. This increased capacity doesn’t mean copper will replace fiber optics, but it will offer a relatively low-cost, high-speed alternative.

Several standards organizations are still working on the documentation for the new category. The Institute for Electrical and Electronics Engineers (IEEE) is defining the operation of 40 gigabits per second (Gbps) for its 802.3bg standard, while the Telecommunications Industry Association (TIA) is developing its specifications with three documents—two related to testing in the lab and in the field and the other related to components. The International Organization for Standardization (ISO) in Europe also is developing a standard.

By the end of 2016, the IEEE and TIA should release all documentation, said Mark Dearing, senior product manager for copper at Leviton Network Solutions, Seattle, and a TIA committee member.

The TIA-568-C.2-1, Balanced Twisted-Pair Telecommunications Cabling and Components Standard, Addendum 1, was remanded to the committee to address comments at the association’s April meeting. The standard’s publication could follow shortly or may take a few more months, according to Stephanie Montgomery, TIA vice president of technology and standards.

Cat 8 cable is composed of four shielded-copper twisted pairs no larger in diameter than its Cat 6a and 7 predecessors. It uses RJ-45 connectors, and it can support 40 Gbps lengths up to 30 meters.

The bandwidth at which it can operate will amount to 2 gigahertz (GHz). Cat 8 will also support lower data rate versions, including 10 GHz for a distance of 100 meters.

It’s designed as a short patchcord at the end of a series of cabinets or a single cabinet, but it’s not intended to provide cable for the entire infrastructure. Cat 8 offers a cheaper high-speed alternative to fiber. It can be longer than a twin axial cable that has a shorter distance limitation (at about 7 meters) than the new Category 8.

“This is really meant for the edge,” Dearing said.

Cat 8 is designed to run at both 25 and 40 Gbps, which fills a gap in the industry. Through fiber cable, the industry learned there was a need for the midlevel bandwidth. Fiber transitioned from 10–40 Gbps, and the jump was too big for the market’s needs at the time.

It will be 2017 before the manufacturers can have the products in place with the proper lab and field testing.

The number of projects that will specify Cat 8 right away is still unknown. The growth may start slowly.

“I don’t anticipate anyone ripping out their 10G or 40G fiber to replace it,” Dearing said. “But, if they need more than 10G, they’ll look at options.”

This could be 40-Gbps fiber or the less expensive Cat 8 in copper.

“This is meant to be an alternative to fiber and twin axial,” he said. “Category 8 is specifically designed for the data center. You won’t be using it for anything but a data center.”

While RJ-45 (already used for Cat 3 through Cat 7a) is the connector for Cat 8 cable at this point, the ISO is also considering Class 2, a version of Cat 8 that would not use RJ-45 connectors but instead would use three or four other plugs that are common in Europe.

“TIA has chosen not to adopt Class 2 [at this time],” Dearing said. “So, it remains to be seen how much Class 2 gets adopted.”

Manufacturers are following these trends and are poised to release a product quickly once the standard is published. Leviton, for instance, already has designed a new connector that accommodates Cat 5e and 8.

Dearing spoke at the BICSI show in February to start educating the industry about the new standard. He warned contractors to expect installation to be somewhat harder due to the extra shielding.

“As always, follow the limitations in the standard for overall channel length, reductions in allowed length for elevated temperature, and trade-offs between patchcord and horizontal cable length,” Montgomery said. “For support of 25G and 40G BASE-T, the number of connectors is limited to two per channel.”

Of course, she said to be sure to follow the manufacturers’ instructions for connector termination and installation.

Since the embedded BASE-T protocols already use the RJ-45 as the equipment outlet, an easy upgrade path exists as the electronics are gradually improved from 10G BASE-T to 25G or 40G BASE-T.

Electrical contractors (ECs) that are experts’ Cat 6a and lower cabling systems can easily apply their knowledge to this new cabling category, extending the lifetime of their skills for another generation.

In the meantime, the TIA is still developing field testing, and Fluke Networks is working on its own tools to ensure the company will be ready when the cables are being installed. Most existing fixtures for field testing will no longer be useful for Cat 8 cable, according to Adrian Young, product-marketing engineer at Fluke Networks, Everett, Wash.

Fluke sells an RJ-45 plug that meets Cat 8 requirements, and Young said that Fluke and other test-equipment companies are doing due diligence to ensure tools are ready for Cat 8 installations. ECs need be confident that, when they terminate the cable, they can properly test the connection and prove that they delivered what the end-user wanted.

Fluke also offers fault diagnostics to address what happens when it fails. It offers the contractor the ability to look down the cable with the tester and view a display as to where the failure may be.

The Fluke DSX-5000 CableAnalyzer runs transfer conversion loss (TCL) measurements by injecting a differential mode signal into each twisted-pair cable and measuring the common mode signal that returns. Young said it is a module that sits in Fluke’s Versiv mainframe.

“So, for Category 8, it will be a new module that goes in the Versiv mainframe along with new Category 8 permanent link adapters and channel adapters,” he said.

According to Young, the new module, as with the current DSX-5000 CableAnalzyer module, will be capable of doing TCL and equal level transverse conversion transfer loss (ELTCTL) measurements, along with direct current (DC) resistance unbalance within a pair and DC resistance unbalance between pairs.

Barriers in the way

“Although we have shown prototype hardware, there are still some issues to be resolved in the cabling standards before a product could be shipped,” Young said. So, with Cat 8, Fluke is “almost there.”

The same is true for the connecting hardware vendors.

“Every time we bump up a category, there’s a learning curve,” he said. “Don’t be scared of it, but be cautious. Make sure you understand what you’re working with.”

Fluke works closely with cable vendors to ensure field testing will be available for installing all of the new products. However, for the first time with copper, high-speed data is getting easier to accommodate.

Wireless access points are going to be another area to watch, Dearing said. The 802.11ac is the next version of commercial access points, offering more than 1 Gbps of bandwidth. Currently, Cat 6 cable would be used with the new access points, but as the numbers increase to 5 Gbps, it will be a challenge to get that much data through a cable not designed for those levels.

“Leviton is promoting the fact that, if you’re going to be pulling cable, you should pull 6a,” Dearing said, because of its better thermal characteristics for the high-powered access points.