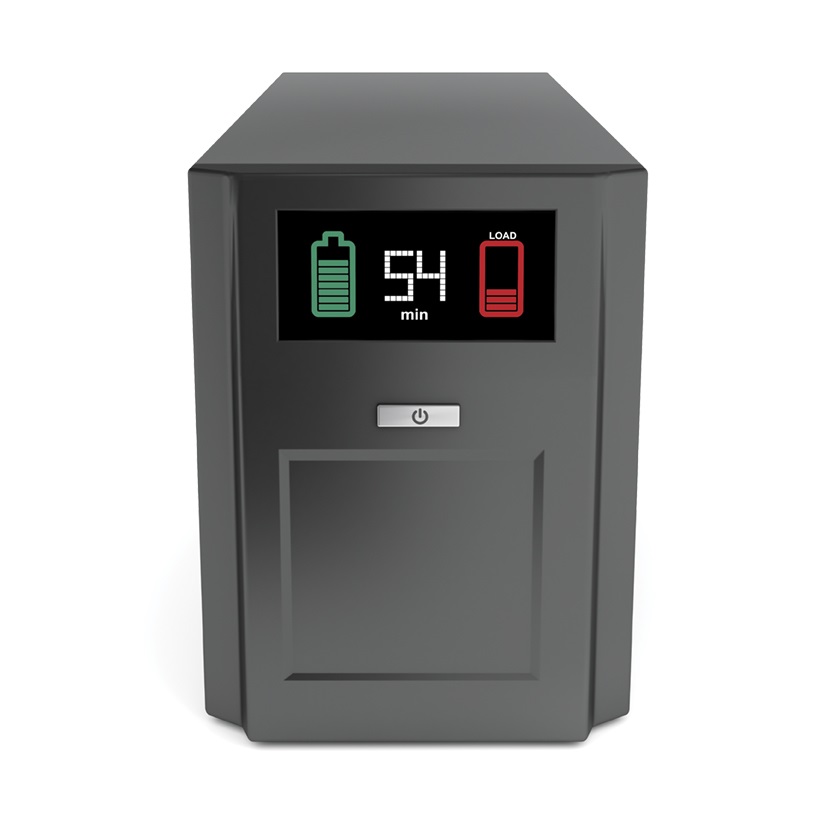 Fixing or mitigating the problem of equipment malfunction or misoperation due to incompatible power supply isn’t much more complicated than diagnosing the power quality problem. As May 2014’s article showed from Table 2 of IEEE Std 1159 2009, Recommended Practice for Monitoring Electric Power Quality, there are seven basic types of power quality phenomena. Some solutions can fix just about all of them at once, such as an online uninterruptible power supply (UPS) that creates its own power source, but they can come with their own potential power quality issues. Let’s look at some general rules and some specific types of mitigating techniques and equipment.

Four simple rules should be followed:

Wiring and grounding is usually the top source of power quality problems in many of the quoted statistics we use in the industry. For starters, the wiring should be done properly according to the National Electrical Code (NEC) or other applicable electrical building codes. While adhering to the NEC doesn’t ensure the load gets the required quality of supply, failure to comply will often cause problems. For example, having neutral-to-ground bonds on distribution panels and not just at the point of common coupling where the grounded and grounding conductors are to be bonded (except for separately derived supplies) can result in ground loops and elevated neutral and ground voltages. Grounding impedance to earth doesn’t require an extremely low ohm reading from a power quality perspective, proven by airplane, spacecraft or other unearthed equipment operating just fine. However, an equipotential ground plane—all equipment has the same voltage reference—is necessary.

The problem caused by the various types of power quality phenomena requires the solution to either supply or absorb enough energy at the right time by reacting quickly and long enough to recreate the original sine wave of the voltage and/or current so that the equipment is no longer negatively affected. For impulsive positive transients, properly joule-rated and grounded transient voltage surge suppressors (TVSS) will usually do the trick. For oscillatory transients, either desensitizing the adjustable speed drive’s overcurrent protection, or having the utility install zero-crossing switched power factor capacitor banks, is the remedy.

The National Electrical Manufacturers Association (NEMA) has worked with drive manufacturers to specify the power supply of equipment to ride through the typical magnitude and duration sags for particular facility locations, and it is useful for others. However, UPSs are effective solutions when this approach isn’t practical. For sustained interruptions or undervoltages, backup generators with adequate fuel supply are the way to go. Refer to the requirements in Article 708 of the NEC covering critical operating power systems (COPS).

Swells that result in damage or malfunction are infrequent in many areas, with the automatic tap changing transformers reacting in time to prevent damage to equipment (and TVSSs). However, loss of a neutral connection on a split-phase system has been known to create a voltage imbalance that can do significant damage. Imbalance in general is corrected by knowing where the imbalance is being created. If it’s coming from the voltage supply, perform a tap adjustment. If due to unbalance currents being drawn from the facility, rebalance the load distribution on the phases.

Waveform distortion (harmonics, interharmonics, noise, notching and direct current offset) generally requires finding the source and snubbing it there. Harmonic filters can be an effective block from load-generated harmonic currents getting into the distribution system and affecting others. Filters can either be connected in series with a power-system network, which offers high impedance at tuned frequencies to allow very little harmonics passed, or shunt-connected, which are the most commonly used filters in alternating current power system networks and offer a very low impedance-harmonics path away from the equipment. A drawback of series filters is the high cost, since the rating of filter component required is rated full-load current. However, shunt-connected filters divert the unwanted current into another conductor, which may cause problems for other parts of the system. Noise filters with shielding techniques also are used to prevent and reduce conducted and radiated noise.

Voltage fluctuations that result in light flicker often require reducing the effect of the large variation in current at the source of the problem, such as an arc furnace or welder. Changing the type of lighting has also been used effectively to reduce the visual flicker impact. Frequency variations aren’t common in the most grid-connected systems but they can be with local backup generators or other power sources that don’t have adequate electrical “momentum” to keep the frequency constant as the load requirements change.

As the last of the four rules, don’t let the solution cause any further problems. This may seem silly, but the examples are countless and can be the topic of discussion for another issue.