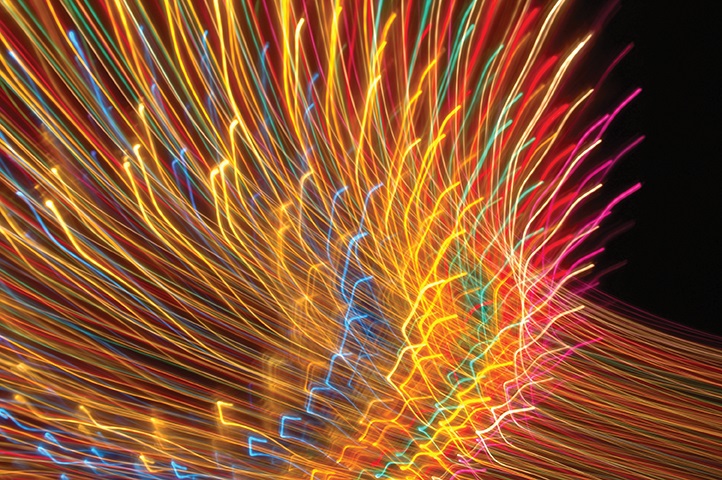 The dark fiber providers that most people are familiar with are private companies that were started to offer fiber connectivity for a profit. Today, there is a major movement toward building fiber networks as a public-private partnership. There have always been deals between public entities such as utilities, cities, highway authorities, railroads, etc., that own rights of way and private companies that bring in the capital to build the networks.

One of the first (and largest) of these networks was a partnership between Bonneville Power Administration (BPA), a federal electrical utility in the Pacific Northwest that partnered with MCI, a long-distance phone company, to build a fiber optic network. BPA furnished the right of way and MCI the fiber expertise. Together, the entities were pioneers in installing optical power ground wire (OPGW), i.e., high-voltage electrical distribution cable with fibers inside. MCI built its network more easily, and BPA received free fibers for communications.

Similar deals have transpired with railroads and highways, where telecom companies used the rights of way in trade for fibers. Many of these partnerships where the installed fiber networks were shared involved states or cities that owned the rights of way. A few years ago, lobbyists for the big communications providers that did not like this competition got laws passed in 19 states forbidding governments from entering such partnerships. Those laws angered many government leaders, including Tom Wheeler, chairman of the Federal Communications Commission (FCC), and were nullified this year by a decree that they violated FCC regulations.

Many of the states where those laws were enacted were the same states with the greatest need for communications-network expansion, i.e., states with many low-income citizens or largely rural areas where private communications companies (such as the incumbent providers) did not see sufficient profit potential to expand their networks. Following the recent FCC ruling, we have seen a growing number of major projects for fiber optic network development.

One of the most interesting is in Kentucky. The state historically has been dependent on such “low-tech” industries as coal mining. Mining is declining due to cheaper natural gas and competition from alternative energy and environmental regulations. State leaders realized that one roadblock to economic development was communications, especially in poor, rural areas. Currently, Kentucky ranks 46th in broadband availability, and 23 percent of rural areas do not have access to broadband (defined as about 4 megabits per second).

Realizing that private interests will not provide the necessary infrastructure, Kentucky created a public-private partnership to develop and build its own network. A statewide network was designed that will include more than 3,000 miles of fiber and connect every county. This open-access network will allow private Internet service providers to use the fiber to deliver services to every community. Each community will then be able to decide how to connect homes and businesses, using private, public or cooperative local groups.

This is a big project. Those 3,000 miles of fiber are projected to cost $250–$300 million, including $30 million in state bonds and $15–$30 million in federal grants. A large international organization that has promised to hire locally is handling financing, but more than 100 companies are going to be involved in the project.

That brings up another big issue: Where will the workers come from, especially since both the private and government groups involved have promised to use as much local labor as possible? Can there be enough competent fiber optic workers in Kentucky to build such an ambitious project?

Of course not. That’s why the state is working with local technical colleges to train more workers. Since the project will start in Eastern Kentucky, two local schools, Big Sandy Community and Technical College and the University of Pikeville, are training workers specifically for this project.

Neither school alone has the expertise to train fiber techs, so they are partnering with a school approved by the Fiber Optic Association (FOA), BDI Datalynk, to offer an intensive course in basic fiber optics and skills specialist training in splicing and testing. Graduates of the course will be FOA-certified techs ready for on-the-job training.

Perhaps the most unusual part of this public-private partnership is who is paying for the training. Local businesses and other groups have contributed to a scholarship fund for the first 50 techs taking FOA training and certification; it’s their way of showing support for this project.

There are hundreds of projects like this around the United States, and more are expected. It’s a major opportunity for contractors who are prepared to work with these public-private partnerships.