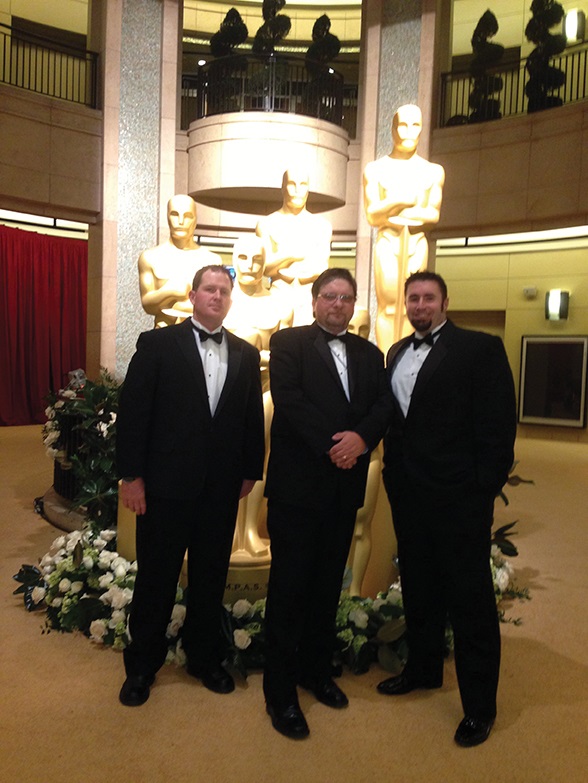 While virtually any electrical contractor can branch out into low-voltage work, gaining a foothold and growing the business requires a competitive advantage. For National Security Works (NSW), a low-voltage company based in San Diego, that advantage is value.

When the Great Recession hit in late 2007, and with competition increasing, NSW found itself struggling.

“Money was tight for customers,” said Clint Morgan, CEO. “During that time period, a lot of small shops and owner/operators began offering some very low prices that we couldn’t match. As a result, we started to lose some business.”

However, most of these customers soon returned to NSW.

“These customers began to realize that they hadn’t been getting the value that they needed from these other contractors, and value is something that we have always emphasized,” Morgan said.”

In 1989, Clint Morgan’s father created National Electric Works (NEW) and Clint joined the firm in 1991. While NEW started business as a full-service electrical firm, it wasn’t long before customer demand caused the company to expand into low-voltage work.

The company created National Security Works as a separate division and subsequently, the National IT Works subsidiary. Morgan is vice president of NEW, CEO of NSW, and CEO of National IT Works. In addition to performing traditional electrical work, NEW also does telecommunications projects.

“We are about 55 percent electrical work and 45 percent telecommunications work in National Electric Works,” he said.

All of the businesses operate under one roof with a total of about 80 staff members.

How does value set NSW apart from its competitors? For one thing, it employs a full-time Registered Communications Distribution Designer (RCDD), certified by BICSI, to ensure that installations are completed according to the most current codes and standards.

Second, NSW is able to handle projects from beginning to end.

“On the front end, we are able to do design work for the customer,” he said.

In addition, the company is set up such that, rather than having commissioned salespeople sell the projects and then hand them off to project managers, the engineer who estimates and designs the project from the start remains with the project through completion in the role of project manager. This provides clients with a single point of contact and point of accountability.

“Then, on the back end, we engage in project management, making sure that everything is documented properly, which provides additional value,” Morgan said.

Besides handling everything from the most basic to the most complex projects, another value that NSW provides to customers is staying abreast of the newest and latest technologies from its manufacturers and vendors.

“One thing I personally enjoy about this work is the constant changes in technologies and the new technologies that are always coming out,” Morgan said.

In fact, another element of the value NSW is able to provide to its customers relates to the relationships it has with the vendors and manufacturers with which it does business.

NSW not only partners with manufacturers and vendors to identify projects that make sense for the company but subsequently uses their expertise when working on projects.

The staff represents another element of value. NSW hires apprentices and provides the additional training that is necessary to get them up to speed. However, because of the specialized nature of its work, it also hires experienced people from the outside.

A final element of the value proposition is that NSW has a fleet of fully-stocked service vans that can provide service 24/7/365.

NSW is so respected that it has been working with the Academy of Motion Pictures Arts & Sciences for the last nine years to provide the credentialing and electronic security for the Academy Awards. Each year, NSW creates a temporary network with access-control locations across the entire Hollywood and Highland campus to provide security and access control for more than 8,000 credentialed people who work to make the Oscars a success.