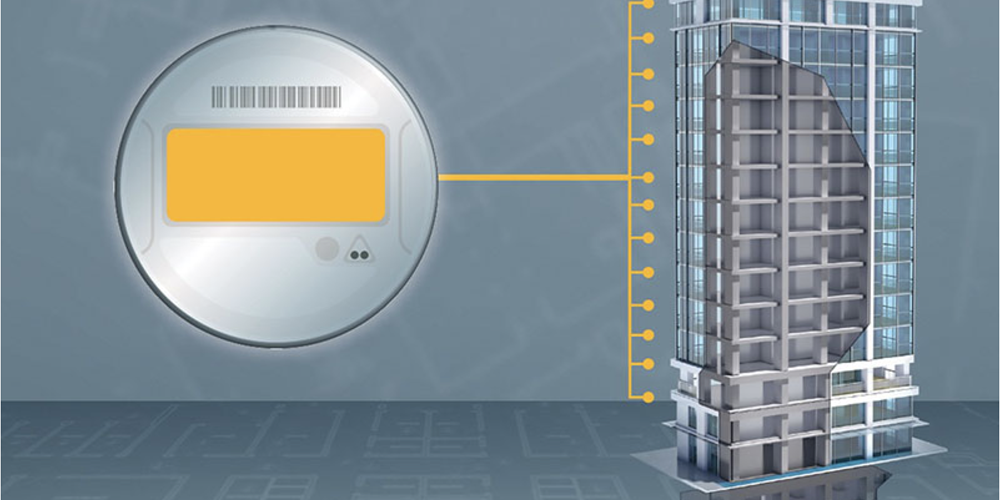 Submetering has almost always been the "rule of thumb" for residential building tenants (apartments and other multifamily buildings) as a way for building owners to ensure each tenant receives and pays bills for their specific usage of utilities (electric, gas and/or water).

Lately, though, the concept is gaining traction as a way to provide more granular energy usage in commercial buildings, which, it is expected, will encourage more energy efficiency from the commercial tenants for two reasons. First, the commercial tenants, once they receive individualized information on their energy usage, will have the detailed information they need to introduce some targeted energy efficiency strategies. Second, the tenants may have an additional incentive to do so as a result of possibly being able to renegotiate their utility payments based on their actual usage, rather than the current common standard, which is based on square footage being used by the commercial tenant.

While the concept is still in the "thinking stages" for many professionals in the industry, it is actually becoming reality in New York City, which passed Local Law 88 in 2015.

The New York City Mayor's Office of Sustainability has an overall focus on "Green Buildings and Energy Efficiency," which involves plans to improve new construction and renovations in the city, as well as address energy waste in existing structures.

The city enacted a comprehensive effort called the Greener, Greater Buildings Plan (GGBP), which targets energy efficiency in large (over 50,000 square feet) buildings, which, according to the Mayor's Office of Sustainability, account for 15,000 properties. These properties account for almost one-half of the city's square footage in buildings and 48 percent of total energy usage.

The "muscle" behind the GGBP consists of four pieces of legislation:

In specific, Local Law 88 requires large non-residential buildings in the city to not only upgrade lighting to meet current New York City Energy Conservation Code standards, but to also install electrical submeters for each large non-residential tenant space and provide those tenants with monthly energy statements.

According to the Mayor's Office of Sustainability, as relates to the submetering requirement of Local Law 88, "Many buildings depend on a single meter to monitor electricity consumption, and, as such, bill non-residential tenants a standard rate, regardless of the tenant's actual consumption." The Office notes that individual commercial tenants would likely reduce their energy consumption if energy usage information were made available to them regularly.

The idea of submeters is that tenants will be able to identify wasteful consumption patterns, such as leaving lights, HVAC, and/or office equipment during off-hours, as well as identifying when overuse occurs during open office hours.

Buildings covered under the submetering part of Local Law 88 are required to install one or more submeters for each:

The specific language of Local Law 88 states, "For these sub-metered tenant spaces, each tenant must be provided with a monthly statement showing the amount of electricity measured by the sub-meter and any amount charged to the tenant or sub-tenant for electricity."

The law goes on to state, "For cases where the are multiple tenants on a floor covered by one sub-meter, the monthly statement must include the electrical consumption for the area covered by the sub-meter and the percentage of that area that is leased by the tenant."

Reports documenting the installation of the sub-meters must be filed with the New York City Department of Buildings by Jan. 1, 2025.

In addition, the language of the law states, "Separate reports, one certifying the sub-meter installations and another certifying that the lighting upgrades are complete, must be prepared by a registered design professional (professional engineer, PE, or registered architect, RA), a licensed master electrician or special electrician, and filed by the building owner to the New York City Department of Buildings on or prior to January 1, 2025."

While 2015 may seem like a long way off, and planning for submetering should begin now, since many commercial leases have 10-year terms.