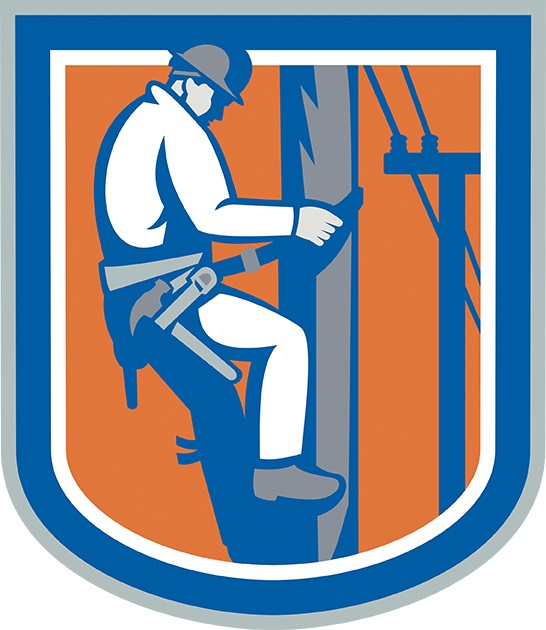 After years of success in improving lineworker safety, the electrical industry’s work isn’t finished yet. In the past decade, the job of lineworkers—still considered the industry’s riskiest work—has become dramatically safer. Men and women who handle high-voltage lines and climb poles in all weather are using more protective gear and following standardized procedures that yield fewer injuries and fatalities. This is the direct result of an industry-wide effort led in part by the strategic partnership between Electrical Transmission & Distribution (ET&D) and the Occupational Safety and Health Administration (OSHA). Working aggressively since 2004, the rate of injury and fatalities has dropped by as much as 50 percent, according to OSHA.

The group has already implemented 11 best practices, which include requiring line crews to complete inspection of a work site to identify any potential hazard prior to any work in the field. As a part of the group, OSHA has a seat on each partnership task team and contributes through consultation and clarification of standards and other details.

Now, with a new five-year agreement signed with OSHA, ET&D partners, including the National Electrical Contractors Association (NECA), the International Brotherhood of Electrical Workers (IBEW) and the Edison Electric Institute, are delving into a new level of safety procedures to reduce accidents even further. The group intends to investigate and develop additional best practices aimed at ground worker safety risks and performing new surveys of those at the front lines—the linemen themselves and supervisors—to explore feasible methods of near-miss reporting and root-cause evaluation. These efforts are intended to improve investigation following accidents and near-miss encounters, said Michael Johnston, NECA executive director, standards and safety, and an ET&D steering committee member.

Since its inception a decade ago, the partnership “has already done an outstanding job reducing deaths and injuries from falls and [electrical] contact events,” Johnston said.

Now the partnership will investigate the cause of ground injuries—which, based on partnership data, are on the rise—and their root causes, including grounding issues, struck-by and caught-between events, electrical shock, arc injuries, and falls. The latest data shows a high rate of incidents to the hands: punctures and cuts that require medical assistance.

“The work goes on, and the partnership is more on course than ever with the development of essential best practices in personal protective grounding techniques,” he said.

In the meantime, lineworker training has evolved, and the new generation of apprentices is more technologically savvy than any group before it. However, they need to use these skills to prepare for a job that offers less on-site training than it did in the past.

Apprentices have greater pressures on them when they arrive on the work site, said Steve Anderson, director, line construction training and curriculum development, National Joint Apprenticeship and Training Committee (NJATC).

“Apprentices don’t get the time to observe the way they used to,” he said.

While they used to spend hours on-site simply watching the work, they now need to start work quickly to meet the project’s budgetary needs and the lineman’s employer—the contractor or utility.

“This all puts more pressure on the trainers,” Anderson said.

To address the changing on-site demands, the NJATC emphasizes hands-on laboratory training in which apprentices spend more time climbing poles and doing simulated work. In addition, lineworkers-in-training have more interactive software to help them learn the basics of proper hookups, grounding and energizing a line.

The NJATC strives to bring journeymen back into the classroom periodically to get updated on safety procedures or gain certification they didn’t already have. However, these workers are busy and often reluctant to take time off to get that done.

Today’s trainees are unlike their predecessors in the power construction industry.

“This generation is different,” Anderson said. The current trainees are very proficient with computers, so training methods have changed to meet the needs of this new group. Nevertheless, some apprentices find out they’re not right for the job.

“This work is not meant for everyone,” Anderson said. “They can be physically capable, but it still takes the right mindset. It is very demanding, and it takes a special person that can do this kind of work.”

An aptitude test may help program administrators screen individuals who may not have the skills or character to perform this type of work. By selecting the right individuals for apprenticeship, the area-wide training programs can find better trained, better skilled, and safety-conscious individuals.

“We are very sensitive to what our contractors need [in a lineworker],” Anderson said.

At the Trinidad (Colo.) State Junior College Power Line Program, students complete the usual safety training as well as electrical theory, climbing techniques, hardware, rigging and underground residential distribution systems with a total of 400 hours in the classroom and 400 hours in the field.

James Wright, Trinidad State line tech instructor, said most accidents today result in linemen getting too comfortable with their work and not concentrating on details.

“It can be hard to stay focused when you’re doing the same thing over and over, and the next thing you know, an accident can happen,” Wright said.

The secondary work tends to lead to lack of worker attention.

“But secondary will kill you just as quickly,” he said. He suggested that more safety tailgate meetings could reduce the tendency for that kind of complacency during a project.

PPE makes a difference, but more training is needed

Injuries have declined in part due to the increased use of personal protective equipment (PPE). Chris Delavera, vice president, USA sales, Buckingham Manufacturing, said the safety company has focused training on the use of its equipment for contractors, utilities, supervisors and the lineworkers. It has been an uphill battle, since the old school of thought meant doing the work without such safety measures.

Initially, when Buckingham’s BuckSqueeze fall-protection system was released, there was a mentality of being reluctant to change things, he said.

“Linemen [have] a sense of pride in what they do and that includes doing it with the sense of danger in their work,” Delavera said.

Veteran workers, who have been climbing poles for a decade or more without the protective gear, particularly feel that way. The good news is that this trend is changing.

PPE has generally become ergonomically friendly, lighter and more comfortable. In addition, new linemen coming out of training are familiar with using protective gear on the job. Increasingly, the older workers are adopting the same view, although workers in their 30s and 40s are more reluctant to use the protective gear.

“If you’re thinking about the pain [a piece of equipment is causing], you’re not keeping your mind on the task you’re doing,” he said, adding that it can lead to accidents and injuries.

Some contractors still provide the minimum protective gear under OSHA standards and have told Delavera that they will implement the BuckSqueeze equipment when it is required by such standards, which aren’t changed often.

To ensure the equipment is used properly, Buckingham offers training at its site in Binghamton, N.Y., where visitors can learn how the equipment is intended to be used and watch it be manufactured, which can help broaden an understanding of its strengths.

“The trend for us is continuing training,” he said.

In some cases, contractors provide the gear to their lineworkers but don’t have a standard program for training them to use it properly. In that instance, Delavera suggested that contractors address how lineworkers get their training.

He recommended establishing a dedicated group of trainers who will deliver training related to safety and protective gear use before they report to a work site.

“This is a dynamic time we’re living in right now,” he said, pointing out that PPE is changing rapidly, technology is improving, and a large number of new lineworkers are coming into the workforce. “The important point is that every lineman who goes to work should be coming home at the end of the day.”