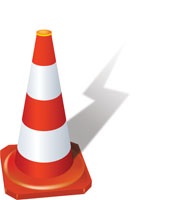 According to the Electronic Library of Construction Occupational Safety and Health (eLCOSH), exposure to electricity is still a major cause of death among construction workers. Among electricians, the most serious concern is working with or near live wires without enlisting the proper safety procedures. Electrocutions kill an average of 143 construction workers each year. Data from 1992 through 2003 indicates electrical workers suffered the highest number of electrocutions per year (586 or 34 percent of the total deaths caused by electrocution), followed by site laborers, carpenters, supervisors of nonelectrical workers and roofers.

More than half the electrocutions of electrical workers were caused by direct or indirect contact with live electrical equipment and wiring, including lighting fixtures, circuit breakers, control panels, junction boxes and transformers. In other words, those deaths could have been prevented had proper lockout/tagout and de-energizing procedures been followed.

The Occupational Safety and Health Administration (OSHA), Washington, D.C., estimates there are approximately 350 electrical-related fatalities a year, which roughly equals one fatality per day. In addition, statistics from the National Institute for Occupational Safety and Health (NIOSH), Atlanta, show electrocution is the third- leading cause of death at work among 16 and 17-year-old workers, accounting for 12 percent of all workplace deaths.

In addition, The Bureau of Labor Statistics (BLS) data indicates 2,726 nonfatal electrical shocks involved days away from work a year, between 1992 and 2001, in private industry.

“To the best of my knowledge, there are more than 30,000 nonfatal electrical shock accidents that occur each year, with a lot of incidents going unreported,” said Chris Marquardt, safety director and field superintendent at Lemberg Electric Co. Inc., Wauwatosa, Wis. It is believed, he added, that for every 300,000 at-risk behaviors, there are about 300 recordable injuries, 30 lost-time injuries and one fatality. The cost of each major case of electrical shock can average between $1 million and $4 million.

According to OSHA, the occurrence of the most common injuries is increasing as the scope of work performed by the typical electrical contractor and the age of the work force increases.

Dangers of the job

“The most common injuries that are sustained when dealing with high voltage or when working on a construction site are caused by contact with overhead or underground electrical lines, and falls are the second most common,” said Bob Isiminger, senior electrical engineer in OSHA’s office of engineering safety. Others, he added, include being struck by vehicles, having construction materials fall on people and being present in or near caved-in trenches. According to James Cawley, P.E., senior research engineer at NIOSH’s Pittsburgh Research Laboratory, fatalities most often attributed to contact with overhead power lines were usually from the result of contact through equipment, such as ladders, tools and cranes.

“Nonfatal electrical injures in construction had contact with wiring, transformers, or other electrical components and contact with the electric current of machines, tools, appliances, or light fixtures,” Cawley wrote in a report entitled Trends in Electrical Injury, 1992–2002.

Also common when working on medium- to high-voltage installations are back injuries, according to Tom Andrzejewski, CSP, safety director for Hunt Electric Corp., St. Paul, Minn.

“The heavy cable sizes are the cause of most of those injuries. Electrical incidents, however, are rare as trained, experienced electricians understand the dangers of working in this area and take the necessary precautions.”

Of repetitive motion injuries or musculoskeletal disorders (MSDs), strains and sprains are usually the most common. “In spite of this, we have not seen a lot of repetitive motion injuries being reported, probably because of the diversity in electrical construction activities,” Isiminger said. However, Andrzejewski said shoulder injuries in the industry are an issue because of the repetitive overhead activities inherent in electrical installations. “Such injuries will have a significant impact to the industry as the work force ages,” Andrzejewski said.

According to Isiminger, there are a number of causes of common injuries, including failure to address known hazards; or if known hazards have been addressed, failure to remind and retrain employees about them; failure to follow written safety plans on-site; and the general belief among workers that injury or death can’t happen to them. There is also the cultural attitude among some electricians that they are expected to work on energized equipment because that’s the nature of the job and that the customer needs to maintain production and avoid downtime.

“That can put pressure on electricians to not fully comply with safety codes,” Marquardt said. However, with the increased enforcement of the NFPA 70E standard, these attitudes are gradually changing.

Another cause of injury is when management and field staff are not willing to accept safety as both a corporate and personal value and to commit to the development and implementation of safety practices on the job site.

“Without a safety-minded corporate culture, safety is not considered a factor, and injuries occur,” Andrzejewski said.

Many times, according to Marquardt, injuries occur because workers believe they will be helping the company by taking short cuts in the name of efficiency, such as not wearing safety gear or misusing ladders or other pieces of equipment. “This is a fallacy, of course, because more often than not, that short cut becomes a lost-time event with injury or property damage,” he said.

The very products and tools the electricians are using to perform their jobs frequently cause common cuts and finger injuries. As products continue to become more affordable, some are losing some of their quality. “Electrical panels, lighting fixtures, etc., now come to job sites with sharp edges,” Marquardt said.

Following the procedures laid out by eLCOSH would prevent, according to the organization, most work-related electrocutions. eLCOSH procedures include compliance with OSHA electrical safety regulations, training employees on electrical safety, having the utility de-energize or insulate overhead power lines, and only allowing work on live electrical circuits or parts in accordance with a permit system with specific procedures.

According to Marty Rouse, corporate safety director for Rosendin Electric Inc., San Jose, Calif., pretask planning can prevent injuries. “Walk the job site, figure out the potential risks or dangers, list the steps involved in each task, list the hazards associated with each of those tasks, and plan how to mitigate or eliminate those risks,” he said. OSHA also recommends addressing job-site hazards in advance to avoid injury.

Some of the simplest and easiest to implement injury prevention methods are also the most obvious. “Wearing personal protective equipment (PPE) can’t totally eliminate all risks on the job site; however, it is the last and best defense between the person and the environment,” Rouse said.

Gloves, hard hats and eye protection all come in many different choices today, and the contractor can outfit the electrician with the right gear that is comfortable and appropriate for each individual. “Foreign bodies in the eyes used to be a major problem, even just seven years ago. The proper use of safety glasses can virtually eliminate these injuries,” Andrzejewski said.

The basic elements of a good safety plan include continued training in hazard identification and mitigation techniques, plus a commitment by management to safety with a demonstration of their support for the plan.

“Safety directors know that top management support is important and that it provides field staff with the freedom to express their concerns or ideas. In my mind, safety results are a precursor to achieving quality, productivity or any other professional standard of performance,” Andrzejewski said.

Rouse agrees to even begin the development of a safety plan requires top management’s commitment to providing a safe environment.

“If management doesn’t support safety and doesn’t develop a culture that promotes employee participation in the implementation and improvement of the program, then one cannot be fully developed,” he said.

OSHA has a variety of services and programs to help electrical contractors define and identify risks and hazards and to develop an effective safety program. Web-based eTools help contractors perform health and safety checkups and develop programs that instill a safety culture, which reduces accidents and improves the bottom line. Software assists contractors in assessing the impact of occupational injuries and illnesses, and publications provide voluntary safety and health program management guidelines. In addition, OSHA’s voluntary consultation program offers a comprehensive safety and health consultation that provides detailed findings on a company’s work site safety program and what possible solutions are available to eliminate or control any serious hazards. Employers meeting the program’s specific requirements may be exempt from general scheduled OSHA inspections for one year. EC