There's an App for That 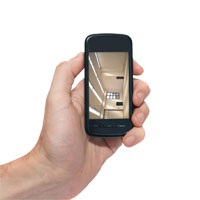 Fluorescent lamps produce visible light through a gaseous discharge process called fluorescence. A current is passed through a lamp, and the current electrically excites mercury atoms to release ultraviolet (UV) energy. Then, the UV energy is converted into visible light by a phosphor powder coating the lamp’s inner wall.

This relationship is so clear that rated light output in lamp catalogs is based on a specific design temperature: 25°C for compact fluorescent and linear T8 and T12 lamps and 35°C for linear T5 and T5HO lamps. Since maintaining an exact ambient temperature is not practical, we are more concerned about getting most of the light output over a range. For example, CFLs produce greater than 90 percent of their initial rated light output over a 10–45°C ambient temperature range, while T8VHO lamps deliver it over a 15–40°C range and T5HO and T5VHO lamps deliver it over a 25–50°C, depending on the manufacturer and product.

Beyond these ranges, however, light output begins to suffer significantly. Since light output falls but input wattage does not, efficiency, expressed in lumens per watt, also drops dramatically.

In many typical commercial building spaces, such as offices, temperature is tightly regulated and so this is generally not a significant issue. But in spaces where HID lamps are used—such as indoor spaces where temperature is not conditioned and outdoor spaces, ambient temperatures can get much hotter and colder than the design rating.

Amalgam technology, a part of CFL designs for the past 15-plus years, is becoming increasingly available in linear fluorescent lamps intended for applications dominated by HID lighting. In an amalgam lamp, a different approach is used to control mercury vapor pressure. A metal is added to the lamp, which alloys with the liquid mercury and creates an amalgam. The result is the lamp is able to produce greater than 90 percent of its initial rated output over a much broader range than nonamalgamated lamps.

As one would expect, ideal applications include spaces where fluorescent lighting is more efficient than HID, but where strong temperature fluctuations occur during operating hours. These applications include warehouses and distribution centers, hangars and industrial facilities. Another strong application is sealed fixtures in walk-in freezer applications. And a potential application that has yet to become fully realized is outdoor lighting, with potential to compete with HID lighting in outdoor area lighting, signage, gas station, canopy and accent lighting.

Note that linear amalgam fluorescent lamps may be slower to start and respond to dimming signals than nonamalgam lamps, which may limit energy-savings potential using automatic controls. According to manufacturers, amalgam lamps can take up to three minutes to achieve full brightness, which may limit application with occupancy sensors (lamps extinguished for short periods of time, however, usually return to full brightness very quickly). Amalgam lamps are also slower to react to dimming signals and otherwise impose limitations on dimming range, which may limit application with automatic dimming controls. However, if a slight delay in dimming can be tolerated, dimming to 50 percent of full light output may be practical as a means of saving energy in direct response to daylight or lack of occupancy.

With the growing availability of amalgam technology for linear lamps, building owners have a lighting choice for applications once considered exclusively the domain of the HID lamp.

Special thanks to Bojan Amovic of Osram Sylvania and Brett Carter of Philips Lighting Co. for their assistance in developing this article.