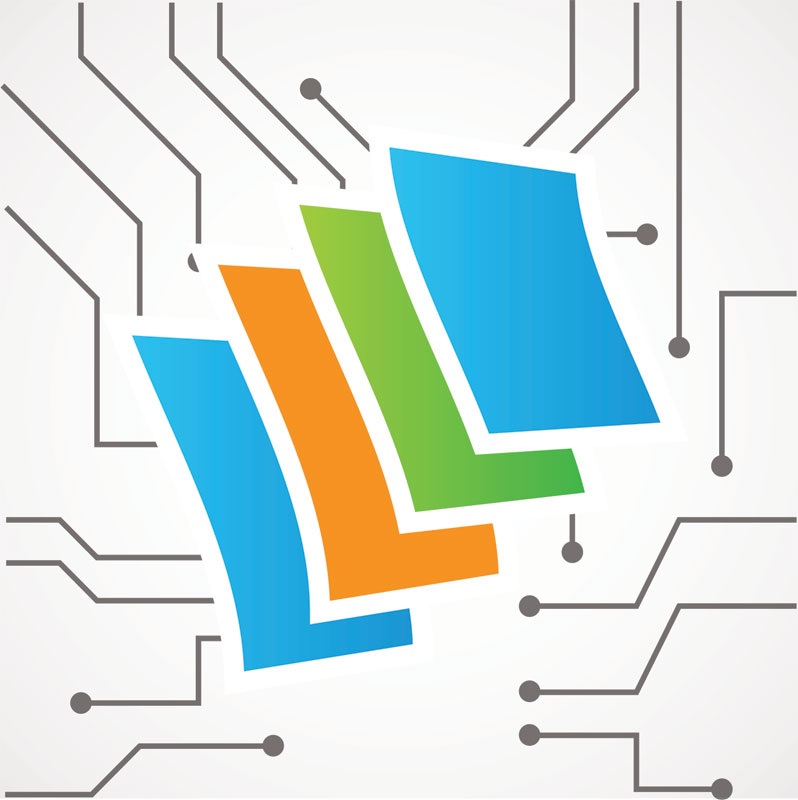 Organic LED (OLED) is a solid-state lighting technology with strong potential for architectural lighting. The LED is a compact, directional point source. Shielding prevents glare, while heat sinking removes internal heat. In contrast, OLED is a flat (less than 1/8-inch thick), diffuse area source. Depending on the product, one can view it directly without glare. It does not require heat sinking, so it has potential to integrate the source with architectural materials and surfaces.

OLED sources are manufactured as panels consisting of a stack of organic thin films sandwiched between two electrodes and typically encased in glass or plastic. They can be rigid or flexible, which allows them to be curved. Transparent panels offer another opportunity, though no products are commercially available yet, according to the DOE. Flexible and transparent panels are still developing.

Panel shapes include rigid and flexible squares, rigid and flexible bars, and rigid round shapes. Squares are available up to 1 foot by 1 foot. The panel may have a shiny or matte finish. OLEDWorks, for example, offers a panel with a shiny finish that acts like a mirror when disconnected from power.

Manufacturers measure panel light output in lumens and luminance (brightness) in candelas. Typical panels intended for direct viewing emit a luminance of 3,000 candelas per square meter (cd/m2), or 70–100 lumens per side. The low brightness allows mounting very close to the task. Other panels are available emitting up to 10,000 cd/m2. In 2015, the DOE tested a range of products and found efficacies of 21–44 lumens per watt (LPW). Manufacturers claim efficacies as high as 60 LPW.

Color output ranges from a warm 3,000K to a cooler 4,000K; other correlated color temperatures are available. Color rendering is available with a color rendering index (CRI) rating of 80 to 90. Service life ranges from 10,000 to 100,000 hours at L70, or the point at which the panel produces 70 percent of its initial lumens.

There is a trade‑off between light output and life. The DOE report cited a general rule of thumb being a doubling of luminance reduces life by a factor of three. A typical 3,000-candela-per-square-foot panel may have a life of 40,000 hours. As with LED lighting, dimming can increase life. For example, the OLEDWorks FL300 WW panel has a published life of 10,000 hours at 8,300 candelas per square foot, which increases to 25,000 hours if consistently dimmed to 50 percent.

The current state of OLED technology limits application to demonstration as well as custom and decorative projects. Panels can be fabricated in a wide variety of designs, delivering a “wow” lighting element. Many OLED products target specific applications, such as pendant, sconce, task, display, signage and wayfinding. At the OLED Summit in 2015, designers identified other applications including luminous ceiling panels, shelf lighting, marker lights, lighted laminates for furniture, and luminous architectural elements such as wall tiles.

Significant challenges remain. The majority of drivers are borrowed from LED systems and are too large to be integrated into highly compact OLED luminaires. The low luminance requires large surface areas to function as a general light source, which is not economical. There is a lack of standards for panels, connectors or drivers and lumen maintenance testing. Cost remains the biggest challenge and may remain so until demand increases to an incentive level for high-volume manufacturing, creating a Catch-22. A number of potential OLED applications can be satisfied instead using LED edge-lighting of thin glass or acrylic panels and waveguides.

In September 2014, Aurora Lighting Design Inc. installed an OLED lighting system in its offices. The system was manufactured by Acuity Brands, which has made a commitment to the technology. The company’s Trilia OLED lighting system offered a shallow profile that worked well with the low-ceiling space and offered comfortable ambient light with a warm color and good CRI. The drivers were too large to be installed above the ceiling, so they were remote-mounted in an adjacent space, resulting in large numbers of wires having to be pulled through a shallow joist space. The LED drivers weren’t optimized for OLED, so system efficacy was lower than its potential.

OLED lighting is still in its infancy compared to LEDs, but it offers dramatic potential. If the technology continues to increase in efficacy, life, size and flexibility, it will offer designers a new tool for lighting.

Learn more about OLED technology and read the DOE reports at http://energy.gov/eere/ssl/oled-basics.