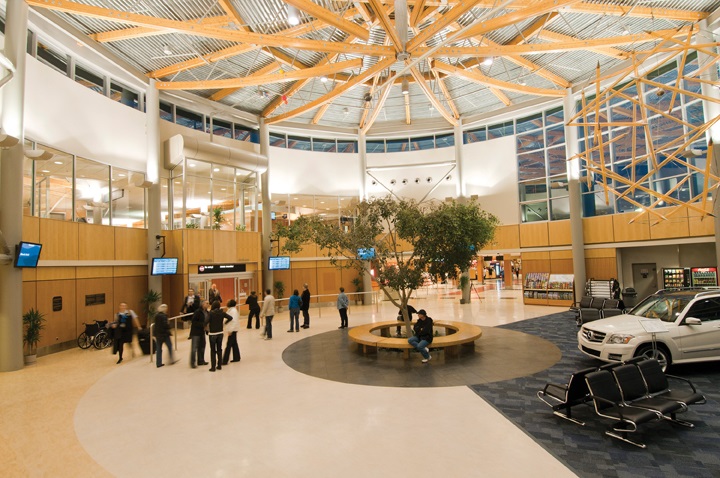 A mature technology that has successfully supported a broad range of indoor and outdoor lighting applications for well over the last half-century, high-intensity discharge (HID) continues to prove its worth in a wide variety of professional and residential venues. Following, several of the industry’s key HID manufacturers weigh in on where HID technology has been, where it’s going and the specific applications in which this industry workhorse remains a viable option worthy of consideration from both an economic and technological perspective.

In all of its various forms, including mercury vapor, high- and low-pressure sodium, and metal halide, “HID technology had traditionally been used in outdoor settings for street and area lighting as well as in select industrial indoor applications, such as warehousing, where it successfully provided high-intensity light sources mounted well above the object or area to be lit,” said David E. Korow, L.C., senior lighting specialist with GE Lighting Institute, Cleveland. “In the past, both the lamps and fixtures were relatively large, and emphasis was often placed more on the quantity of light that HID sources could emit as opposed to their quality. However, with the advent of ceramic metal halide in the mid-to-late 1990s, HID was finally able to offer indoor retail and hospitality applications the benefits of improved lumen maintenance, great color rendering, and excellent color uniformity, both initially and throughout life.”

Greg Page, director of product marketing, HID and fluorescent lamps for Philips Lighting, Somerset, N.J., agreed that the arrival of ceramic metal halide technology offered many new opportunities for HID to support more general lighting applications and quickly became the focus of most manufacturer’s research and development efforts within the HID category.

“Ceramic metal halide was the next step in technology, combining the benefits of metal halide with ceramic construction to offer the customer a new, more efficient and whiter light,” Page said. “While traditional technologies like high-pressure sodium and quartz metal halide have been in the market for decades and their innovation potential is nearing its reasonable end, ceramic metal halide technology has progressed rapidly over the last two decades and continues to result in improved light quality, increased energy savings, longer life and better lumen maintenance at attractive ROIs.”

“Over the past decade,” she said, “the metal halide product offering has expanded to include a wide variety of lamp types with spherical ceramic arc-tube lamps, providing major improvements in lamp-to-lamp color consistency, minimal color shift over life, improved CRI [color rendering index] up to 92, and better lumen maintenance compared to quartz arc-tube metal halide lamps. Traditionally, metal halide lamps were used mostly outdoors and in industrial warehouse applications, but with these advancements in ceramic arc-tube technology providing better lighting quality, 250–350-watt ceramic lamps are being used in big box retail and manufacturing settings, and smaller 15–39W T4/T6 lamps are being used for accent and downlighting in department and specialty stores. The trend toward the use of white light for main streets, college campuses and residential outdoor street lighting has been enabled by ceramic metal halide innovation and has resulted in good quality light that improves visibility and safety. In addition, integrated 24W ceramic metal halide PAR lamps introduced in the last 8–10 years represent easy-to-install, energy-saving replacements for halogen PAR lamps up to 120W in track and downlighting applications.”

Indeed, Philip’s Page said, “with the sparkle that ceramic metal halide lamps bring to the spaces they light—a feature which has proven very attractive to customers—ceramic metal halide has successfully replaced traditional HID technology in a broad range of settings from retail and industrial to high-bay and outdoor lighting.”

According to Ford, the federal Energy Independence and Security Act of 2007 set minimum efficiency standards for ballasts used in new metal halide luminaires operating lamps from 150 to 500W. Taking effect with fixtures manufactured after January 2009, the mandate served to shift the market from probe-start to more-­efficient pulse-start metal halide technology with few exemptions.

“This action by the federal government promoted the use of pulse-start metal halide ballasts, which, when used with pulse-start lamps, delivers enhanced lumen maintenance and faster start times,” GE’s Korow said.

Based on their efficiency and effectiveness in a variety of applications, Korow confirmed that utility rebates and bonus programs on metal halide products are currently available in all but two states.

“Each program is unique, and they’re typically based on reduction of watts-per-fixture, watts-per-square-foot, or on a dollar-per-lamp rebate basis,” he said.

And they’re attractive because, combined with their energy savings, rebates available on ceramic metal halide products, both prescriptive and custom, can deliver less than a one-year payback on a retrofit, Page said.

In terms of upcoming legislation, Ford revealed that the DOE’s 2010 rulemaking, which involves the elimination of probe-start lamps altogether, is expected to be finalized by July 2014 and to take effect in July 2017.

“Additionally, a 2012 rulemaking currently under discussion proposes to increase the minimum efficiency for pulse-start ballasts, and when Senate Bill 398 becomes law, it’s expected to eliminate mercury vapor lamps for general lighting,” she said.

With HID lamps experiencing further gains in efficacy, life-span and size reduction over the past decade and the increasing use of electronic ballasts over conventional electromagnetic gear helping to provide even greater overall system savings (by up to 15–20 percent), “complete HID system lumen-per-watt performance is as good or better than the best LED lighting systems today, and customers get to enjoy lower energy bills while experiencing crisp white light in both indoor and exterior spaces,” Korow said.

But while RAB Lighting’s CEO Ross Barna agreed that electronically ballasted HID technology is popular and highly effective for indoor uses—such as track and pendant lighting—he was quick to point out that the evolution of light-emitting diode (LED) technology has increasingly leveled the playing field in certain applications.

As a provider of primarily outdoor lighting, “HID sources like metal halide and high-pressure sodium used to account for 90 percent of our product line at RAB, but now they’re only 40 percent of our sales,” he said. “We’ve shifted all of our R&D to LED development. Based on its quality, performance, energy savings potential, controllability and lifespan, LED is the future of lighting in our served market.”

Barna conceded that, in outdoor settings, HID is still an outstanding option for 400–1,000W applications, such as car dealerships or high-mast venues that require a lot of light.

“In these spaces, HID is currently less expensive than LED technology, which is not capable of supporting these very high-wattage applications quite yet,” he said. “But in outdoor applications previously dominated by HID sources 250W or less, LED has already proven to be a fabulous investment, and we believe LED is within a year away from being cost-­competitive with HID in wattages above 250.”

Philips’ Page said that ongoing development in HID will continue to focus on delivering more lumens-per-watt at a reduced energy level while maintaining the technology’s characteristic sparkle.

“Many customers prefer HID. It’s a proven technology with a bright future that will continue to represent a viable option for many end-users,” Page said.

GE’s Korow agreed that HID will continue to play an important role in the coming decade as its efficiency increases and its cost remains relatively low against alternatives.

From Osram Sylvania’s perspective, Ford predicts a shift to electronically ballasted systems and ceramic metal halide pulse-start lamps in the market, but the installation of new LED fixtures over metal halide in both high-bay and street and area lighting applications will present an increasingly viable alternative that will ultimately cannibalize some of the HID market.

“We recommend that contractors consider both HID and LED alternatives for high-lumen applications,” Korow said. “Customers with lower upfront investment parameters or more frequent refurbishment or planned maintenance requirements should consider an HID system. Tight application spaces or small-sized fittings also lend themselves to ceramic metal halide solutions. On the other hand, early technology adopters and customers with long-term investment horizons should consider an LED solution.” 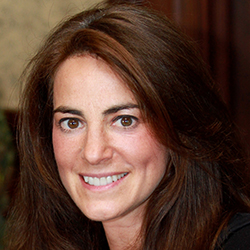