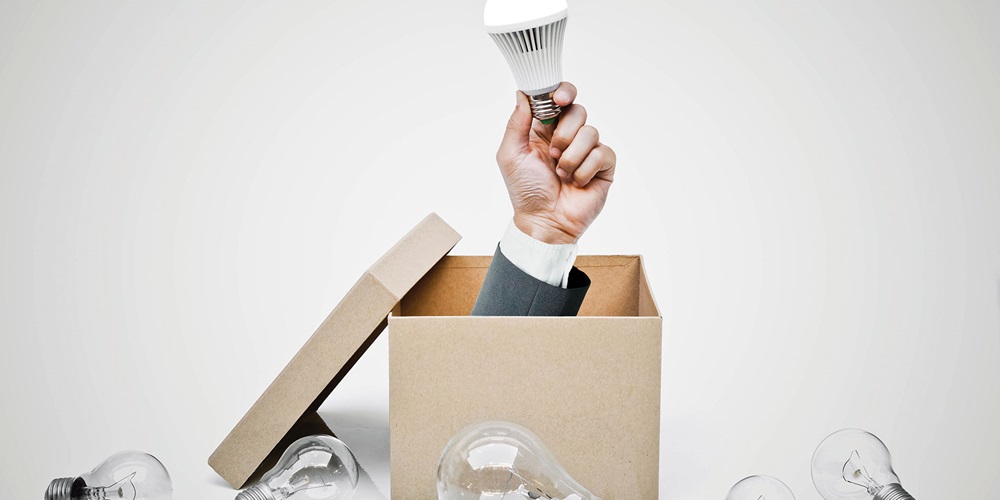 There’s no doubt that LED-based lighting has rapidly become the favored option for both consumers and commercial building owners. But many consumers and business owners (and perhaps even a few electrical contractors) remain confused about what to look for in LED replacement lamps. However, experts say it’s worth taking some time to understand what makes these products different and how to choose the right option for every application.

Just eight years ago, a single LED A-line lamp—the kind of bulb screwed into every table lamp in your home—could cost as much as $50. Now, these lamps have become a big-box store commodity, with many as cheap as $3 or $4. This dramatic price drop has led to extraordinarily rapid adoption, with LEDs now accounting for 70.9% of consumer lamp market sales, according to second-quarter 2019 figures from the National Electrical Manufacturers Association.

However consumers’ knowledge of what to look for with these lamps, as well as LED replacements for the reflector-style bulbs used in recessed downlights and track fixtures, can still be spotty. After decades of evaluating options based on wattages and terms like “warm white” and “cool white,” buyers are having to learn new terms and metrics for comparison. This has led to some dissatisfaction when, for example, they bring home a product promising “natural daylight”-style illumination that turns out to be both cooler and harsher than expected.

LED-based replacements are also moving into commercial and exterior settings at an equally rapid pace. Whether as fluorescent-style tubes, retrofit lighting kits or “corn cob” replacements for exterior metal halide lamps, LED products now dominate these markets as well. But building owners and facility managers can be as confused as homeowners at the choices they have to make. For example, fluorescent tube replacements are available using three different technologies, depending on how existing ballasts are addressed. And, with prices for new fixtures and retrofit kits becoming much more affordable, many are finding their best option might be to replace legacy luminaires completely.

Making the switch at home

Perhaps there is no product as emblematic of electric lighting’s long history than the classic A-line light bulb. Originally designed with a tungsten filament that was illuminated as electric current flowed through, this brainchild of Thomas Edison was the workhorse of the residential lighting industry for well over a century. Though inexpensive, it was also highly inefficient and notoriously short-lived. But at least consumers knew what to look for when shopping for replacements.

Moving to LEDs for both A-line and reflector lamps is forcing homeowners to learn new terminology and lighting concepts, according to Gabe Arnold, technical director with the Design Lights Consortium. This nonprofit group evaluates replacement-lamp products of all technologies against specific performance targets. Its Qualified Products List is used by electric utilities to determine eligibility for energy-efficiency upgrade rebates. He said understanding how to compare brightness is one of the most confusing tasks for consumers familiar to using wattage—how much energy the lamp draws—as a stand-in for this measurement.

“Ideally, you’d compare the lamp’s lumens with what you had before—the challenge is, consumers don’t understand that metric,” he said. “Despite a lot of efforts to really educate consumers to the lumen term, a lot are still matching wattages.”

While some LED manufacturers might provide information like “60-watt (W) equivalent” on the front of their packaging, experts suggest consumers turn that package over to find the required Lighting Facts label. For a 60W replacement, the lumen output should be listed right around 800 lumens. To illustrate just how much energy LED products save, that 800-lumen lamp will draw only 8–9W.

The Lighting Facts label also includes data on a lamp’s color temperature, a characteristic that has proven contentious for some buyers just beginning to make the switch to LEDs. Makers of incandescent and compact fluorescent (CFL) lamps have long used descriptive phrases like “soft white” and “cool white” to describe the color of the light their products produce. But LED products are labeled, instead, with the output’s actual correlated color temperature (CCT), in degrees Kelvin (K). A lack of understanding as to how color temperature relates to the actual quality of the light has led to dissatisfaction among some early adopters.

“Unfortunately, a lot of us see the word ‘daylight’ and think that’s warm and buttery, but it’s actually pretty cool—and then they associate all LEDs with that blue color,” said Naomi Miller, senior lighting research scientist with the Pacific Northwest National Laboratory. That lab has taken the lead in U.S. Department of Energy’s efforts to advance LED lighting technology. If warm and buttery is what you want, she added, “you want to be going to 2,700 K, up to 3,000 K.”

In interior commercial settings, the fluorescent tube lamp is, by far, the predominant old-school lighting workhorse. Here, a one-for-one LED replacement requires a bit more thought—and, possibly, more professional assistance from an electrical contractor. Three types of LED replacement tube lamps, based on UL classifications, are currently on the market. They represent three different ways of dealing with the existing fixture’s ballast:

Each of these options poses a compromise, either in efficiency, installation expense or reliability. Type A lamps are the easiest to install, but long-term performance is dependent on an existing, and possibly aging, ballast. Plus, not all tubes are compatible with all ballasts. Type B products are more efficient but do require ballast removal and most aren’t controllable. Type C lamps offer the highest performance but also the most labor.

These various trade-offs, combined with falling prices for new fixtures as well as retrofit kits that fit within older housings, has many arguing against replacement lamps. In fact, many utility rebate programs no longer cover replacement lamps for just these reasons.

“I don’t know how it is in the rest of the country, but we’re moving quickly away from them,” said Nancy Roth, field energy specialist with Beaverton, Ore.-based Evergreen Consulting Group, which helps guide companies through lighting upgrades that qualify for utility energy efficiency rebates in the Northwest United States. “I know so many examples where those didn’t do well for customers.”

Roth also recommends owners and facility managers who opt for new fixtures consider having a lighting study completed before simply swapping out old fixtures for new models, while keeping the existing layout. LED light output is different from fluorescent, so it’s possible that a different layout could result in fewer fixtures with no reduction in perceived lighting levels.

“I think everyone getting ready to write a sizable check should take a step back and do a study,” she said. “Don’t get just a little bit of information, get the full picture.”

Taking it to the streets

In exterior applications, LEDs are now frequent replacements for metal halide lamps. Making this switch can mean significant energy savings—a 120W LED lamp can produce the same amount of light as a 400W metal halide product. Additionally, because LED lamps have a much longer lifespan, making this transition can have a big impact on maintenance expenses.

Similar to fluorescent fixtures, metal halide luminaires have ballasts, so specifiers have the same choice between replacement LEDs that run off the existing ballast and those that require the ballast be removed. Maintaining the same ballast poses similar reliability questions, depending on how long that ballast has already been in service. However, unlike fluorescents, replacing just the lamp, instead of the entire fixture, remains the more economical choice in post-top applications.

“I think this is different than an indoor commercial environment,” Arnold said. “Finding a new post-top that’s going to match is usually not going to pencil out.”

The first LED corncob-style replacements for metal halide lamps had issues with overheating in enclosed fixtures, leading to failure. This situation has improved substantially over the years, according to Miller, as today’s products require much less energy to achieve high light levels.

“That was a serious question six or eight years ago, but it’s not now,” she said. “The LEDs have gotten so much more efficient, so that means the heat dissipation is much less than it used to be.”

In fact, Miller and Roth agree that replacement LEDs should only be used in enclosed fixtures with some type of diffuser and not as exposed, bare bulbs. Otherwise, they can end up creating “glare bombs,” due to a design featuring multiple rows of LEDs wrapped around a central core.

“My opinion falls in line with what utilities are saying—the light source is not the same,” Roth said. “It’s not a single light source, it’s multiple light sources. It’s hard to diffuse something like that. Just make sure you’re covered by a specification sheet that says it’s rated for an enclosed fixture.”

“Those are very inexpensive fixtures—you’re probably best served by replacing the fixture head, entirely,” he said, noting that new fixtures can lead to better performance, not just less expensive lighting. “A lot of them have optimized, engineered light systems, and they’re really good at directing light exactly where you need it, whether that’s a parking lot or roadway.”