Out With The Old: Replacing LED Drivers 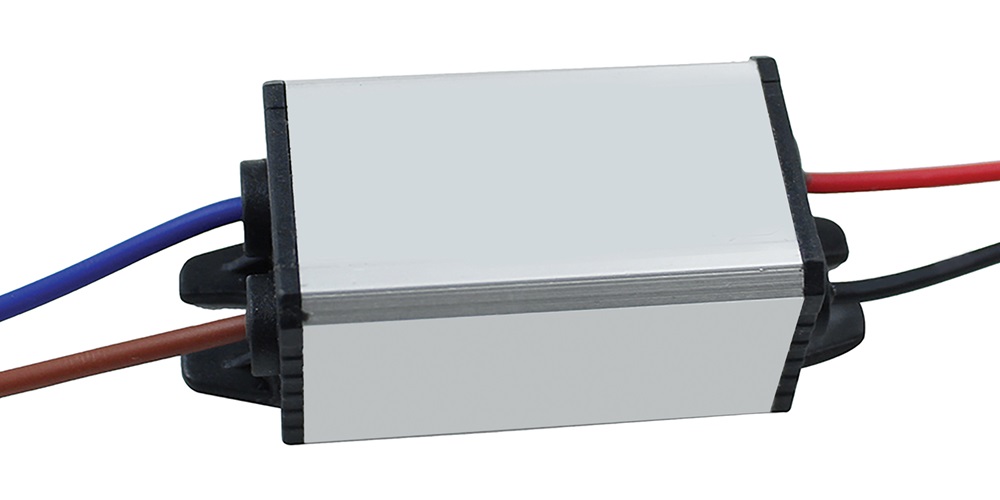 The majority of LED lighting products use an electronic driver that functions similarly to a fluorescent ballast. The driver converts incoming alternating current (AC) to direct current (DC) and drives this current to the LEDs.

If the LED driver fails prematurely, it may need to be replaced in the field. The driver is typically mounted in the luminaire, although it may be remotely mounted in some applications for aesthetic or mechanical reasons. Many commercial luminaires allow field driver replacement; some feature quick disconnects for easy servicing.

Unlike fluorescent ballasts, LED drivers are not standardized, so they are not interchangeable. They can vary in terms of output characteristics, electrical safety rating, input voltage, programmability, temperature rating, electromagnetic interference (EMI), dimming interface and form factor.

Output characteristics: Drivers may regulate output to provide a constant voltage or current to the LEDs, marking them as constant-voltage or constant-­current drivers. Constant-voltage drivers are designed to operate LED modules requiring a fixed voltage, typically 12 volts (V) or 24V DC. They are generally limited to applications where the LED load is not known, such as sign and track lighting.

Constant-current drivers (e.g., 350 milli­amperes, 700 milliamperes, 1 ampere) are designed to operate LED modules requiring a constant current. These drivers are used in the majority of LED products manufactured for commercial general lighting. Match output current and voltage to the load for good performance.

Input characteristics: Most drivers are universal 120–277V, 50–60 hertz, though some are fixed or single voltage. The replacement driver must operate properly on the supply voltage.

Electrical safety rating: The driver may be Class 1 or Class 2.

Programmability: To satisfy specific application needs, drivers may be programmed (“tuned”) to set the maximum output (typically current) for a given LED load. This allows precise pairing between the driver and LED module (the design of which varies) and resulting light output and wattage. The manufacturer may do the programming at the factory, or the installer may do it in the field using special tools if the product allows that.

Dimming interface: Many drivers allow dimming of the connected LEDs and accept control input through an interface. This interface is typically 0–10V DC, low-voltage, digital addressable lighting interface (DALI), or phase-control. DALI and 0–10V DC drivers feature a set of low-voltage control leads similarly to a fluorescent ballast. Phase-control drivers do not; they accept control input from a line-voltage wallbox or other dimmer through power wiring.

Mismatching can create performance and safety issues or failure to operate. In some cases, the issue may not be immediately apparent. For example, installing a Class A driver in a residential application could cause TV or radio interference.

When using a different manufacturer, NEMA recommends consulting the luminaire or LED module manufacturer to determine the LED module rated current. The manufacturer may provide a list of suitable replacement drivers along with their characteristics. If the type of LED is not known, photographing the LED module can be helpful, as different shapes (e.g., round versus square) may have different drive currents.

Note that programmed tune values typically do not transfer from one manufacturer to the next. Tuning can be difficult to replicate. If the current is too high or low, the luminaire may appear too bright or dim compared to other luminaires sharing the same space. Too high a current may also reduce source life, void the original configuration approved by the safety agency, and negate energy savings upon which utility rebates were based. Field-tuning requires tools and processes that may be unique to the driver manufacturer; providing these tools to end-users is not recommended.