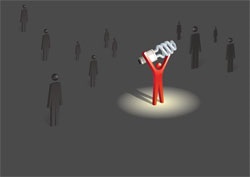 There’s little doubt that, in the ongoing phase-out of inefficient incandescent lamps, the homeowner is the most uninformed, concerned and resistant of the electrical contractor’s customers. For the most part, these people do not read technical or trade publications but rely almost solely on consumer media—a source known in the past to have misrepresented more than one issue by oversimplification—for their understanding of the Energy Independence and Security Act (EISA) of 2007.

To complicate this situation, it seems many contractors are not aware of just how frustrated their homeowner customer base really is. It’s not a hard sell to convince commercial and industrial customers of the demonstrable large-scale energy savings and the lamping longevity benefits of switching from incandescent to compact fluorescent lamps (CFLs) or light-emitting diodes (LEDs), especially in cases where state rebates are available to offset higher initial costs.

Homeowners, on the other hand, don’t adequately understand the technologies involved. They resent what they mistakenly consider to be a sweeping, all-inclusive government-imposed ban on incandescent lamps; and, most important, the homeowner is characteristically price-driven.

As this scenario has unfolded, electrical distributors with lighting showrooms have been the target of a steady barrage of dissatisfaction from these residential customers. They have witnessed extreme reactions. Contractors might benefit from learning about the distributors’ experience and their interactions as first responders.

Panic and confusion
“Generally speaking, a lot of homeowners simply panicked,” said Lori Smith Nolan, lighting showroom manager at Farmville Wholesale Electric Supply Co., Virginia. “And when they calmed down, they were still confused, especially the seniors. The biggest problem is many still think the incandescent bulb is completely gone or soon will be.”

In an effort to placate the more anxious customers, some distributors have explained that, while the 100-watt incandescent—the only wattage being phased out this year—is no longer in production, whatever is in the supply chain can be sold, and customers can stock up if they want to.

Other distributors disagree with this approach, believing it will only postpone the inevitable process of educating the customer as to what other lighting options are available and to which they are ultimately going to have to adapt.

“One of the industry’s top priorities right now is to get rid of customer confusion,” said Mary Beth Gotti, manager of the GE Lighting Institute, Cleveland. “What everyone in the chain needs to understand is that consumers want something similar to what they’ve always been used to—the good old hot wire in a bottle. What we, as manufacturers, have to do is produce better point-of-sale aids to help get distributors, contractors and their customers through this difficult period.”

Options …
In attempting to counsel the consumer on the various available lighting alternatives, the contractor should assume nothing.

Generally speaking, the most advisable route for contractors to follow is to start by discussing the halogen option, which is essentially a variant incandescent technology to which the homeowner can readily relate. The contractor can then move on to CFLs and LED lamps as appropriate, always keeping price considerations in mind.

The energy-saving argument is effective to some degree, given the fact that electric bills are notably higher than they were five years ago. However, homeowners don’t enjoy the economies of scale that commercial and industrial customers do, and it is not as important to them, in many cases, as matters such as appearance and dimmability.

Here is where the electrical contractor can correct some unfortunate misconceptions, especially with regular customers who are used to trusting them.

“CFL technology has come a long way in getting to better color temperatures and color rendering, as well as minimizing run-up and warm-up time,” said Peter Soares, director of consumer products at Philips Lighting, Somerset, N.J.

Traditionally, consumers didn’t like the shape or size of CFL bulbs, but today they come in shorter versions that will fit most fixtures, as well as covered options that look a lot like the traditional incandescent.

“Many are dimmable, but not all types are. So you need to look for that indication on the package. For consumers who want to be more energy-efficient, CFLs are good options because they are 75 percent more energy-efficient than the incandescent and will last significantly longer.”

LEDs will probably remain a difficult sell in the residential market for some time to come due to the initial price points, Gotti said. For the most part, the potential buyers will be early adopters who have discretionary funds and avant-garde attitudes.

… applications …
Many sources say LEDs are currently going through the development and acceptance stage that CFLs went through after their introduction. However, LEDs are moving at a much more accelerated rate of technological enhancement, and in certain situations, they make eminently good sense already.

“Contractors might suggest a combination of lighting choices to homeowners,” Soares said. “In high-traffic areas, heavy-use fixtures or hard-to-reach fixtures, they should consider outfitting with an LED. If the homeowner has a cathedral ceiling in the living room, he doesn’t want to be breaking out a ladder every six months to replace the bulbs.

“Moreover, when you look at the wattage between a halogen flood light and an LED, and the number of lamps used in the average room, the ROI savings start to make a lot of sense. With 80 percent less energy used by X number of bulbs, you can really start to lower an electric bill.”

Whatever the application, the EC has to gauge the homeowner’s priorities.

“Understand the homeowner’s bases of comparison,” GE’s Gotti said. “What are his or her preferences and requirements for the specific application in terms of lamp size and shape, quality of light, energy savings and color values, and in what order of priority? There is a decision tree for every individual, and the contractor has to determine in which directions it branches out.”

… and exemptions
One part of the educational process is letting homeowners know about the available rebates, which can offset some of the sticker shock. For example, a homeowner with a decorative chandelier is probably going to prefer some form of lower wattage incandescent that the EISA legislation doesn’t affect, which raises the point that there are many regulatory exemptions that consumers aren’t aware of, and contractors can score major points by explaining them.

Manufacturers can be of crucial assistance here by providing the contractor with end-user-friendly explanations of exactly which incandescents the legislation is affecting.

For example, Bulbrite Industries Inc., Moonachie, N.J., includes on its website—www.bulbrite.com—an education center tab that leads into two sections, one called “Bye Bye Bulb,” which is geared for consumers, and another called “Lighting Pros” for distributors and contractors. The company has also produced a PowerPoint presentation called “Lighting Legislation Update,” which explains the provisions and timetable of EISA, including a breakout of its exemptions.

“Incandescents in various lower wattages will still be available provided they meet minimum energy-efficiency requirements,” Gotti said. “A case in point is the decorative candle-shaped lamp for chandeliers. There are a number of exemptions like these that consumers don’t understand, and contractors have the opportunity to help them by explaining the real facts of the situation.”

Packaging and fine print
With all of this pandemic change and uncertainty, one of the biggest favors contractors can do for homeowners is teach them how to read the labels on whatever type of lamp they choose to buy.

This and other industry publications have described the Federal Trade Commission’s mandatory “Lighting Facts” label in detail, but for practical purposes, the contractor can use the label as a handy device to illustrate the lumens per watt equation to the homeowner. All the contractor has to do is walk the customer through how to read the label:

• Lumens are the amount of light a lamp produces, and the number for lumen output is printed on the package.

• Wattage is the amount of electricity needed to light the lamp, and the higher the wattage is, the more power the lamp will use. The wattage is printed on the package and on the bulb itself.

• Divide the bulb’s lumen output by the number of watts the lamp requires.

• More lumens per watt means more light for your money.

Another label that both contractor and customer would do well to be more familiar with is the Energy Star designation. Most consumers are aware that Energy Star is an international standard for energy-efficient consumer products that was created 20 years ago by the Environmental Protection Agency (EPA) and the Department of Energy (DOE), and the light blue logo, or mark, with the star is readily recognizable and understandable. Or is it?

“Ambiguously labeled packaging and customer ignorance as to what to look for are serious problems,” said lighting sales representative Pete Wilcox, president of PB Lighting Design & Sales, Freehold, N.J. “What you have to look for is the official certification mark that says simply ‘Energy Star,’ which means that the product in question has been tested and meets or exceeds the program’s performance guidelines. But there are two other marks that can appear on packaging which say ‘Energy Star Partner’ and ‘We Sell Energy Star.’ These marks are intended for promotional use and only indicate that the manufacturer participates in the Energy Star program but not that this particular product has met the standards. The company could have certain products that are approved but not necessarily this one.”

And there are also problems of clarification to consider, especially pertaining to one of the critical issues in incandescent replacement—dimmability.

“In purchasing CFLs or LEDs, you have to read the fine print,” Wilcox said. “It may say ‘dimmable’ on the front of the package, but you have to read further and find out exactly what dimmers this particular lamp is compatible with. An LED lamp may say ‘Only use with a 600-watt rotary dimmer,’ but the homeowner may be using an electronically driven dimmer that won’t work with the LED electronics.

“For price purposes, both homeowners and contractors frequent the ‘big box’ stores when buying CFLs and LEDs, and some of these operations have a history of uncertain sourcing. So read the package carefully and understand that the basic ground rule is caveat emptor—and caveat contractor as well,” he said.

QUINN reports on a broad range of business and industry issues for journals in the United States and Europe. He can be reached at 203.323.9850 and [email protected].