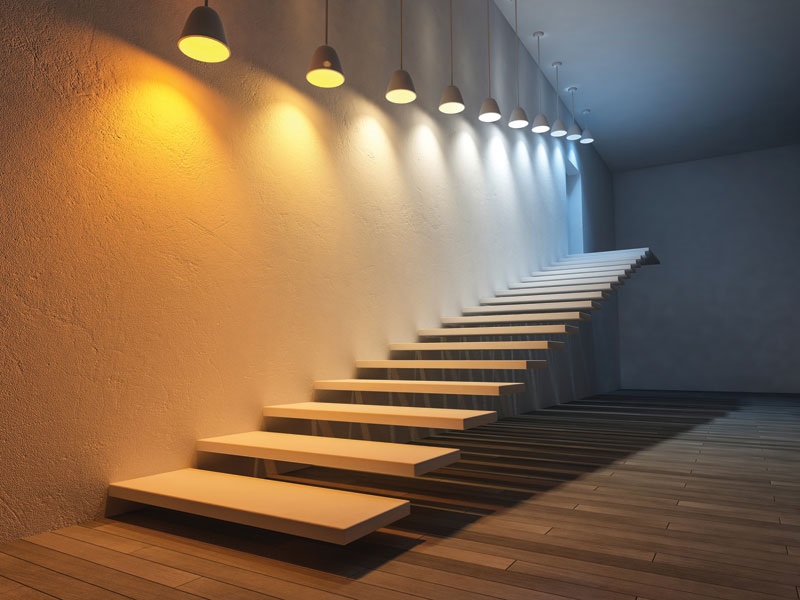 Human perception of colors in their environment is dependent on light. As electric light sources have varying spectral emissions, the electrical industry relies on metrics to report, evaluate and predict how colors will appear under different light sources. In applications such as supermarkets, retail, showrooms and hospitality, properly rendering colors is imperative.

The color rendering index (CRI) is the traditional metric for determining light source color fidelity. It describes how accurately a source renders colors compared to an ideal reference source. Despite its flaws, it remains a staple metric in the lighting industry, and it is simple to use. An 80-plus CRI is considered good for many commercial applications. For color-critical applications, 90-plus CRI is recommended.

However, the advent of solid-state lighting accentuated the CRI’s drawbacks and sparked calls for a new metric. The International Commission on Illumination, which developed and maintains the CRI, hasn’t come to an agreement. In 2015, the Illuminating Engineering Society published TM-30, which provides an alternative method of measuring and evaluating color quality in light sources.

TM-30 offers three major tools. First is Fidelity Index (Rf). A 0–100 scale, it is similar to the CRI but based on average fidelity across 99 color samples instead of 8–14. The higher the score, the more accurately colors will be rendered as they are under the reference light source.

The next is Gamut Index (Rg). This metric expresses an average increase or decrease in chroma, or color saturation. Suppose we have two light sources with the same CRI or Rf. Under one light source, red visually pops, and, under the other, it appears muted. Though the sources have the same color fidelity, the first source’s emission enhances reds, while the other mutes reds. An Rg rating higher than 100 means there is an average saturation increase, while a rating lower than 100 indicates a decrease. But as with CRI and Rf, Rg is an average.

The third major tool is color vector and distortion graphics that visually depict hue and saturation changes, or gamut shape. The color distortion graphic, for example, shows a spectrum of colors in a white circle. Colors outside the circle indicate increased saturation, while a lack of color (black) inside the circle indicates these colors are muted.

The idea is to give designers more information about how colors appear under a given light source. They can then use that information along with other performance attributes to select the most appropriate light source. What’s missing is clear guidance on matching light sources to color preference, as preference varies from person to person and is influenced by many factors.

A recent study published in “Lighting Research & Technology” tackled this difficult subject. Researchers at the Pacific Northwest National Laboratory set out to learn how subjective impressions of color quality in objects relate to light-source color output. These impressions included normalness, saturation and preference. The researchers hypothesized that, as Rf increased, colors would be judged as more normal-appearing. As Rg increased, colors would be judged as more saturated, with this greater saturation—specifically higher levels of red saturation—being preferred. Download the study at http://energy.gov/eere/ssl/downloads/2016-articles.

To test these hypotheses, 28 people were selected, varying in age and gender to reflect the general population. They evaluated 26 lighting conditions in a room filled with objects, which represented a range of hue, saturation and lightness illuminated to a constant 20 foot-candles and a chromaticity of 3,500K. The light sources had varying spectral power distributions studied at different combinations of fidelity (63–93 Rf) and saturation (79–117 Rg), including sources offering increased and decreased saturation of reds.

Interestingly, a majority of the most favored sources had CRI values below 73, a range normally considered fair or poor in color rendering. The CRI metric significantly penalizes increases in red saturation, which results in light sources engineered to achieve a certain CRI but with less-preferred gamut shapes. Most energy-efficient lighting available today does not saturate reds.

Overall, the study provides evidence for TM-30’s utility, challenges the established CRI metric and indicates that specific gamut shapes are more important than average saturation in modeling preference. The distinct preference for saturated reds may challenge specifiers and manufacturers to seek sources with different color characteristics than what is widely available today.