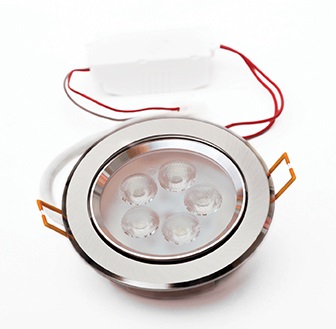 Retailers are considering upgrading to directional light-emitting diode (LED) replacement lamps; however, lacking relevant education, they are making these decisions primarily based on initial cost and payback, according to a survey of retailers conducted by Pacific Gas & Electric and the California Lighting Technology Center (CLTC).

Survey respondents included 87 retailers based in a range of markets from home improvement and supermarkets to jewelry and furniture to, notably, boutique and apparel.

Many retailers are unhappy with their lighting, suggesting a selling opportunity for specialists capable of demonstrably improving lighting. A majority of respondents (56 percent) are either “somewhat unsatisfied” (40 percent) or “not at all satisfied” (16 percent) with their current lighting system. Only 10 percent are “very satisfied.” A majority of retailers believe that a lighting upgrade should increase sales (47 percent), decrease costs (14 percent) or both (37 percent).

Lighting is upgraded at an even lower frequency, further limiting opportunity. Eight out of 10 respondents (83 percent) indicated they had made no changes to their lighting system over the past five years.

For the retailer, the stakes are often low, as they perceive lighting to be a small component of their overall business costs. A majority of respondents (60 percent) report that lighting is 5 percent or less of their total costs, while 27 percent report 6–10 percent, and 7 percent report 11–15 percent.

At the time the survey was conducted in 2012, incandescent lamps were still widely used in retail stores, with 76 percent reporting they use incandescent, 51 percent halogen, 61 percent linear fluorescent, 17 percent compact fluorescent, 9 percent LED, and 6 percent “other,” such as ceramic metal halide.

Department of Energy (DOE) product energy regulations that went into effect July 14, 2012, however, began restricting availability of many popular R, PAR, BR, ER and BPAR lamps, prompting retailers to evaluate their lighting choices as owners and distributors exhaust their inventories.

This may inhibit adoption of energy-efficient options, as more than one-half of respondents require a payback period of less than six months (11 percent) or a year (44 percent). Another 30 percent would accept less than two years as a payback period.

For this reason, among retailers who had considered LED replacement lamps prior to the survey, 71 percent said the upfront costs were too high, while 57 percent said the payback period was too long. This ties into a reservation more than half of the respondents have with lighting upgrades in general, which is cost.

As the DOE product regulations affect choices of reflector lamps, retailers will look for solutions among infrared-coated halogen, compact fluorescent, ceramic metal halide and LEDs. The survey results suggest an opportunity for electrical contractors to initiate sales by offering product and application expertise. About one in four respondents (23 percent) regard contractors as a source of lighting information.

More than half of respondents (54 percent) cite “lack of understanding” as a reservation regarding upgrading their lighting systems. About one-half (49 percent) want real-world case studies; those who value high light output (54 percent) and color temperature (27 percent) may benefit from a mock installation providing a real-world view of energy-efficient product performance. Less than one-half did not understand the concepts of color temperature and color rendering, which suggests an opportunity for basic education. Retailers also displayed a lack of awareness about their LED options, key benefits such as long service life, and how far the performance of the technology has progressed in recent years. Additionally, 43 percent of retailers consider incentives important when evaluating a new lighting product, and LED-specific incentives are increasingly being incorporated into utility rebate programs.

For many retailers, seeing is believing. They want to see products actually installed. They want to see firsthand the visual impact of the product in terms of intensity, distribution, output and color. They want to see the product’s aesthetic. The CLTC established a retail lighting vignette called Lux, which demonstrated LED technology and allowed the 87 respondents to compare it with conventional technologies. Of the 87 participants, 6 percent (five retailers) began a process of upgrading their lighting shortly after their experience with Lux.

They just needed an expert to show them how. You can be that expert.