A Brave New LED World: How LEDs made the lamp industry interesting again 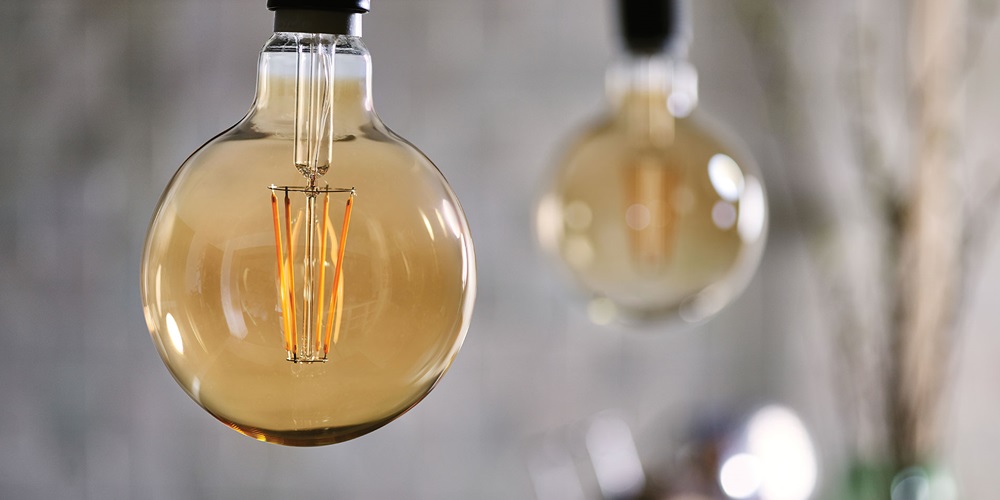 When General Electric (GE) inked the deal to sell off its consumer lighting unit in May, the last of that industry’s three original innovators was officially out of the business of manufacturing light bulbs—or “lamps” as lighting professionals call them. For more than a century, GE Lighting, based in East Cleveland, Ohio, along with Sylvania, Wilmington, Mass., and the Philips lighting division of Royal Philips, Amsterdam, were the names consumers associated with their screw-in, incandescent lamps. Now those names only continue to exist through licensing agreements. The rapid rise of long-lasting LED products has created a market wide open for new leaders and new innovations.

And that market is a large one. The U.S. Department of Energy (DOE) estimates each of the nation’s 128 million households has, on average, 40 lamp sockets. Do some simple math (if you don’t trip up on the zeroes), and that adds up to more than 5 billion lamps in U.S. homes. With incandescent lamps often lasting less than a year, replacement sales helped keep GE, Philips and Sylvania in black ink for decades.

Of course, those incandescent and fluorescent consumables have their own history of innovation of the kind we’re seeing now in LEDs; it’s just that most of those advances took place decades ago. For example, Edison’s first mass-produced lamps featured a filament made from bamboo, a step up from the cotton thread that was used in prototypes. European inventors introduced tungsten filaments at the turn of the last century, boosting lifespan and light output. Fluorescent tubes were first demonstrated in the late 1930s and took off as a leading technology for commercial and industrial spaces as an efficient lighting solution for U.S. war production plants.

Additional improvements occurred throughout the following decades, including new halogen and metal halide options and the development of compact fluorescent lamps (CFLs). But, really the same model of lamps as a frequently replaced light source remained in place up until just the last 10 years or so. LED lamps were introduced in 2008. Those first offerings were expensive, inefficient and had their own lifespan problems. Initially, lighting professionals feared a repeat of the debacle that occurred when CFLs hit the market.

“CFLs fell on their face—consumers hated them, and designers didn’t like them either,” said Randy Burkett, president and design principal with St. Louis-based Randy Burkett Lighting Design. “I think that was a false start.”

However, LEDs’ troubles were short-lived, as the DOE quickly recognized the new technology’s potential for efficiency and controllability. Switching large percentages of lighting customers to LEDs offered promise for reducing electricity use—and generation-related greenhouse gas emissions—significantly. The agency pumped hundreds of millions of dollars into LED research and market development, in part as a stimulus effort during the Great Recession.

“The DOE was a big factor,” Burkett said. “They changed the curve—it would have been much slower and much shallower” without the agency’s support.

Today’s LEDs are making good on the promise of energy efficiency. A 10-watt (W) LED lamp, for example, produces the same amount of light as a 60W incandescent bulb. But the complication for the old-school lamp manufacturers is the extraordinary lifespan of LED products, which can last a decade or more before they need replacement. With the continuous-replacement model for success no longer workable, all three of the major players have left the lamp-making business in the last four years.

In 2016, Royal Philips spun off its lighting division as a separate company. That new entity, called Signify, is listed on Amsterdam’s Euronext stock exchange. Sylvania, which became Osram Sylvania when it was purchased by Osram in 1993, spun off its LED lamp business, Ledvance, in 2016. That company was acquired by the Chinese company MLS in 2017. GE Lighting sold its commercial lighting business, Current, to Daintree Networks Inc., Los Altos, Calif., in 2019. In May, as mentioned, the company sold its residential business, GE Lighting, which started the lighting industry in the United States, to Savant.

As these lighting companies move forward under new ownership structures, they face much more competition than their incandescent-based predecessors. Of course, it’s not like the old bulb makers didn’t have their own competitors, but the business then was large enough for multiple players, with 5 billion U.S. lamps being replaced every year or so. Now, with longer lifespans and rapidly falling prices, their successors are exploring ways to add value to their products and break out of the commodity LED lamp marketplace.

Signify’s Philips Hue line is probably the leader in this regard, as the first product series to popularize the advanced capabilities offered by digitally controlled lighting—in fact, the company now calls its lamps “digital products,” according to Keith Eagle, the company’s vice president and general manager for its U.S. professional channel. It offers a large assortment of lamps for table, can, outdoor and specialty applications, including products that look deceivingly like one of Edison’s original creations. All are controllable by mobile app or voice assistant, and some feature tunable white and color-shifting capabilities. It’s possibly the only lamp lineup to have successfully developed a differentiated brand—many consumers now recognize the name “Hue.”

“It’s not just replacing a socket,” Eagle said, noting the importance of features such as connectedness and an awareness of the ways the internet of things will only become more prevalent in all our lives, even in a device as simple as a light bulb.

“Can it communicate to the people in the building and to the larger building system? Otherwise, the infamous ‘commodity’ word will get out there,” he said.

GE Lighting entered into this market in more of a step-by-step approach. The company’s LED+ lamps illustrate this strategy for turning their products into something more than just a light source.

“The ‘plus’ added just one single additional function,” Murphy said. “They did a speaker bulb, which is still selling today. They added a basic color bulb. They added a battery-backup bulb, all to expand the categories of uses.”

As lighting companies move forward under new ownership structures, they are facing much more competition than their incandescent-based predecessors.

Then, Murphy continued, GE Lighting added controllability options through mobile apps and voice control. The third generation of the company’s LED products now offers tunable white light, which allows customers to shift a room’s vibe from relaxed to more energized and, possibly, their own moods, as well.

“Tunable white light is really interesting, because you can tune the degrees kelvin to how your body should be getting light during the day/night light cycle,” he said.

Ledvance, which still sells products under the Sylvania name in the United States, also has a range of controllable offerings that seem aimed at budget-conscious consumers. The lamps are sold through Amazon and big box retailers, with four-packs of color-shifting bulbs going for $35.

The market for LED replacement lamps likely will remain strong for at least the next decade. Even with the products’ longevity working against the demand for repeat sales, a large percentage of the nation’s 5 billion residential lamp sockets have yet to be switched to the new technology. Advancements on the horizon could certainly push some consumers to upgrade their existing lamps to enjoy those added features. For example, Eagle said Philips will launch a lamp in early 2021 that is capable of Wi-Fi or app-delivered software updates.

“I equate it to when you buy a smart TV now,” Eagle said. “It has Hulu and Netflix and all these other apps you may never want, but if you want to pay $5 per month, you can turn them on.”

Murphy sees GE Lighting’s lamps as an entry point for future growth in Savant’s home automation business. In fact, he said his company will be rebranding current Savant lighting products—including its own Bluetooth-enabled lamps—to the GE Lighting moniker, adopting a name consumers have trusted for more than a century. The company also will be maintaining GE’s historic Nela Park headquarters and research and development facilities in East Cleveland. Murphy said the company wants to amortize Savant’s controls expertise across a broader product catalog.

“We have an unbelievable user experience, through our user interface, but it’s tied to a bunch of expensive stuff—we want to bring that to the masses,” he said, noting the importance of the GE brand to consumers in this marketing effort. “If that’s all branded GE Lighting, they’ll say, ‘Yeah, I know that’.”

LED lamps also might be a steppingstone to more dedicated LED fixtures. These already are becoming common in commercial lighting, especially in offices and other spaces where fluorescent tube fixtures have dominated in the past. Although replacement LED tubes exist, many see them as a short-term solution, especially as new options with LEDs built into the fixtures themselves are becoming more affordable and offer better performance than replacement tubes.

Burkett said his design firm leans heavily on dedicated fixtures, including in hospitality applications, where hotel guests are known to check out with the bulbs from their rooms packed into their suitcases.

“We use lamps, but that’s decreasing,” he said, noting that even bathrooms now have lamp-free LED options. “In 10 years, we’ll have almost no lamps. Eventually, today’s sockets are going to wear out, and you’re not going to replace them with new sockets.”