The Switch to Online Everything: Fiber optic update for 2021 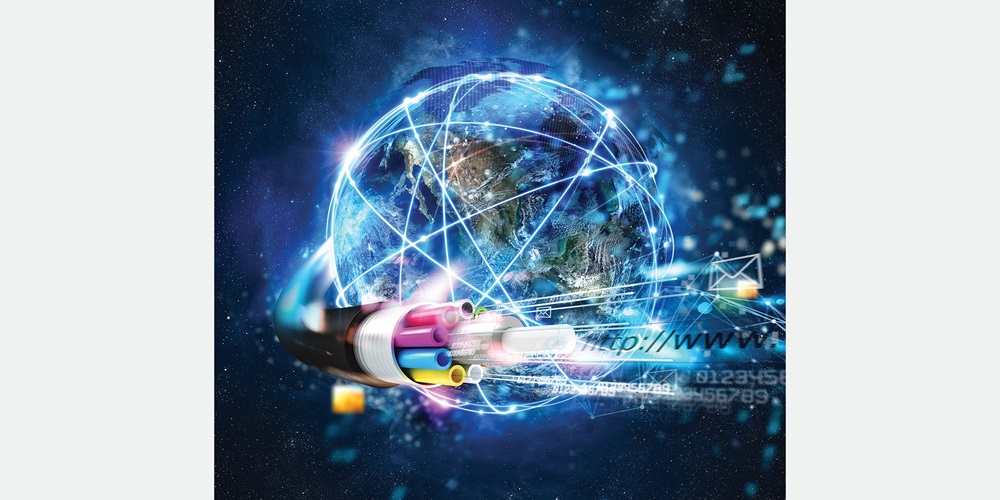 The pandemic changed everything: the way we work, teach, learn, attend conferences, shop and entertain ourselves. If we managed to avoid the virus, it even changed how we consult with our healthcare providers. “In person” became “online” for many of our everyday activities, putting a big strain on the world’s broadband networks.

That the current network has been able to absorb all the extra traffic is miraculous, although the bulk of additional video calls, classes and other communications occurred during the day, which lessened the impact.

Typically, most internet traffic for the past few years has occurred in the evening as users stream entertainment services. Daytime use by businesses and schools was much lower than nighttime use, at least until everybody started working from home and doing everything over video conferences.

Landline service providers have already started using new tools to increase the internet’s capacity. Besides the usual tactic of installing more fiber capacity, they have been able to expand service on current fibers using more wavelengths in dense wavelength division multiplexing systems and using new transmission technologies to increase speeds, now approaching 1 terabit per second. It’s good that new technology is getting updated in this way, because we have seen a big slowdown in expensive cable plant construction.

Transmission system upgrades help the landline internet, but what about wireless? Isn’t 5G supposed to save us all? Before the pandemic, I saw crews around our area installing new infrastructure for small cells and eventual upgrades to 5G, but I have not seen any work locally for months now. Recent tests have shown that in the limited areas where 5G is available, it’s not yet better than 4G/LTE anyway.

This switch to online everything has shown what can be done virtually, especially in an emergency, but this has also exposed the many weaknesses of current systems that rely on the internet. Many businesses have adapted well, letting office workers do their work at home and collaborate on video conferences. Some companies, especially in tech, have already said that their employees may not need to return to the office—ever. The success of this is tied in part to the fact that most tech employees only live where there is good internet service available.

Education has been somewhat less successful in transitioning to a virtual approach. It’s not just that some teachers and students don’t respond well to remote classes; it’s also that many do not have adequate internet service or the equipment necessary for participation. This is particularly true in low-income urban neighborhoods and rural areas where current service providers have not supplied adequate services because the cost is not justified by the income. Cities have come up with some ingenious, cost-effective solutions, such as creating Wi-Fi hot spots with school buses parked in areas with poor coverage. However, somehow getting to a school or library parking lot to do homework or attend class is hardly a viable solution to the problem of connectivity.

We see a slowing of construction because everyone is wary of the state of the economy. One might expect that the city, county, state or federal government would step up to provide services they need themselves. However, most local authorities are seeing a catastrophic drop in tax revenues as businesses they depend on, especially tourism, are in trouble. Of course, the federal government has been too tied up in knots to function at pretty much any level.

Current service providers have not stepped up to build the broadband networks we need; the pandemic-caused recession certainly seems to have them worried, too. Tech investors could finance the building of networks, but venture capitalists—with only a few exceptions—still seem more interested in funding weird, web-based disruptive businesses they can hype to Wall Street.

On the technical side, 2020 saw little noteworthy development in the areas of fiber optic cables, components and installation.

However, most of the techs we know have become more comfortable with online learning and video conferencing. At the Fiber Optic Association, we’ve been working with our instructors to develop a system for online learning and testing to be used in conjunction with—and sometimes in place of—regular classroom training. Classrooms have adapted also, using social distancing and new techniques to be able to continue offering in-person training classes.

As I say every year, it’s always good to invest in training.