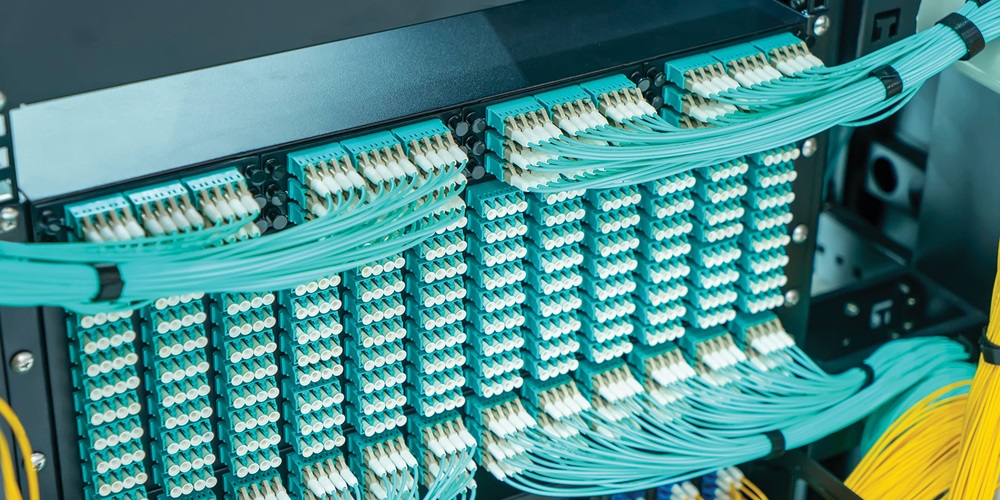 Networks running on fiber optics are generally state-of-the-art, but even advanced networks can be improved. That means faster speeds and more traffic density. Many network enhancements can be done without upgrading the fiber optic cable plant, but how do you know?

If the network is already operating on single-mode fiber, upgrades are generally simple. Most single-mode fiber can be upgraded easily by unplugging the current equipment and plugging in newer, faster hardware.

However, that’s not always true. We like to talk about single-mode fiber as having infinite bandwidth, but longer lengths— especially with older fiber—may not be as good as current manufactured fiber.

Plenty of 20-plus-year-old, single-mode fiber made for networks operating at under 1 gigabit per second (Gbps) is still in use. Today’s fiber is designed to minimize dispersion for 100 Gbps or more, and the newer fiber is intended for wavelength division multiplexing (WDM), allowing multiple channels of signals to be transmitted simultaneously over a single fiber pair.

Fortunately, lots of older fiber is capable of upgrading to faster networks and WDM, but it may need testing to ensure it will work, especially if the links are over 20 km and upgrades are to 10 gigabits (Gb) and above. This testing, which we call “fiber characterization,” involves screening for chromatic dispersion and polarization mode dispersion for higher speeds and testing spectral attenuation for compatibility with WDM.

This kind of testing is not cheap, and not every fiber contractor is capable of performing these tests. However, it’s a lot cheaper than installing new fiber. Even in 20-year-old fiber, a significant number of fibers should be capable of higher speeds, so it’s a good first step in an upgrade evaluation.

Multimode fiber used in premises networks is more complex when it comes to upgrades. Multimode fiber comes in grades, such as category-rated unshielded twisted-pair copper cables for LANs, but instead of Cat 3/5/5E/6/6A, we have OM1/2/3/4/5. At the introduction of gigabit ethernet over copper 20 years ago, you might remember that Cat 5 cable required an upgrade to Cat 5E for use with gigabit ethernet. At the same time, multimode fiber became distance-limited by fiber bandwidth, also leading to a series of upgrades for multimode fiber.

The most popular multimode fiber during the 1990s was a 62.5/125 micron fiber (now called OM1), which had inadequate bandwidth for typical fiber backbone lengths with the new laser sources used for gigabit ethernet. Another old fiber design, 50/125 micron fiber (now OM2), was revived because it had higher bandwidth with lasers and had twice the length capability of OM1 fiber.

In the meantime, ethernet speeds have risen from 1 Gbps to 10, 40, 100, 200 and even 400 Gbps, which has inspired the upgrade of 50/125 fiber to OM3 and OM4 grades with significantly higher bandwidth, thus allowing longer links. Another multimode fiber has been produced, called OM5, specified for WDM with multimode fiber, but its fate may be like Cat 4 and Cat 6, a cable without much support from network personnel.

Determining if you can upgrade your multimode network for higher speeds without installing new fiber is a multistep process. First, identify the type of fiber from the information printed on the cable jacket and determine the cable’s length from the distance printed on the cable at each end or by using a cable tester such as an OTDR. Then, refer to tables of length that each fiber can support at each network speed.

If your fiber link can support the speed and length, it should next be tested for loss. High-speed links have very low power budgets, some under 2 decibels, so the links must be carefully tested. Be sure to clean connectors well, because low loss is mandatory with these power budgets.

There’s one more step with multimode fiber. Up to 10 Gbps, links require only two fibers: one for transmission in each direction. For 40- and 100-Gb networks, multimode fiber requires parallel optics with channels of 10 or 25 Gbps to reach the higher speeds. You need eight fibers for 40 Gb and eight or 20 fibers for 100 Gb. Therefore, the next step is to determine if you have enough dark fibers to allow using that cable for the proposed network. If not, new fiber will be required, and I suggest you seriously evaluate using single-mode fiber to ensure you won’t have to replace it for many years.

For a handy reference for evaluating upgrades, read “Networks on Multimode Fiber: A Reference Guide” on ecmag.com, in which I cover the types of multimode fiber and what networks they can support.