Know Your Place: Technology helps keep track of what matters 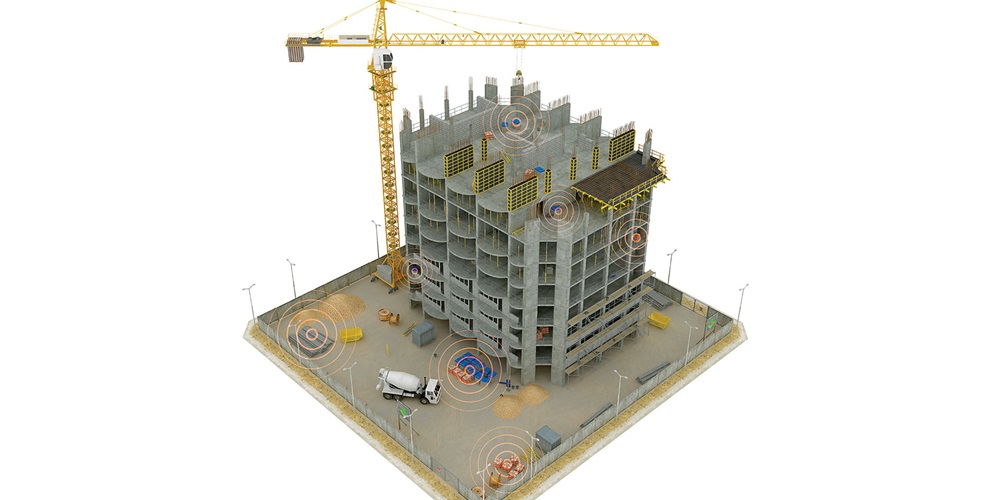 Today, municipalities and businesses are testing and deploying a variety of systems that aim to locate vehicles and assets. For detecting people, the methods range from crowd control to tracking emergency responders. Assets and inventory systems are homing in on tool location on work sites, bicycles for micro-mobility and vehicles for supply-chain information.

Capturing and managing location data can be done several ways, leading to a variety of systems being piloted and tried.

Some existing technology, such as satellite-based GPS, already accomplishes a level of locating, based on smart phones. Indoors, however, location tracking can’t be easily accomplished with GPS. For that reason, some sites are testing or launching technology that uses a different approach.

InnerSpace, Toronto, makes one such system: a Wi-Fi-networked solution that has been adopted by government and private businesses to enable managers of a space to view where people congregate and whether they move inside or outside.

It starts with understanding how and where people move for better traffic management, said Cerys Goodall, InnerSpace’s president and COO. In the post-coronavirus quarantine environment, enterprises could employ the system to prevent crowding, because the technology can pinpoint people’s locations within a relatively tight area. InnerSpace’s customers see a social distancing assist. The system uses received signal-strength indicators to narrow down where smart phones, Wi-Fi-enabled wearables, tablets or dedicated devices are located. And that helps managers better understand the movement of people, including whether they are too close together or when too many are in a specific area.

The system has been adopted in corporate offices to optimize use and occupancy and in stadiums to ensure gates and egresses can be well-managed. The Department of Homeland Security has also used the technology for active-shooter emergency-response training. For DHS, InnerSpace provided Wi-Fi tags for individuals to wear as they went about a simulated rescue mission and deployed dedicated Wi-Fi nodes to capture the tags’ data.

In large public spaces, however, the system uses existing Wi-Fi infrastructure to identify the location of a Wi-Fi transmission and then tracks its movement. It doesn’t capture personal information, such as an individual’s identity, but it does know where they are, and that data can provide better traffic-flow management, Goodall said.

Similarly, Particle, a San Francisco technology company, offers a system that uses cellular connectivity to identify where things and people might be. While customers across a range of industries—including temperature-controlled supply-chain operations, transportation and logistics and emergency response—use Particle’s new tracking system, the company also has worked with many micromobility operators that rent bikes or scooters. The Particle solution can be built into, or attached to, the bike or scooter to track its location. The technology is bi-directional, sending data (such as its location) over a cellular network and it receives instructions from a server. That could prompt a bike to unlock when a payment is received, for instance.

The system also can track emergency-response vehicles, with customers using this today, said company CEO Zach Supalla. The technology helps a dispatcher or response manager view, in real time, where the vehicles are and even whether a specific vehicle has its siren in operation. If the ambulance or fire truck is close to an emergency call site and is not already responding to another call, the software or dispatcher can then alert the driver to respond.

Networks beyond Wi-Fi and cellular are being deployed. For instance, cities and businesses are building out public or private low-power, wide-area network systems to access location information. LoRaWAN serves as a low-power wireless network that can be used to capture and share data about the location and condition of things and people as they move around a space.

LoRaWAN is well-suited to smart cities, said Derek Wallace, marketing vice president at LoRa Alliance, Fremont, Calif. That’s in part because of its long range—the signal can travel miles and pass through physical barriers that would interfere with some more traditional wireless systems. The network requires little power, so the battery life of LoRaWAN sensors can be as long as 15 years.

LoRaWAN networks are already deployed in 157 countries and expanding. Deployments started in Europe, but North America is catching up, Wallace said. Both public and private systems are being installed in major U.S. cities and more rural areas where agricultural data is being collected. In the case of a private network, users own the system they deploy, along with the data generated by it, while public versions, and their data, are typically managed by a LoRaWAN carrier, such as MachineQ, a Comcast company, and Senet in the United States and Eleven-X in Canada. In the case of a private deployment, Wallace said, the total cost of ownership can be low, since data transmission from sensors to a gateway installed around a space is free.

Cities or businesses often deploy the network with one application in mind, such as street lighting or waste management, and can then add as many new use cases as they want (e.g., smart parking or air quality monitoring). Adding or stacking additional use cases greatly increases the return on investment of a LoRaWAN network, Wallace said.

To deploy a LoRaWAN network, companies install a gateway on a roof, tower or other place with high access. Sensors and other devices or assets in the field then send their data over LoRaWAN by a deployed gateway to the user’s data-management platform.

“It varies by city how they deploy,” Wallace said.

Typically, the gateway aggregates sensor data, and sends it back by cellular, Wi-Fi or ethernet.

Already, many cities or companies have pilots or full deployments of such systems. For example, Comcast has rolled out full private networks for Universal Parks and Resorts and then multiple internet of things projects in its Orlando location, said Donna Moore, LoRa Alliance CEO and chairwoman. Chevron uses LoRaWAN technology at a California site to track sensor data from oil wellhead lids that monitor the levels and other information from chemical tanks in oil fields. The system transmits data more than 10 miles, eliminating the need for manual information collection.

On job sites, wireless sensors can be attached to equipment or supplies, and managers can use LoRaWAN’s geolocation functionality to identify when an asset or worker enters or leaves a specific restricted zone. Typically, the system can locate something within a range of around 30 to 100 meters inside, or 100 meters outside, depending on the situation. In some cases, that helps them identify whether tools are available; where equipment has moved, including off-site, to help with asset protection; and generally where, or even how many, workers are on a job site to ensure their safety and to meet social distancing requirements.

Tool companies are already building the technology into some products.

“In a couple of years, we’ll see a lot more deployments across the U.S., with more use cases,” Wallace said.

That’s part of a trend, he said, in which the monitoring of people and assets, previously done manually, will be automated.

“It’s about listening to the things to make better decisions. It’s about gaining the information that changes business, safety or people for the better.”