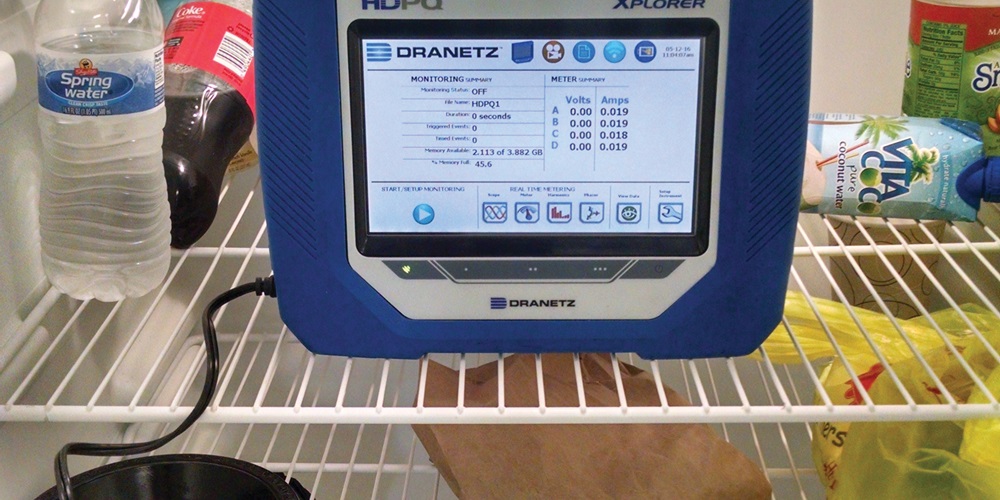 At a recent meeting, a comment was made that many power quality (PQ) monitor users purchase equipment that is just “good enough.” PQ monitors can be a significant capital equipment purchase for some companies, particularly smaller electrical contracting firms. Return on investment is important, but an equally critical factor is determining what, exactly, “good enough” means.

If you are going to use an electrocardiogram (EKG) to try to determine the cause of chest pains, would you want an EKG machine that is good enough to produce a strip chart that shows most of the information about your heart? If you are taking a taxi or Uber ride in an unfamiliar city, is it OK that the driver decides it is good enough to drop you off 10 blocks from your destination? If your production line occasionally shuts down for no obvious reason and you have to scrap $10,000 worth of product while getting it restarted, is the revenue meter at your service entrance with PQ capabilities good enough to help find the source of the problem and prevent it from happening again?

Granted, buying top-of-the-line equipment because it does many things very well—even though you may never need these features—isn’t financially prudent either. There are some basic capabilities and functions that you do need when troubleshooting PQ-related problems or even to rule out the power as being the source of the problem with your equipment or facility. Before you buy the instrument, take it for a test drive and perform a few simple tests.

The most common PQ problem at most sites is a sag, a short-duration reduction in voltage that can cause equipment power supplies to misoperate. Susceptibilities vary by equipment, ranging from the capability to ride through a reduction to 70 percent of nominal voltage for 30 cycles, to tripping off with just a two-cycle sag at 85 percent of nominal. Knowing the sag’s magnitude and duration, as well as where on the voltage sine wave the sag started and ended, are important clues about the sag’s cause. While some PQ monitors will provide this information in textual form as part of the sag's characteristics, sometimes a picture of the waveform is truly worth a thousand words.

Hook up the monitor’s voltage channels to a variable voltage transformer (variac), and generate a series of sags at different amplitudes and durations. While you may not be able to accurately determine those characteristics without another measuring device that can verify what you did, you can get a good feeling for how the PQ monitor responds. Do all channels record things the same way? If the sag is too low or too long, does the monitor misoperate? Tests by a reputable firm on a number of the different revenue meters with PQ on the market today found that to be a significant problem with some devices. If the power is removed from the monitor’s power supply, such as during an interruption, does the monitor start recording again when power is restored?

Testing the amplitude and phase accuracy of your current probes requires another instrument with higher accuracy, typically five times the accuracy of what you are testing. But, again, a quick check using all four current channels with the same probes connected to the same source can be an eye-opener. Check the probes on a circuit where the current is near the high end of its range as well as down around 10 percent of the full-scale value. Do all of the channels have the same readings for amperes and power factor?

Try the same test on circuits where there are significant harmonic-current-generating loads, such as computer equipment or adjustable speed drives (ASDs). When using Rogowski-coil current transducers (also known as flex probes) in an area with high-horsepower ASDs, do all of the channels read the same and do they vary based on how the probes are oriented on the conductors? Some flex probes have been found to be good electromagnetic interference (sometimes called radio-frequency interference) detectors, picking up the emissions from the drives like  an antenna.

If you are going to use the monitor in the winter, put it in the freezer for a couple hours, then turn it on and see how it performs. Likewise, raise its temperature in an oven to the rated storage temperature, such as what the unit will experience in your trunk in the summer, and see how it works. If doing outdoor work, can you read the display in the sunlight?

Yes, you have to rely on manufacturers’ integrity for the accuracy of parameters, such as perceptibility short-term for light flicker, but you can do many simple tests on real-life uses of the instrument to determine if it is “good enough” for your application.