After All These Years: Finding Fun in Unusual PQ Cases 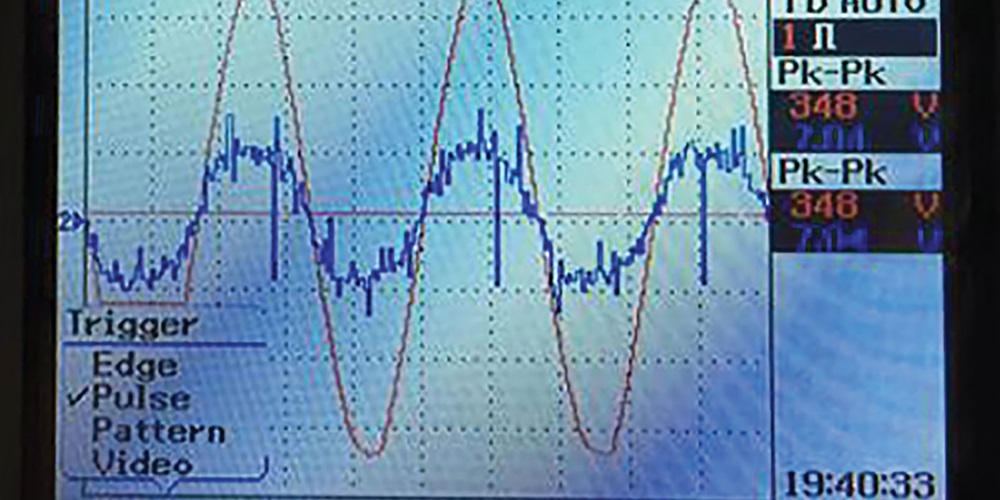 Though I have been working in the power quality industry for more than 40 years, I still find it fun to solve power-quality related problems, particularly the more unusual ones. Lately, the more unusual are becoming more of the usual, especially with regard to LED lighting. Whereas incandescent lamps were known for the light flicker they could produce with minor voltage fluctuations, LED lamps can become disco strobe lights, reduce egg production in chickens, cause timers to stop counting or just be outright annoying.

Working in standards-making groups, such as the IEEE and NFPA, for more than half of those 40 years has provided me a wealth of real-world examples.

One such area is the Flicker Task Force, which produced IEEE 1453. Flicker is generally defined as the variation in light intensity from lighting sources, original incandescent and magnetic-ballast fluorescents. It took significant effort developing IEEE 1453 to get acceptance of the perceptibility short term (Pst) concept for measuring flicker. Pst is an extremely complex mathematical process that takes voltage fluctuations, some as small as 0.25 percent of the voltage waveform, and converts them into a number. If that number is greater than 1, most people will perceive the light flickering.

Along came solid-state lighting (SSL). As IEEE 1789 states, “flicker has re-emerged as a consideration, partly because the modulation of light-emitting diode light output has frequently been observed to be greater than the modulation seen with fluorescent or HID sources.”

It is true that an LED luminous output will not flicker if provided with a constant current. But the electronic drivers that power the LEDs are generally considered the flicker source. The corruption of the LED current is occurring inside the lighting device where we don’t have access to measure. For those who want to learn more about that, I would suggest getting a copy of IEEE 1789, which contains a very detailed analysis of why.

The point is that, even with the voltage being monitored and producing values of only 0.2–0.3 Pst, flicker complaints are growing, especially where dimmers are involved. There is a movement in one of the standards meetings to convert to using photon or luminescence meters to measure the flicker. As a utility engineer at a recent seminar for the Delaware Valley Power Quality group pointed out, that doesn’t help us solve the problem because measuring the lumens variation does not indicate what the electrical problem is that can cause the lights to flicker.

“Possible adverse health effects can occur under flicker conditions that lie outside the visible range; the nervous system can detect and respond to these conditions without their being accessible to conscious reports of perception,” states IEEE 1789.

Sometimes, the SSL’s flicker aspect is not the problem. A reader, Nick Johnson, shared an example in which the timer he was using to control floodlights began to misoperate when changing to a more powerful LED floodlight. Though the current was well within the range of the timer’s relay contacts, the lights would go off randomly, well before the timer expired. The timer was rated at 1,800 watts (W) resistive, 8 amperes (for ballast), or 1 horsepower. His original LED floodlight load was rated at 100W with two constant current-switching power supplies. When he added another 50W of lighting load with a third power supply (still well below the timer’s rating), the electronic programmable timer developed a mind of its own.

The picture above is of the current (blue) and voltage (red) waveforms when the power supplies are on. The current has some higher-order harmonic distortion. More important, it has significant noise and impulsive transients that cross the zero axis and could result in a brief but disruptive current flow reversal. From the relay manufacturer, he received the following reply to his dilemma:

Investigation into the timer found it has been “fun” for other users, causing LED lights to strobe on and off by themselves. To the manufacturer’s credit, it was responsive to Nick’s questions and sent him a higher power model rated at 2,500W general purpose, 1,875W tungsten (but no mention of LED), which is apparently “stronger to resist the interference” from the evil current waveforms.

With all of the changes in the electrical infrastructure and the loads powered by them, I expect there will still be plenty of interesting challenges and fun for years to come.