Grants to Green the Grid: The future of the electric grid through the lens of philanthropic foundations 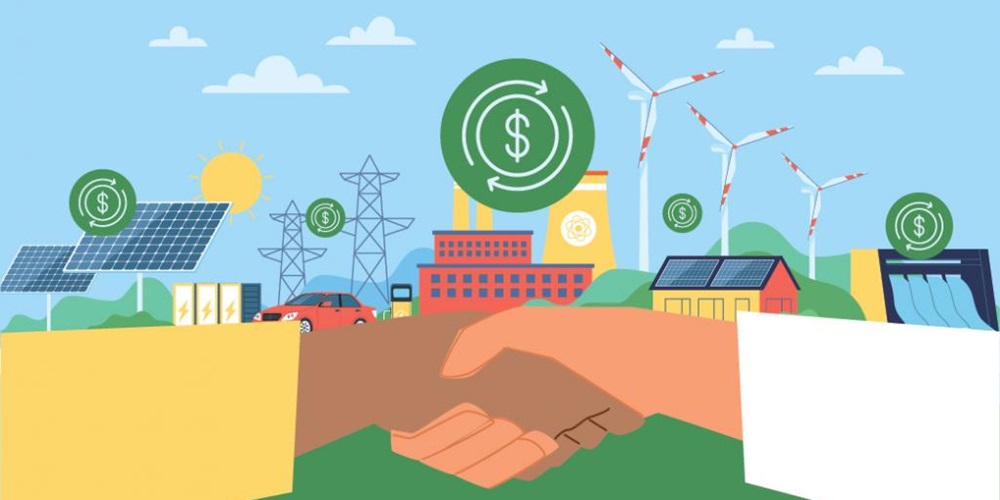 Foundations are seeing a rapid rise in philanthropy dollars directly or indirectly focused on the future of the electric grid.

Foundations are seeing a rapid rise in philanthropy dollars directly or indirectly focused on the future of the electric grid.

The Hewlett Foundation, Menlo Park, Calif., was founded in 1966 by William and Flora Hewlett. Today it is one of the largest U.S. philanthropic institutions, awarding over $465 million in grants in 2020 to organizations across the globe.

What does Hewlett believe about grant-making focused on greening the electric grid? Anup Bandivadekar, program officer for the foundation’s Environment Program, leads global strategic grant-making on clean power and transportation.

“To achieve a healthy, sustainable and equitable future, the United States and countries around the globe have committed to a goal of net-zero emissions by no later than 2050. The foundation recognizes that a low-carbon electric grid is essential to realizing this ambitious and necessary goal, which is why our Climate Initiative Strategy focuses on electrification of end-use sectors, particularly transportation, building and industry,” he said.

Hewlett takes a systems-wide approach to addressing the climate crisis.

“Many climate and energy grants aim to increase the distribution and use of low-carbon electricity. For example, our climate finance strategy works to mobilize capital for climate-smart solutions in every business sector,” Bandivadekar said. “Our U.S. grant-making portfolio ensures that diverse voices—from business leaders to low-income communities to communities of color—are part of developing climate solutions, including for the electric grid. And our transportation strategy focuses sharply on electrifying all road transportation within the next two decades.”

Bandivadekar said Hewlett’s grantees “are nimble and flexible in their work, which allows them to prioritize the highest-impact opportunities to address the climate crisis. Because our foundation invests in the expertise of those closest to the issue, we provide a great deal of flexibility to our grantee partners in choosing specific tactical approaches.”

Despite the urgency of the climate crisis and its affect on people, particularly for low-income and rural communities, Bandivadekar said “there is not enough funding for any climate solutions. That includes transitioning the electric grid. A recent report from ClimateWorks found that less than 2% of total philanthropic giving worldwide directly goes to addressing climate change. Without more funding, it will be difficult to make as much progress as is needed in the next decade.”

Hewlett’s climate and energy grant-making portfolio totaled roughly $120 million in 2021. Some of this budget directly or indirectly focused on their electrification substrategy.

One of the most active U.S. grant-makers is the MacArthur Foundation, based in Chicago. According to Sean Harder, senior communications officer, their Climate Solutions strategy is, “in part, focused on advancing and enforcing climate-friendly energy policies. Most of that is focused on grantees who educate policymakers, regulators, businesses and consumers about the costs and benefits of less-carbon-intensive energy policy.”

Much of what the foundation has supported over the past several years has centered around increasing the use of renewable energy sources. One MacArthur grant paid for a project that included analysis related to the U.S. grid.

This grant relates back to MacArthur’s support of “The 2035 Report,” which provides an in-depth discussion about making the grid far less reliant on fossil fuels. The report uses the latest, low renewable energy costs to show how the United States can reach 90% clean electricity by 2035.

“The 2035 Report” was produced in June 2020 by the University of California, Berkeley’s Center for Environmental Public Policy, GridLab and nonprofit Climate Nexus. The study found that the United States can get to 90% clean electricity by 2035 by using existing technology and without increasing costs for consumers, with no reliability issues or new fossil fuel plants needed. At the same time, Energy Innovation, a private U.S. company, released a companion policy paper.

“The 2035 Report” showed that a growing number of U.S. states and cities have made public commitments to power their systems with 100% renewable energy. But there was a lack of data showing how far the country could get with current renewable energy technologies.

This research project was intended to demonstrate that it’s possible to come very close to that goal in less time than most policies lay out. The report findings were aimed at guiding conversations and targeted policymakers, advocates, academics and investors. This happened during critical conversations about climate change in the 2020 election cycle. Their research concluded that the United States can no longer afford to build new natural gas infrastructure if we want to limit warming to 1.5°C.

The Environmental Law and Policy Center, Chicago, has received $9 million in MacArthur grants since 2015, which it has used to focus on a few cases where they were trying to bring high-voltage transmission lines to the Midwest to ensure that electricity from wind power could flow into the grid. The center is a 20-year-old nonprofit environmental advocacy group with satellite offices in Columbus, Ohio; Des Moines, Iowa; Madison, Wis.; Sioux Falls, S.D.; Washington, D.C.; and other cities. The center’s stated mission is to “advocate, innovate, and litigate to protect the Midwest’s environment from the Great Lakes to the Great Plains.”

Paul Dailing, media relations specialist, said the Environmental Law and Policy Center works on reforming the transmission planning process to get renewables on the grid faster and cheaper. As outlined in the group’s “Beyond Wires” report, the current patchwork of high-capacity and low-capacity lines doesn’t always line up with where clean electricity is being generated or needed, causing overloaded transmission lines and wasted energy. Smart technologies such as battery storage, dynamic line rating and power flow control can unlock gigawatts of new transfer capability and bring renewable projects online faster and more cheaply than by building traditional transmission lines, according to the center. Regional and state planning processes just need to be updated so that all the options are accurately considered.

The Oakland, Calif.-based Sierra Club’s Beyond Coal Campaign, which the MacArthur Foundation supports, is focused on decarbonizing electricity and providing affordable clean energy to consumers. Michael Bloomberg’s foundation provided the Sierra Club with a $50 million grant. The campaign is focused on decarbonization and passing along the savings realized when a utility switches to renewables. Scientists and government leaders consider coal plants to be the nation’s top source of carbon dioxide emissions. Coal mining, transport, storage and burning also causes smog, acid rain, mercury deposition, toxic air pollution and impairment of the natural environment.

In less than a decade, the Sierra Club has helped to secure the largest wave of announced retirements of existing coal-fired power plants—over 260 and counting—through the campaign. The grant provides the Sierra Club with resources to gather local, regional and national allies to apply concentrated regulatory, economic and social pressure to retire the most polluting coal plants and spur a new wave of investment in clean energy.

Focusing philanthropic dollars on grid upgrades provides another avenue to reach climate goals. We’ll have to see what the future holds. 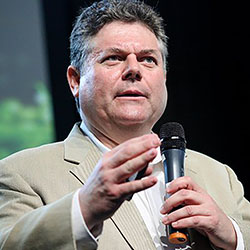 FELLER has worked to bring new ideas into the electrical contracting world since 1979. His articles have been published in more than 30 magazines, and he has worked with dozens of utilities, associations, investors and regulators. Reach him at [email protected].