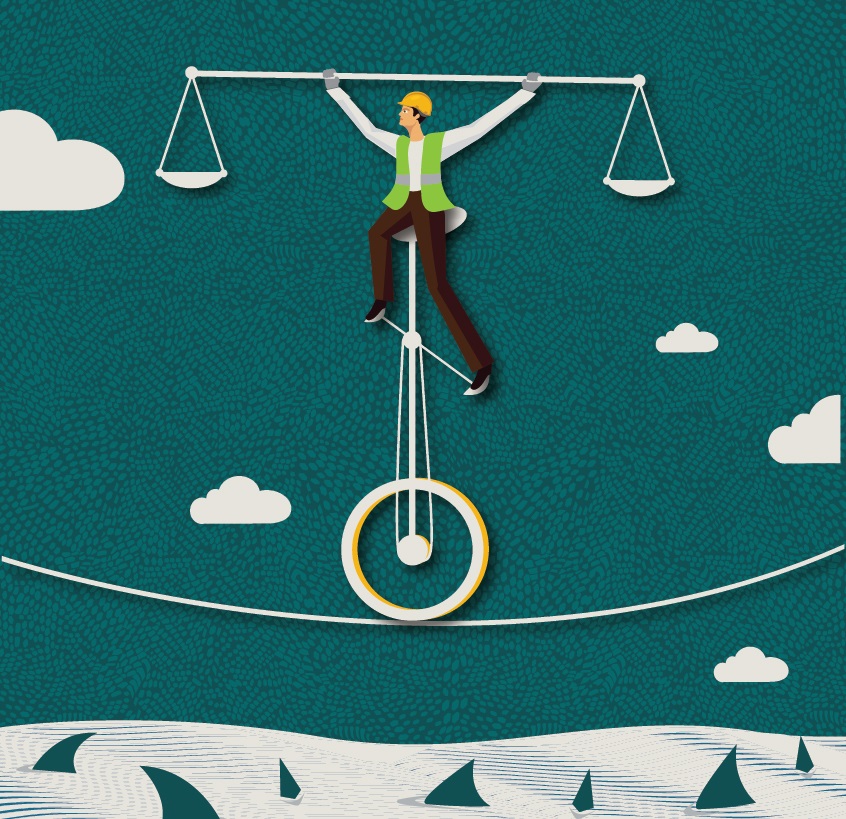 “I’m not going to die; I have too much to do today.” This is an assurance that Dave Madaras, president of the Chesapeake Region Safety Council (CRSC), has heard on construction sites.

“I’m not going to die; I have too much to do today.” This is an assurance that Dave Madaras, president of the Chesapeake Region Safety Council (CRSC), has heard on construction sites.

Another one he’s heard: “Everything is going to be just fine; you safety people are always thinking of the worst-case scenario.”

At Baltimore Gas and Electric’s (BGE) safety expo in September 2022, in his position with CRSC, Madaras presented on risk conditioning, or lessening the true magnitude of risk in our minds. CRSC, a chapter of the National Safety Council and lead organization in the Mid Atlantic OSHA Training Institute Education Center, provides safety training and education to reduce disabling injuries and save lives.

Emotions and biases can get in the way of evaluating hazards or assessing the proper level of risk.

“I may emotionally justify in my mind what the risk is associated with a particular activity,” Madaras said.

“Risk conditioning takes common sense and allows it to become flawed sense,” he said. “It allows us to rationalize the probability of a negative outcome as being nonexistent.”

Risk is unavoidable, especially in electrical construction. According to OSHA, the top four causes of construction fatalities are falls, struck-by (being struck by equipment, trees, etc.), caught-in/between (getting caught in or between equipment) and electrocutions. Madaras calls them “the fatal four.”

“In the electrical industry, there is no way to eliminate risk,” said Madaras, who has been working in safety training for over 30 years. “You can’t move forward with zero risk.”

Madaras referred to the Heinrich accident pyramid, which posits that for every 300 unsafe acts (or accidents) in a workplace, there are 29 minor injuries and one major injury (or fatality). Herbert W. Heinrich, a pioneering occupational health and safety researcher in the 1930s, analyzed workplace injuries and accident data collected for over 30 years by his employer, Traveler’s Insurance Co., identifying causal factors of industrial accidents. The Heinrich law—which states that the number of accidents is inversely proportional to the severity of them and that minimizing minor incidents will reduce major accidents—is based on probability and has been criticized.

In his BGE presentation, Madaras used an updated version of the pyramid: for every 3,000 hazards (the large base) that can cause potential harm to people, property or the environment, there are 300 near-misses or small incidents; above that there are 29 incidents that result in significant physical injury or destruction of property or the environment. Above that, at the top of the pyramid, there is likely to be one catastrophic event or fatality. 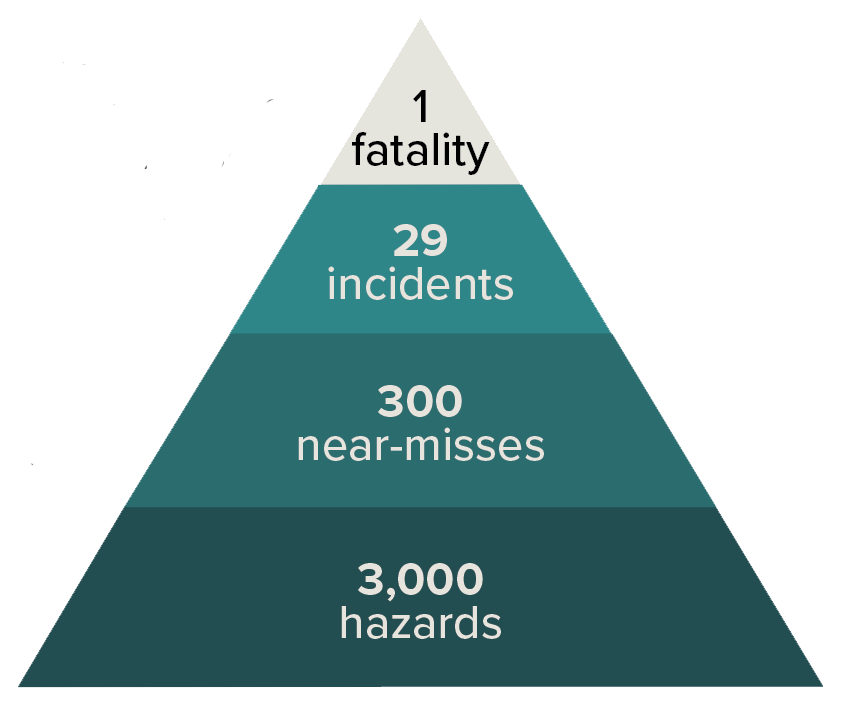 The process of risk conditioning in the electrical construction industry is similar to how people have become conditioned to drive distracted, Madaras explained, referring to the Washington, D.C./Maryland/Virginia Beltway and the Baltimore Beltway as “eight-lane death strips.”

“One of the most dangerous things somebody is going to do every day is get behind the wheel,” Madaras said. “People do all kinds of things while driving 70 mph on a 55-mph road—eating lunch, checking their phone, everything but focusing on driving.”

Every year, nearly 40,000 people—100 people a day—die on America’s roadways, according to the National Safety Council. Traffic crashes are the leading cause of death for ages 1–25.

Madaras illustrated the risk for ECs.

“Once you remove the panel box cover, the electrical energy is still live if you haven’t verified that it is nonexistent,” he said. “The energy that comes from an arc flash is described as being hotter than the surface of the sun. It vaporizes copper. If it does that, what does it do to your lung tissue, your skin?”

The three biggest challenges to safety in electrical contracting are comfort, convenience and expediency, according to Madaras. Electrical workers can become too comfortable—they may do a task a thousand times and zone into a routine. They learn shortcuts, skip something on the safety checklist or forgo personal protective equipment (PPE) if it’s considered inconvenient. And, like everyone else, they can grow impatient. If they have to get the job done and start thinking about getting home, they may feel that safety is interfering with the task at hand, and is therefore a low priority.

And sometimes we are rewarded for taking a risk.

“Accidents don’t occur every time we take a risk, so we get into the ‘it’s not going to happen to me’ mindset,” he said. “But we need to appreciate that danger is there.”

Another factor is the variability in the definition of acceptable risk.

“Different trades come from different places,” Madaras said. “People who live in the inner city may be more comfortable with certain risks than people out in the country, who may have milked the cows in the morning before they came to work. What’s an acceptable level of risk to one group of people may be entirely different to others.”

Safety precautions can help mitigate accidents, but not completely eliminate them.

“Don’t allow that risk conditioning to help you rationalize that a hazard is not what it is,” Madaras said. “You’ve got to always pay attention to what’s going on around you.”

It helps to “try to be a little bit empathetic with others,” Madaras said. “It’s easy to get a negative attitude, but try not to be grumpy with each other on the job.”

In some ways, coaching football is similar to safety training, according to Madaras, who approaches his work as a safety trainer with the same zeal as when he coached. “If you’re a [site/safety] supervisor, now you’re a coach,” he said. “And a team wins when the players work together.”

“[I’ve] got great admiration for people in the trades; that’s why I do what I do,” Madaras said. “These people who do the trades are industrial athletes, this is their field. And you expect a professional to handle themselves professionally, to get enough rest, hydrate, eat right and practice your fundamentals, like Michael Jordan said.”

Ensuring everyone stays safe on a construction site requires “doing a whole lot of little things right a whole lot of times,” he said. “If you do the little things you need to do, as far as paying attention to where danger exists in your industry, then you don’t have to worry, you’ll go home safe at the end of the day.”