The Untapped Resource: Diversity as a Solution to Workforce Shortages 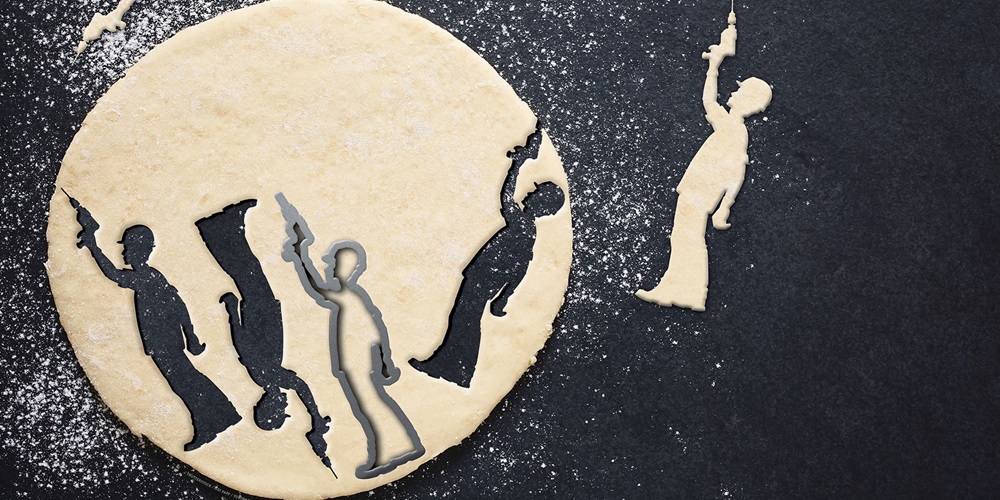 The construction industry as a whole faces a shortage in labor supply that is expected to get worse. The U.S. Bureau of Labor Statistics (BLS) predicts a 13 percent overall increase in construction jobs through 2024 and a 5 percent increase in construction management employment. According to the Associated General Contractors of America (AGC), the demand is already here. It reports that 86 percent of construction companies are having difficulties filling craft and salaried positions. Further, 92 percent say they have a problem filling open positions. There simply isn’t an adequate supply of labor and management in the construction industry.

You may have heard the saying, “If you always do what you’ve always done, you’ll always get what you’ve always gotten.” It has been attributed to Henry Ford and others, but what it means is more important than who said it. Sticking to the status quo has left the electrical contracting industry with a talent shortage, and continuing to do so isn’t going to solve the problem.

Electrical contracting doesn’t have an industry image problem. It has an industry awareness problem. The industry would sell itself if the available opportunities were presented. Today, management personnel are not coming out of the trades anymore. Now it’s necessary to promote the message that electrical construction careers are about planning, thinking and problem solving, not just hands-on work.

Electrical contracting doesn’t have an industry image problem. It has an industry awareness problem.

Career opportunities and good salaries are the two greatest incentives the EC industry has to offer potential workers, but if people don’t know about them, do they matter? Initiatives for attracting talent to construction have popped up everywhere. They range from scholarships to mentoring to commercials and advertising; however, the concern is that these actions are not doing enough to reach young people, women and minorities.

Researchers at the Lemon Construction Science Division at the University of Oklahoma explored what attracts and retains individuals to the electrical construction industry from different groups. They conducted a survey of electrical construction management professionals, collecting more than 700 responses from across the United States. While women and minorities shared some common influences with white men, the researchers found some key differences worth considering for recruitment and retention.

Perhaps the most telling differences between men and women came from responses to questions about why more women don’t work in electrical construction. Men believed the hard physical and environmental work conditions kept women away, but the women overwhelmingly reported that it is simply a lack of credibility and respect that is the biggest barrier. Despite the construction industry’s stigmas and male respondents’ belief that the work conditions keep women away, the data show women are not deterred when they find out about the career opportunities available.

For women, the pay is good, too. According to the BLS, the gender wage gap in construction is the second smallest of any industry (real estate is No. 1). It isn’t surprising that the pay attracts women, but if women don’t know about the pay or the career opportunities, these factors won’t solve the labor shortage. The reality is the industry sells itself once women know about these things, so promotion and advertising through friends and social networks are needed.

As with women, minorities are not presented all of the opportunities the industry has to offer. They also reported that family relationships were less influential. In fact, for some, family members deter them from the industry. Minorities surveyed put a higher value on pay than others and are attracted to the idea of hands-on work, and they place less value on relationships with managers and coworkers than nonminority groups. These differences are nuanced and require targeted strategies to effectively reach and tap the potential of minority groups.

While women and minorities are a small portion of the managerial talent in the industry overall, their numbers were highest in the under-30 age group. So, diversity in age is also an issue for the industry.

For both men and women, personal relationships are the most important sources to learn about the opportunities in the industry, but the relationships that influence them are different.

Just like with women and minorities, when comparing by age, the most important influences differed by age groups. For the youngest age groups, a steady job and job security were more important, and they had chosen electrical construction industry over other opportunities. Two of the most telling differences were that the under-30 group highly valued a job that required thinking and problem solving but were not influenced by working with their hands, and younger age groups placed a higher value on their relationships with managers and a lower value on their relationship with coworkers, both of which were the opposite of older age groups.

The proportions of women and minorities in the youngest age groups were the highest. So, even if women and minorities are not pursued, contractors could focus on the things that the under-30 age group values most. This will move electrical contracting toward becoming a more diverse industry, which will, theoretically, grow the overall workforce.

Studying the differences between ages, ethnicity and gender provides nuanced guidance on how a more diverse talent base might be achieved. However, these groups all point to the need for decision-makers in the electrical construction industry to ensure they are not making decisions in a vacuum. That is to say, whether it is one old white guy or a group of them making decisions regarding recruitment and retention strategies, if they don’t get input from and listen to diverse groups (women, minorities and younger ages), they will likely continue to do what they have always done and get what they have always gotten: a shortage of talent.

Ben Bigelow is an associate professor and Director of the Haskell and Irene Lemon Construction Science Division at the University of Oklahoma. He can be reached at bigelow@ou.edu.