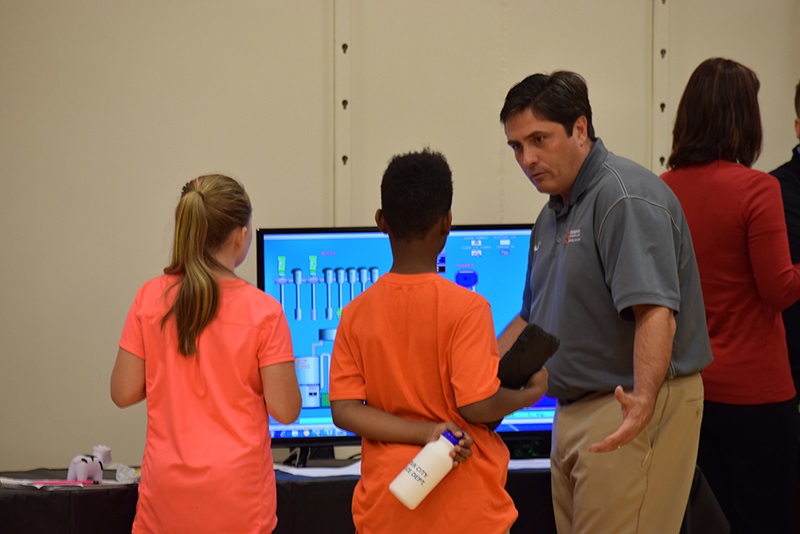 How early is too early to get youth interested in a career in electrical contracting? According to management at Thompson Electric Co. (Sioux City, Iowa), fifth grade may not be too early.

For a couple of years, Kent Grange, the company's director of business development, had an idea of contacting a local middle school to see if his company could come in and give a presentation to the eighth-grade students during their freshman orientation. This past spring, however, he happened to see a news story about fifth graders who visited a local college.

"I thought, if they can take fifth graders to learn about college, why can't we bring Thompson Electric to a fifth grade classroom so they can learn about the electrical industry?" Grange said.

Grange and company CFO Renee Beaulieu arranged to visit the principal at Loess Hills Elementary School, a school where students learn programming and how to code in all of their classes. This seemed like a good match, because Thompson Electric is also involved in programming, automation and controls, and electric innovations, including IT and low voltage.

"We then contacted about 15 local businesses and others and arranged to set up tables in the school and have the students come in," Grange said. The other participants included a college, a trade/tech school, an attorney, healthcare facilities, manufacturers, a general contractor, a bank, an architect, a TV station, and Thompson Electric.

Every business had a minute or two to talk about the technologies they are involved in, what skills are required to work for them, whether a college degree is necessary, and so on.

"We wanted to let the students know that there are some great career opportunities here where you are growing up," he said.

The event took place in mid-October and was a huge success.

"About 100 students came through, and they were really engaged," he said.

After the presentations, the students got up, walked around, and talked with the various businesses.

Afterward, Grange spoke with someone from a local college who said research showed that, to keep career paths in front of students, you first need to reach out to them in the fourth or fifth grade, again in the eighth grade, and again during junior or senior year of high school, especially students who don't plan to go on to college and are looking for careers where they can receive training without college.

"All of the businesses were thrilled with the results of the event and are excited about participating again next year," he said. "The principal was also very happy, and the principal of the middle school, who was also invited, said that we needed to plan a similar event for eighth graders. We are now in the process of planning this."