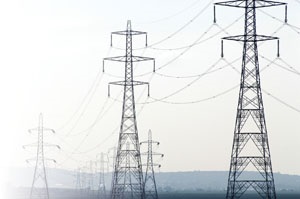 It's not difficult to find examples of transmission-planning projects gone awry. From Southern California to Wisconsin to Pennsylvania, electric utilities face heavy opposition to their plans to boost transmission capacity. In some areas, the situation is approaching a point that federal officials may be forced to impose siting plans to relieve serious congestion issues.

More unusual is the experience of Hartford, Conn.-based Connecticut Light & Power (CL&P), which—with its minority partner, New Haven, Conn.-based United Illuminating—currently is halfway through a 69-mile, $1.1 billion effort to install a 345-kV transmission line through 18 Connecticut communities. Though project managers have fought their share of community relations battles, construction is expected to be complete by summer 2009, with the line activated by December 2009.

Compare this process to the effort by San Diego Gas & Electric to gain approval for a 130-mile line connecting Southern California to generating resources, including wind, geothermal and proposed large-scale solar facilities. The California Public Utility Commission (CPUC) may release a verdict on the Sunrise Powerlink in mid- to late 2008. However, community and environmental opposition is so strong that CPUC approval may set off a delaying round of courtroom battles.

Why this plan worked

So, how did CL&P and its parent company Northeast Utilities manage to get the -Middletown-Norwalk project off the ground while other utilities are struggling? It helped that the majority of the planned route incorporates existing utility-owned rights-of-way. The San Diego project, for example, would cross a state park, raising added environmental concerns.

Market conditions in southern Connecticut also played a role in the project’s approval, according to Ann Bartosewicz, CL&P’s project manager for the Middletown-Norwalk line. Regional utilities were under pressure to boost transmission reliability to meet North American Electric Reliability Corp. (NERC) standards. This project, combined with the 21-mile Bethel-Norwalk line that was energized in 2006, will complete a loop to provide more secure electricity supplies meeting NERC requirements. The independent system operator for New England also was raising reliability concerns and forcing CL&P to pay expensive surcharges, which the utility had to pass on to its customers.

“These effects increased pricing for customers in Connecticut by quite a bit,” Bartosewicz said, adding that the Bethel-Norwalk line already has cut its customers’ electricity costs by $130 million. “It has the benefit of saving customers real dollars.”

And, though planning and outreach efforts were well underway by the time of the August 2003 blackout, Bartosewicz said this event helped the utility’s argument that the transmission infrastructure was reaching a critical state.

Still, economic and reliability arguments would not have had an impact if CL&P had not significantly invested in community outreach as project planning proceeded. In an effort Bartosewicz compares to running a political campaign, the company toured the towns through which the line was planned to run with a collection of informational kiosks. Incorporating 3D graphics, the kiosks helped explain the technological and environmental issues the project raised. Visitors could type in their address to see how close their homes might be to the proposed route.

Labor was another important audience in the utility’s communication plan. Managers knew they might have to scramble to meet work force needs—with the project currently at its peak employment, the in-the-field payroll is topping 800—without looking outside the area’s local union membership. But they also feared potential work interruptions related to nonunion personnel on the job.

“We guaranteed the unions that this would be an all-union project,” said Brett Williams, associate vice president with Kansas City-based Burns & McDonnell, the engineering firm that served as program manager for the project.

The one exception agreed to by all parties related to cable splicing and pulling through the 21-mile segment of the line being run underground. The cable’s French and South Korean manufacturers insist on installing this line using their own personnel.

“It becomes a warranty issue,” Williams said. “The only way a lot of these manufacturers will give a warranty is if they do their own pulling and splicing.”

Both Bartosewicz and Williams agree that utilities considering transmission-system upgrades should plan on a lengthy approval process and make community and labor outreach a priority. Additionally, because many of these projects now are in the pipeline, Williams suggests identifying suppliers and locking in materials early to ensure timely delivery.

And, though Middletown-Norwalk managers got line construction approved without having to resort to state or federal intervention, Williams believes these moves may become a more familiar element in project-planning timelines, as well. Community opposition is reaching new peaks, Williams said, just as the need for added transmission capacity becomes increasingly obvious.

“I think the feds may have to get involved to push these projects through,” Williams said. “People used to talk about ‘not in my backyard.’ Now it’s ‘not in my state.’”