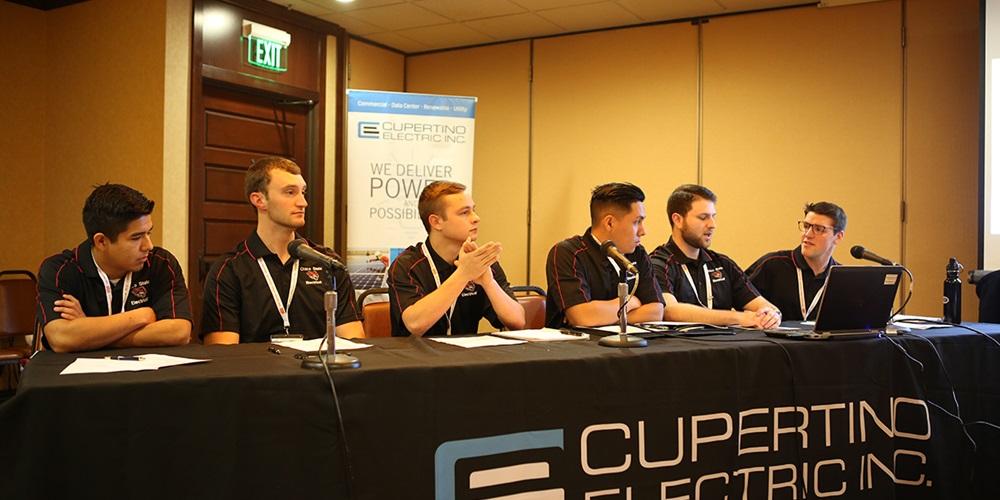 Each year, the Associated Schools of Construction (ASC) holds a number of national competitions that allow college students from around the nation in construction and construction-related trades to experience what it is like to work in the industry.

The most recent competition, held Feb. 8-11 in Sparks, Nev., and which also included a conference and job fair, was hosted by ASC Regions 6 and 7.

During the competitions, students combine estimating and scheduling knowledge, along with communication and coordination skills, to tackle a mock scenario in one of a number of areas: heavy civil, commercial, mixed use, design/build, electrical, mechanical, sustainability, concrete, etc.

This year's Region 6 and 7 competition included 182 teams composed of over 1,350 students from 45 different universities, and it included faculty coaches as well as a large number of industry participants.

"This year, there were 10 teams participating with six students on each team," Dr. Barlow said.

For the electrical competition, Cupertino Electric offered students a scenario containing several electrical challenges to illustrate the typical hurdles faced by a team working on a massive, multi-year project.

"This year, Cupertino Electric selected a design/build, ground-up, mixed-use college dormitory project in San Jose, Cal.," said Scott Glick, Ph.D., associate professor in the Department of Construction Management at Colorado State University (Fort Collins) and ASC Region 6 Director. "Prior to arriving at the competition, students were provided a base estimate and proposal, GC schedule, drawings, estimating software, several templates, a laptop with bid software, and bid software training. The problem required students the students to understand all aspects of the electrical industry, right down to California regulations."

The students were given a list of deliverables at the competition and a day to complete them. Each team also presented to a panel of judges as part of the overall scoring. First place went to the University of Cincinnati, with second going to California State University (Sacramento), and third to San Diego State University.

"The competition was a great success," said Steven Sleek, assistant project manager for Cupertino Electric. "The students seem to get more and more knowledge about electrical contracting each year. The strength of these students makes for a high-quality, competitive competition. The greatest success is that the competition is sparking interest in young, talented construction management students to explore careers in the electrical industry."

What Sleek and others found most encouraging, though, was that so many of the teams were able to accurately develop a schedule of values (SOV).

"We thought this would be the hardest part of the competition, but we were pleasantly surprised that these 19- to 22-year-old students understand the purpose of an SOV, as well as the importance of front-loading, staying cashflow-positive, and projecting through the end of the month," Sleek said.