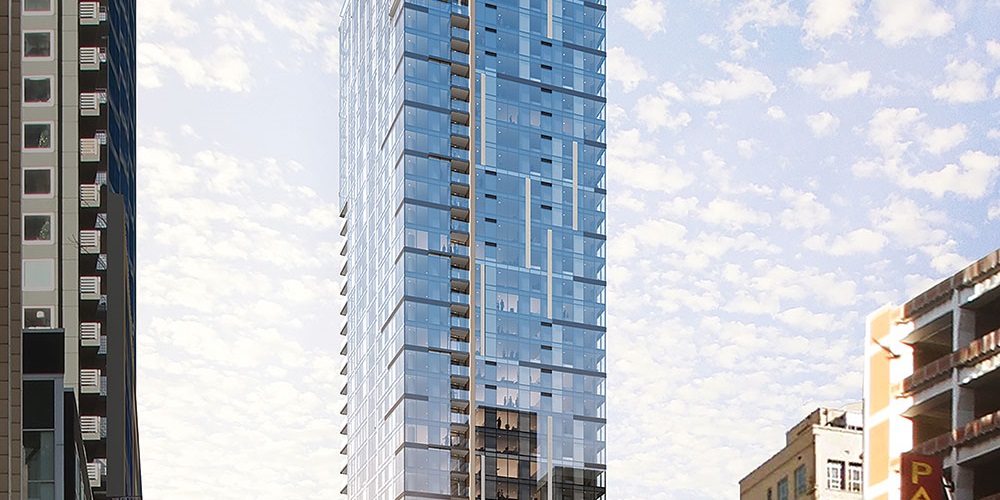 The vibrant city of Seattle features stunning views of tree-covered mountains and water in nearly every direction. It is home to the iconic Space Needle and Pike Place Market, where grocers and fishmongers hock their goods to locals and tourists.

The city originally boomed due to the logging industry and, after World War II, was propelled by Boeing Corp.’s aircraft manufacturing. With residents fueled by Starbucks, Seattle has become a tech town with the establishment and growth of Microsoft, Amazon, Zillow.com and other big names in software. With their work, the city’s electrical contractors demonstrate the sophistication and diversity of the city’s economy.

Sequoyah Electric, headquartered in Redmond, Wash., is in the final stages of the 2nd & Pine project, a residential high-rise across the street from Pike Place Market.

“It is invaluable to see people come together in an urban setting that is open, inviting and diverse,” said Rick Trocano, VP Development/Principal, Sequoyah Electric. “You don’t see that everywhere. The 2nd & Pine project allows for development and brings more people downtown to live, work and play.”

“We’ve completed multiple high-end, residential high-rise projects with Turner Construction, so having a strong and familiar team helped us to collaborate,” said Shannon Robinson, Project Executive, Sequoyah Electric. “To stay on track, we utilized our prefabrication facilities and logistics center to assemble and mass-produce product well ahead of schedule, while using lean practices and principles.”

Sequoyah Electric was aware that the project would have an aggressive schedule, so the company created a strategic plan during preconstruction and implemented a process called “pull planning,” by which the team met with other project subcontractors to identify critical deliverables and milestones that required completion over a mutually agreed-upon timeline.

“The goal was to create a proper workflow for the project, identify any potential trade stacking or overlapping, and overall buy-in and accountability from the construction team,” Robinson said. “In addition, the process also identified any areas of ‘float’ in the schedule. For example, if we discovered an extra day, we would utilize that day to focus on items done early.”

“To stay within budget and prevent installation conflicts in the field, our team developed 3-D BIM modeling drawings and coordinated directly with the engineering group to design and preplan the installation of all major equipment,” Trocano said. “This process was beneficial to the electricians and the overall MEP process, including the owner.”

“Sequoyah managed their scope of the work tremendously, and they really helped drive the project to its completion successfully,” she said.

Cochran Inc. is a Seattle-based electrical contractor founded in 1954 by Walter Cochran and his sons, Bob and Gordon. Now under the leadership of Walter’s granddaughter, LeeAnn Cochran, the company was the EC on the second phase of the University of Washington Medical Center expansion in Seattle.

Cochran modeled the project in AutoCAD MEP and built out seven operating rooms and 79 ICU and medical surgery suites in the Montlake Tower as well as the interior renovation in the Pacific and Muilenburg Towers.

Since the medical center is a working facility, Cochran was required to limit its drilling and rotary hammering. The company met the challenge of efficiently addressing the university’s protocol for handling hundreds of utility shutdowns, including adding a full-time coordinator for that task.

Working with the other trades, Cochran created tube steel structures that were designed and assembled off-site then trucked in and delivered.

“On this project, mechanical, electric and the plumbing trades all mounted to the one rack structure, which was welded to the ceiling structure that was the overhead horizontal transportation of all the systems in the ICU corridors,” said Brad Velasco, senior project manager, Cochran Inc.

The last phase of the project presented challenges that stemmed from working in a 1950s building.

Cochran partnered with the owner, the hospital and the facilities manager to do an upfront investigation to ensure that, when workers were going in to rebuild the space, they would be working off of the correct systems.

“We went in and physically verified it on nights and weekends, during off-hours when the staff and patients were not there using 3-by-4-foot containment carts—ones that are designed for infection protection in the hospital,” Velasco said.

“We were opening a grid ceiling with exposed contaminants that could pose a risk to patients,” he said. “We took photos, documented it and then got that information back to the engineers and the architects to make any needed design changes before we started construction.”

Across Lake Washington, the Bellevue Collection, home of Bellevue Square mall, is being enlarged by the construction of the Lincoln Square Expansion. Connected by skybridge and car tunnel to the original Lincoln Square, it is a mixed-use complex with three floors of retail and restaurants above grade, six floors of below-grade parking, and two independent side-by-side high-rises—one a 32-story office tower and the other a 42-story luxury residential tower housing the W Hotel.

Nelson Electric Inc. of Seattle worked under general contractor GLY Construction. Due to its size and scope, the 1.5-million-square-foot project—710,000 square feet of office space and 180,000-plus square feet of retail, dining and entertainment—was broken into five phases run by five project managers.

Nelson Electric’s Allan Busch was the senior project manager, overseeing a crew of 175 electricians and low-voltage technicians. The three-year project had phased occupancies for the parking structure, retail podium, office tower and hotel/residential tower. Nelson Electric performed all scopes of the electrical, low-voltage and life safety systems work, including fire alarm, security, distributed antenna systems, audiovisual and communications cabling. A fiber optic backbone connects the property to a command center located at a separate location within the Bellevue Collection.

Nelson Electric was brought on to the project early in the design phase.

“Because of the level of trust and history we have with the developer, Kemper Development Co.—who owns all the properties in the Bellevue Collection—they involved us very early in a consultative role,” said Brian Heeb, controller and owner, Nelson Electric. “This was a negotiated, design/assist project—the capstone of a 30-year relationship with the owner.”

“The fact that there were five contracts and that we had to coordinate systems—fire alarm, security, lighting control—that are throughout the building that have to tie together in different phases was a little bit challenging and required coordination as we segregated different sections of the project to meet the inspection requirements of the state,” said Lezlie Lang, project manager, Nelson Electric.

“Some parts of the project were open to the public while other parts were still under construction, so having to figure out how to segregate those areas and get things signed off required a lot of coordination between all the trades and [the city],” Lang said. “Our solution was to close off stairwells at certain levels because the levels above were under construction and those under the level were being tested and approved by the city.”

Scheduling deliveries in off-hours was one solution to the materials challenge. One large loading dock was being used by Nelson Electric as well as other general and electrical contractors that also were working in the building on tenant buildouts.

“We got materials in there during off-hours at 4 a.m. for a 6 a.m. job-starting time just to get the building complete,” said Kevin Nelson, owner and project manager, retail structures, Nelson Electric.

As the company approached the end of the project, another challenge emerged: finishing the shell and core and scheduling inspections while starting work on the tenant buildouts.

“Since we had to make sure the tenants had everything they needed from the shell and core to get lined up to start on tenant improvements, we increased the crew to get everything done on time,” Nelson said.

Working under general contractor Skanska USA Building, Foy Group Corp. of Seattle is in the last phase of the Line 1.5 Project for the Boeing Co., a rework of one building in preparation for construction of the new 737 MAX final assembly line.

Because Boeing couldn’t stop normal production, construction took place alongside the existing assembly lines. Foy Group was involved in replacing outdated substations, the 480-volt distribution power, due to the arc flash study completed by an electrical engineering firm hired by Boeing. The old panels were not rated to withstand the new requirements, so replacements and associated equipment were necessary for the new final assembly line.

At the start of the project, Foy Group replaced a single-ended substation with a new double-ended one and updated panels per the arc flash study.

Foy Group then made room in the new assembly line by relocating existing tooling groups within the building. Once the groups were relocated, they began on the buildout of the new moving line, which is more than 1,000 feet long.

“Boeing works three shifts a day in most parts of the plant, so we needed to work with the production managers and the tooling groups to find windows where they would allow us to shut down power to the equipment while we replaced the gear,” Hjorten said. “There were many times we had to change our schedule at the last minute in order to meet their needs.”

As a way to help with Boeing’s schedule, Foy Group worked on major holidays such as Thanksgiving and Christmas during shutdowns to complete the project.

This dedication is a common thread in projects all over Seattle that have been touched by the city’s hard-working ECs.