The Right Environment: Keeping Women in the Trades 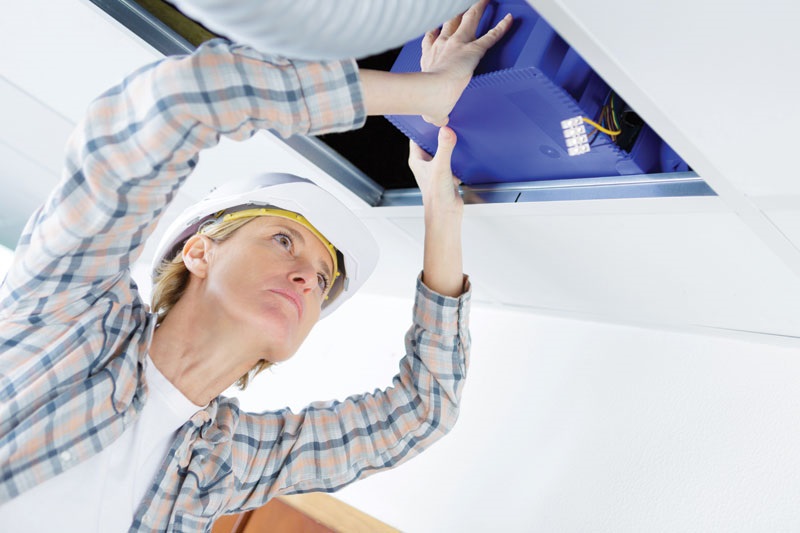 In 1978, President Jimmy Carter issued an amended executive order that, within four years, required tradeswomen to perform at least 6.9 percent of the labor hours on construction projects. Contractors on federal projects are still expected to make a “good faith effort” to hire tradeswomen, but, after nearly 40 years, women still perform only 2–3 percent of construction work.

Recruitment has been the easy part, since union tradeswomen have achieved equal pay for equal work, while the overall gender wage gap is still more than 20 percent. They have proven their worth, as well. At one national association conference, a highly respected electrical contractor rebutted his peers’ skepticism about hiring women by stating that, every time he assigned a female electrician to a crew, productivity increased by 10–15 percent. In his opinion, no man wanted to be outworked by a woman.

Despite efforts to recruit more tradeswomen, it has proven very difficult to retain them. Over the past three decades as a subcontractor, association president, construction educator and training program auditor, I have observed, consulted and strategized, and two things are clear. The most egregious problems on job sites have been addressed, but there are still lingering issues most employers cannot discern or correct.

Isolation is a major topic at tradeswomen’s conferences. Vocational educators have noted that one female student is likely to drop a construction class, but two will often form a team that outperforms their male peers. The same is true for tradeswomen. One is a token, but two or more are a peer group that can provide the missing collegial support.

It costs nothing to assign two women to a crew instead of one. Mitigating the isolation problem improves job satisfaction and may spur the entire team to become more productive.

Project owners expect their job sites to be tidy and have little tolerance for crude behavior or language, but tradeswomen have sometimes been blamed for taking the fun out of job site culture. Improving the work environment benefits all employees. For example, a lone female on a panel of journeymen at a national industry image conference pointed out the deplorable sanitation levels on her projects in response to a question from the CEO of a major engineering company asking what changes were needed in the work environment. Known for his proactive recruiting of tradeswomen, he agreed that clean, private bathrooms should be available and promptly offered her a job.

A formal mentoring program creates additional support for tradeswomen to help them adapt to the company’s way of operating and identify problems early. On a federal project some years ago in Chicago with a goal of 40 percent female craft workers, the local tradeswomen’s alliance created an orientation program to help the new apprentices recognize the difference between traditional hazing rituals and harassment. Although hazing has become less acceptable in recent years, an effective mentor can fill a similar advisory role in your company.

Adapting to a new culture causes understandable confusion, especially for men who have been taught traditional etiquette for social situations. Tradeswomen open their own doors and carry their own tools. That’s their job. Women expect help carrying materials if their male peers would expect the same assistance, but too much help can send the wrong message that tradeswomen can’t handle the job.

Today, tradeswomen seldom face the risk of injury or overt hostility that pervaded the job sites of the early days. The behaviors that create a stressful work environment are subtler—the “accidental” touch or the retraction of a remark as “just joking” are harder to combat. Marketing is still largely directed to the tough guy who needs a powerful truck, and women are still introduced at meetings with comments about their attractiveness instead of their credentials. These small things, however unintentional, can erode the efforts of tradeswomen to fit in and build collegial relationships with male coworkers and supervisors.

Many women are reluctant to bring job site issues to a male human resources employee, so make sure there is a woman available to field complaints. Investigations and any disciplinary actions should involve both male and female staff. In our company, even though I was the CEO, my brother took the role of explaining to our shop crew how their clumsy practical joke had almost cost us a valuable female employee and a potential legal settlement. The message was more effective coming from him.

You can’t create a perfect work environment, but you can ask what your tradeswomen need to do their jobs better. You can send them to tradeswomen’s conferences and association conventions and ask them to report on what they learned. You can make it clear that they are valued employees, and they will show their appreciation by doing their jobs. Then, maybe, they will stay.