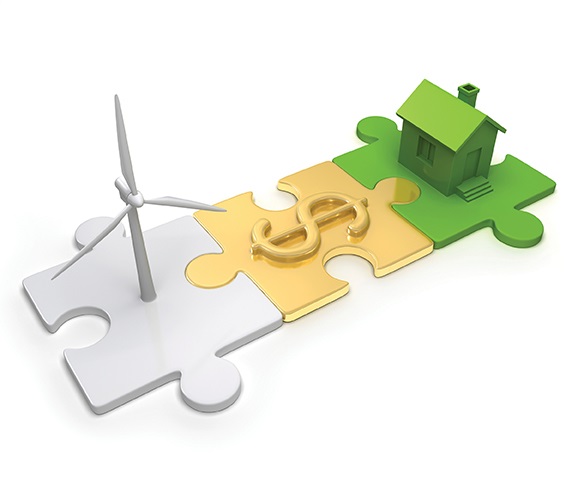 Despite their growing popularity and use, renewable power still faces the challenge of not being cost-competitive with fossil fuels. To compensate for this disadvantage, they have benefitted for many years from tax credits and other financial incentives.

The most significant tax incentives have been the federal credits for investments in solar and wind power. As beneficial as they have been for these growing industries, the credits have suffered from an issue of reliability, not unlike the problem of intermittency facing the power itself. While renewables have to overcome the problem of intermittency caused by nature, the tax credits suffer from an unpredictability caused by politics.

The federal Investment Tax Credit (ITC) and the federal Production Tax Credit (PTC) have always been temporary incentives that must be renewed at regular intervals. That inconsistency has had a negative impact on the industry, since financiers and developers are reluctant to invest in new projects if they can’t be certain that the tax credit will be available to them.

The solution is to make the credits permanent. Until now, federal lawmakers have been unwilling to make that commitment. Now, President Barack Obama wants to break that cycle.

In his 2016 budget, Obama is proposing a permanent extension of the ITC and the PTC. The ITC provides a 30 percent tax credit for new systems. It is scheduled to expire at the end of 2016. The PTC provides tax credit for renewable power generated. It was allowed to expire at the end of 2013; subsequently, Congress adopted a grandfather provision to apply to any new projects started before Jan. 1, 2014.

It is unlikely that the Republican-controlled Congress will go along with the president’s proposal to make both credits permanent, but the proposal could serve as a starting point for negotiation over future extensions.