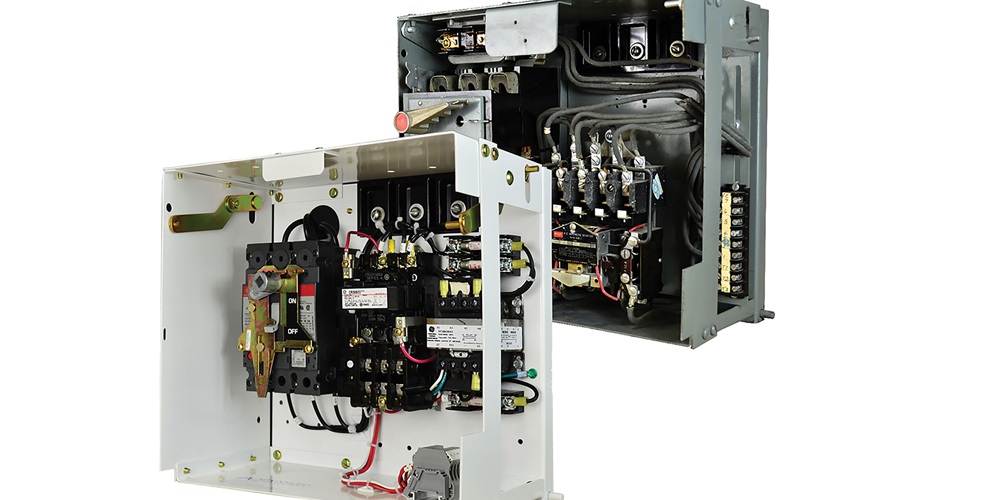 Employing reconditioned electrical equipment instead of buying new has many advantages, though the rules around which kinds of products can be reconditioned are set to get stiffer.

“The concept of refurbishing, remanufacturing or reconditioning equipment is not new to the industry. It is new, however, to the National Electrical Code,” said Michael Johnston, NECA’s executive director of standards and safety.

The NEC had been silent on the topic until 2017 when a new subsection 110.21(A)(2) was added to include rules related to reconditioning, Johnston said.

“In the 2020 NEC, to be issued in August, there is a host of new rules incorporated throughout the Code that clarify which electrical products and equipment can be reconditioned and which ones cannot, to provide guidance to the industry,” he said.

All of the additions come from the National Electrical Manufacturer’s Association’s (NEMA) Policy on Reconditioned Equipment, and a new definition in Article 100 reconstitutes reconditioned equipment.

“It is a work in progress,” Johnston said. “I fully expect the 2023 NEC to continue with its evolution. Most likely, it will be an expansion of rules that apply to specific equipment covered in multiple articles in the Code. We hit a lot of them in this cycle, such as overcurrent protection uses in circuit breakers.”

Having the requirements in the NEC related to equipment reconditioning is a big help for installers, owners and inspectors, because they previously had no specific rules to give them guidance, he said.

“It puts inspectors and installers on the same page,” Johnston said.

As it stands in the 2017 NEC, Section 110.21(A)(2) mandates reconditioned equipment be marked with a name, trademark or other descriptive marking by which the organization responsible for reconditioning the electrical equipment can be identified, along with the date of the reconditioning.

The requirement was added because reconditioned equipment was being put back on the market and reinstalled without any way to identify who had modified the equipment, said Jim Dollard, safety coordinator for IBEW Local No. 98 in Philadelphia, who serves on the NEC Correlating Committee, NEC CMP-10, NEC CMP-13, NFPA 70E, NFPA 90A/B and the UL Electrical Council.

“What did they do to the electrical equipment? Was it underwater in a flood? To recondition means to restore to operating condition,” Dollard said.

For example, when a third party modifies a transfer switch, it owns responsibility for that product’s performance, he said. The listing agency and manufacturer are not responsible because there is no way to know if the product meets the applicable product standard.

“If you recondition and sell a product, you own responsibility for performance, so you must put your name on it,” Dollard said.

The 2017 NEC revision also clarifies that the approval of reconditioned equipment should not be based on the equipment’s original listing.

The reason for this clarification is, when the original equipment was installed, its listing means it meets an applicable product standard, such as from UL or another research and testing organization, he said. But if a third party were to purchase that equipment and modify it in some manner, that equipment might no longer adhere to the safety-driven standard on the original listing.

Buying reconditioned equipment can pose additional challenges, Dollard said. After heavy rains, large structures often lose their distribution equipment because of flooding, but companies will try to recondition and sell the equipment.

“Buyer beware: that shiny reconditioned transfer switch looks good, but it may have been underwater just six months ago,” he said. “Does it meet the applicable standard? Will it function properly to provide emergency power?”

Currently, multiple revisions are in play for the 2020 NEC to identify equipment that can be reconditioned, such as a switchboards and low-voltage power circuit breakers, and equipment that cannot be reconditioned, such as molded-case circuit breakers, transfer switches in emergency systems and fire pump controllers, Dollard said.

For now, as a best practice, contractors should refer to the manufacturers’ listing to see what the research and testing laboratory determined, as well as guidance from NEMA.

“They know more about those electrical products than anyone because they are the companies that make them,” he said.

Depending on what kind of equipment is being used and how critical the operation is relative to safety, the use of reconditioned equipment can be a viable consideration, said Richard Bingham, a member and previous chair of the NFPA 70B committee, the association’s electrical equipment maintenance committee.

“Today, most electrical equipment is repairable, if the equipment is not a catastrophic failure, and can cost less than buying new,” he said. “But first, you really need to conduct tests on your existing equipment, taking measurements regularly to determine when the equipment starts to degrade, so that you’ll know when you should schedule maintenance, take it off the line and repair it.”

Routine maintenance, as described in manufacturers’ manuals and NFPA 70B, is an important process for extending equipment life and knowing when repair is needed, he said.

In many instances, buying reconditioned equipment is a better alternative than buying new because technology evolves so quickly that older equipment can become obsolete. Furthermore, transitioning to new equipment can be costly if it is not a direct replacement, he said.

There is indeed an argument to be made for considering reconditioned equipment, said Paul Wasacz, program manager for GE Philadelphia Circuit Breaker & Switchgear at Parts Super Center in Runnemede, N.J.

“There is a very large installed base of industrial electrical equipment in the United States that was placed into service after World War II and through the 1980s, as manufacturing expanded in North America,” he said. “While much of this equipment may appear to be past its life expectancy, operating experience has proven this equipment to be quite durable.”

Many companies are turning to what Parts Super Center calls “life extension” in lieu of replacing this equipment, he said. Life extension involves taking a comprehensive look at the equipment from an engineering and maintenance point of view to determine what components need to be remanufactured or replaced to provide continued safe and reliable service, while avoiding the expense of outright replacement.

According to Wasacz, Parts Super Center, formerly a division of General Electric Co., is “uniquely qualified” as the licensed OEM to assist customers in identifying life extension opportunities and providing the parts for customers to refurbish their equipment in the field.

“Based on the original factory design, life testing as well as the collective experience of the GE field engineers and maintenance personnel, we are able to recommend and supply just the wear parts that represent the greatest risk of failure due to prolonged service,” he said.

In addition, the company is often able to inform the customer of service advisories for their equipment, similar to recalls in the automotive industry, that address less-than-optimal conditions that have been identified by OEM, Wasacz said.

Wasacz emphasized that Parts Super Center should not be “lumped in” with the electrical recycling and parts business.

“We feel that many of these companies lack the expertise and know-how to provide remanufactured parts that meet the original equipment specification,” he said. “This tends to give remanufactured a bad name.”

He said the divisions “have a solution to every circuit breaker made in America since World War II.” That could be a reconditioned, remanufactured or surplus original, or it could mean an engineered replacement using new equipment designed to plug and play in the old panel or switchgear.

“Everyone should shop from responsible vendors,” he said. “If you’re buying something off of eBay, you’re just going to get into trouble because you don’t know who you’re dealing with or the lineage of the equipment. It may not function as designed. It could have been underwater or stolen.”

Industrial trade associations such as the Professional Electrical Apparatus Reconditioning League and the Remanufacturing Industries Council (RIC) have worked with the American National Standards Institute to develop the definitions and standards for the terms “reconditioned” and “remanufactured,” Schofield said.

“Perhaps the easiest way to distinguish between the two processes is to think of remanufacturing as ‘resetting the odometer to zero,’ whereas reconditioning is more like ‘guaranteeing so many miles or time,’” he said.

“When we remanufacture equipment, we tear it down, and every component is redone. But when we recondition equipment, we might not take it down to that level,” Schofield said. “There may be some plastic components or riveted mechanisms that are not suitable for remanufacture.”

“In many instances, the OEMs have not shared the intellectual property as to how products were made originally, so that we could verify the re-engineering is done the right way,” Schofield said. “We solve that problem by testing every piece of equipment we ship according to NETA and ANSI standards.”

Schofield serves on the board of RIC, which is currently lobbying Congress to grant tax credits for companies using remanufactured or reconditioned products.

“These customers choose us for a variety of reasons, mainly emergency and obsolete requirements,” he said. “When a facility is down and parts are no longer manufactured or the lead time is weeks away, we offer a safe, quick and dependable solution to get a customer back up and running.”

“Relectric has invested several hundred thousand dollars in testing equipment in order to ensure high quality, safe products,” he said. “Each breaker is tested against the manufacturer’s testing criterion, and only those that pass are sent to our customers.”

For years, the company has placed a barcode on every item tested that shows the test results and who conducted the test, with the information stored in a database, Richardson said. This standard has recently been written into the NEC and is recognized as a best practice.

“We are able to offer extended warranty on products due to our rigorous testing procedures,” he said. “In the end, what we sell is trust. Our customers trust that we will sell safe, specification-meeting products that will be delivered on time at a fair price.”

Sometimes buying and using reconditioned equipment is the only option. Safety is paramount, so potential reusers should follow industry guidelines and shop responsibly.