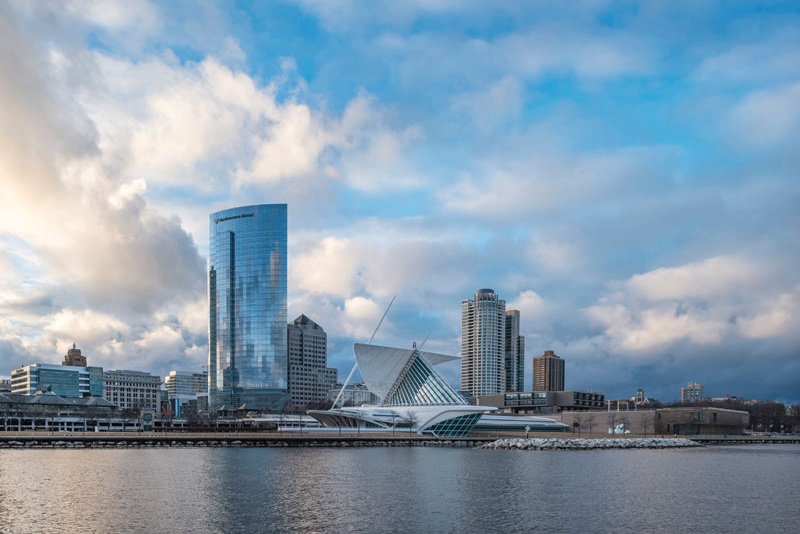 The Powering America Team is helping transform the Milwaukee skyline. With the new Northwestern Mutual Tower and Commons, comparisons are being drawn to another nearby metropolis more well-known for its tall buildings.

While one skyscraper will not turn Milwaukee into Chicago, the project is impressive by any measure. When completed, the tower and commons will have approximately 1.1 million square feet of office space. The tower itself will stretch 32 stories, or 550 feet into the Milwaukee skyline. It will be the second tallest building in the state and the largest in terms of square footage. The adjoining commons will include 4.5 acres of public park space, public dining and company conference amenities.

Launched in summer 2014, the project is scheduled for completion this year. In the process, the insurance company said it will have created 1,000 construction jobs and invested more than $450 million in design and construction. Northwestern Mutual deconstructed its East Building to make way for the new complex.