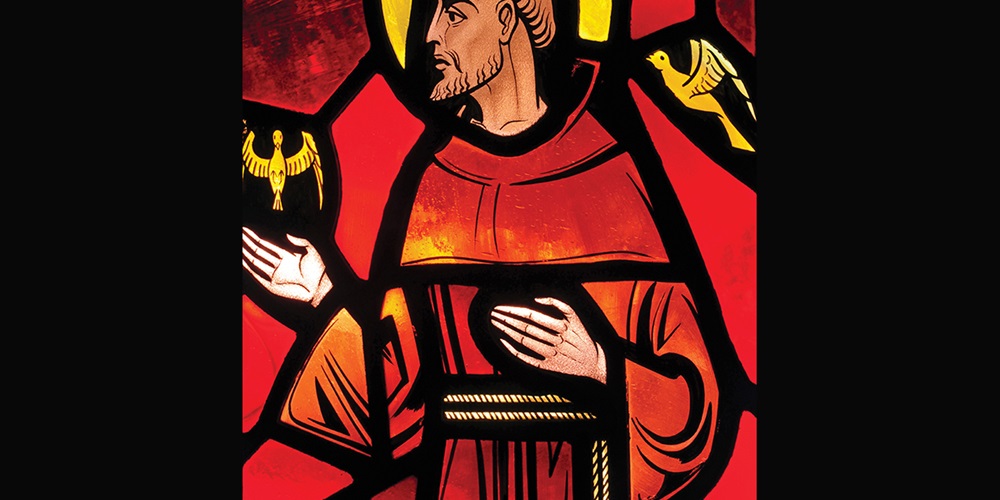 Green Bay-based electrical contractor Eland Electric Corp. designed and installed the solar-powered system. It is the largest installation for a religious organization in Wisconsin (similar installations are at several local area businesses, including Ace Manufacturing, Astro Plating, Eland Electric and Krueger International). The system serves as power for the convent activities and will be used for educating visitors about how solar energy can limit the use of resources.

Sisters of St. Francis has 57 women serving the Catholic Diocese of Green Bay and can accommodate 35 full-time residents. The solar project began several years after building construction wrapped up in 2006. After construction was completed, the sisters found the structure had an increased carbon footprint. Although it was a more comfortable building than the predecessor, and in some ways more efficient, it used more energy. Newer codes required more mechanical and electrical systems that had not been present in the old building, including air exchange and an air conditioning system. Sister Rose Jochmann, community treasurer, said the order wanted a building with a lower impact on the environment and began looking into solutions. The sisters created a sustainability committee that examined alternative-energy options.

Wind turbines were too expensive to install and operate, and they were unpopular with the surrounding residential community. Biofuels seemed unrealistic. The sisters considered solar-thermal power for water heating but settled on a solar PV system instead. They contacted local utility Wisconsin Public Service for recommendations and, ultimately, got in touch with Eland Electric.

Eland Electric has grown with solar

Eland Electric has been providing solar power to businesses, homes and organizations in the area for years. Founded in the 1960s, the company has always been a family operation. Its focus hasn’t changed much over the decades; commercial and industrial jobs make up the majority of its business.

“We could see that just pipe and wire wasn’t going to be enough” in the long run, said Jesse Michalski, Eland Electric project manager.

Therefore, the company investigated other services it could offer its customers. It opened a voice/data/video division for structured cabling installations and began placing building automation systems. It also began investigating the growing solar-power movement.

Solar-energy use is growing rapidly in the United States. According to the U.S. Energy Information Administration (EIA) in a 2014 Electricity Monthly Update, use of solar PV power in the past four years had increased sixfold, from about 2,000 megawatts (MW) of installed capacity to 12,000 MW. Solar-energy generation (which does not necessarily rise to capacity) was up about four times what it had been in 2010. In addition, the national average PV system installation price dropped by 11 percent to $2.71 per watt by late 2014. Since the third quarter of 2010, the average price of a PV panel has dropped by 63 percent.

On a local level, however, utilities have been giving a boost to solar. Utility customers in the Green Bay area were earning some rewards for solar installations, and Eland Electric got into the business. In 2008, it became Wisconsin’s first electrical contractor to be certified by the North American Board of Certified Energy Practitioners to install solar-electric systems.

Eland Electric gets to work

The St. Francis project began on Earth Day, Apr. 22, 2014. The religious order’s maintenance department discouraged placing panels on the roof because it wasn’t big enough to accommodate the number of panels intended. Not only would it make maintenance difficult, the panels would have to come down whenever the roof is replaced. In addition, the roof was inaccessible to the public, Sister Rose said. The convent wanted the public to be able to access the panels for education.

The size of the planned installation scaled down as the order began working with Eland Electric. Sister Rose said the group initially wanted to cut utility power use by one-half.

“They gave us a proposal for a half-million [dollars],” she said, and they decided to scale back to bring the price down.

Because the convent is located on a 5-acre strip of land that narrows to a point, they were able to set up the system in three rows of panels, one 300 feet, the second 200 feet and the third 100 feet in length.

Eland Electric installed the earth-screw foundations, aluminum racking structure, PV modules and a central string inverter, which is needed to convert the direct current energy produced by the modules into usable alternating current energy that matches and syncs with the local utility grid.

The modules are manufactured by SolarWorld, Hillsboro, Ore. Given the choice, Eland Electric specifies SolarWorld modules because they are made in the United States.

“We have installed other modules, but those projects have been designed by an engineer outside our control,” Michalski said.

On average, the modules provide about 12,150 kilowatts of energy per month. That’s equivalent to the amount of energy consumed by about 12 homes. Michalski said the panels operate well in Wisconsin and can reduce convent power usage by 10–25 percent even on overcast days.

Overall, the order expects a 30 percent reduction in electrical power use, but that varies month to month. Unsurprisingly, the convent found that November, December and January have been the least productive months.

“No matter what, we’re happy we’re saving energy; we certainly will continue on our sustainability mission, which is evident in the sisters,” Sister Rose said.

By saving the convent power costs, the system is expected to pay for itself in about 10 years. The annual environmental benefits are equivalent to offsetting 236 barrels of oil from being burned, thus eliminating the release of more than 111 tons of carbon dioxide, according to the Environmental Protection Agency.

Beyond the PV system, the convent also protects its natural surroundings with earth-friendly landscaping, use of daylighting and energy-efficient windows.

The sisters installed a walking path with plaques that offer information to visitors about solar energy. The area is not yet open to the public, but individuals or groups can reserve a time to visit on the convent’s website when it does open.

The sisters energized the system on June 5, 2014, at which time it began reducing the power consumption by nearly one-third.

“Through this project, the sisters want to witness sustainability and educate others about renewable energy,” Sister Rose said, adding that, for the convent, sustainability means a way of living that “meets the needs of the present generation without compromising the ability of the future generations to meet their needs.”

Earlier this year, RENEW Wisconsin named Eland Electric renewable-energy business of the year for its efforts in providing cost-effective renewable energy to customers in Wisconsin. The company installed about 1 MW worth of solar power in 2014. Altogether, it has several dozen customers in the Northeastern Wisconsin area with solar panels providing at least part of the energy consumed.

Sisters of St. Francis of the Holy Cross, a Catholic women’s community in Green Bay, Wis., has a special connection with the environment. St. Francis of Assisi is the patron saint of animals and nature, and the convent is doing its part to follow St. Francis’ mission with photovoltaic (PV) power that helps fuel the electrical system in its building.